Dennis Prager
|
Posted: Apr 18, 2017 12:01 AM
Share   Tweet
The opinions expressed by columnists are their own and do not necessarily represent the views of Townhall.com. 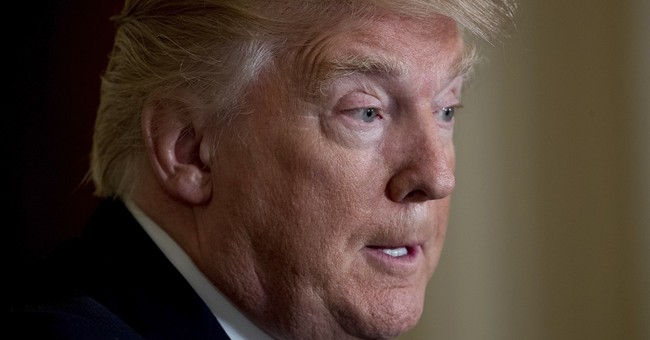 If you prize clarity, then these past weeks were some of the best in memory.

1. When America leads, the world is better.

For the first time in eight years, the allies of America and the world's decent people celebrated America's return to leadership. Just about all of them understand that if the United States doesn't exercise its power, the worst regimes on Earth will.

The left claims to care about the downtrodden of the world, but this concern is a moral fraud. The downtrodden the left most care about are American blacks, women and gays. And Palestinians. But these groups aren't downtrodden; they are merely a vehicle by which the left attacks America and Israel to gain power. The truly downtrodden -- that is, the most oppressed people in the world, such as Christians living in the Middle East, and the victims of Syrian President Bashar Assad's tyranny -- know who really cares about them: Trump and America's conservatives.

2. The terrible presidency of Barack Obama is beginning to be acknowledged.

Following President Trump's order to attack Syria about 63 hours after the Syrian regime seemingly used chemical weapons, even many in the mainstream media couldn't help but contrast his prompt response with Obama's nonresponse to Assad's use of chemical weapons in 2013. And almost every report further noted that Obama failed to do anything after having promised that he would regard the use of chemical weapons by Assad as crossing a "red line."

These contrasts are important for a number of reasons, not the least of which being there is now hope that Obama's star will dim as time goes on.

This will come as somewhat of a surprise to those on the left, but many of us who are not on the left believe that Obama did more damage to America than any previous president -- economically, militarily and socially.

Regarding the social damage, as the first black president in American history, he could have been an unprecedented force for racial healing but instead left America more racially divided than any modern president. In his repeated citing of Ferguson, for example, he helped spread the lie that a racist white Missouri police officer had killed an innocent black teenager without reason (other than racial bias).

He deceived the American people (the "if you like your doctor, you can keep your doctor" assertion and more) in order to pass Obamacare, one of the largest government-expanding programs in American history. He used presidential power in an unprecedentedly authoritarian manner. He showed far more understanding of the Iranian theocracy than of the Israeli democracy. His Internal Revenue Service and Department of Justice were politicized in ways reminiscent of corrupt Third World regimes. And he left America fighting a (thus far nonviolent) second Civil War.

3. The interminably repeated left-wing lie that Trump and Russian President Vladimir Putin are in cahoots has exploded. With Trump's military attack on Assad and verbal attacks on Russia, that claim has been shown to be what those with a little common sense knew it to be: a baseless, wholly made-up conspiracy theory meant to explain an election loss with which Democrats still haven't come to grips. In fact, President Trump has shown more backbone with Russia in his first 100 days in office than President Obama did in eight years.

4. Another charge made over and over by the left -- the mainstream media, academia and the Democratic Party -- that the Trump election had unleashed an unprecedented amount of anti-Semitism was proven to be yet another left-wing hysteria based on a left-wing lie. It turned out that bomb threats phoned into Jewish community centers and Jewish agencies came not from Trump supporters and "white supremacists" but from a black radical and a disturbed young American Jew living in Israel.

Given that factual and moral clarity are conservatism's greatest allies, we may be witnessing the beginning of a conservative Renaissance, the likes of which we haven't seen since the advent of progressivism.