Where Have All the Christmas Decorations Gone? A Meditation on Joyless Secularism

Dennis Prager
|
Posted: Dec 20, 2016 12:01 AM
Share   Tweet
The opinions expressed by columnists are their own and do not necessarily represent the views of Townhall.com. 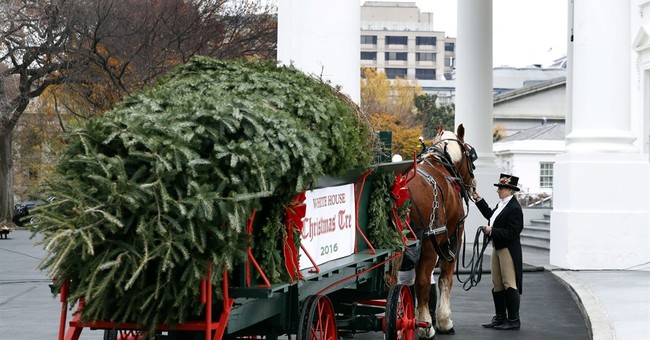 Where I live (near Los Angeles) you can drive for blocks without seeing a single home with Christmas lights, let alone a manger scene or some other religious decoration. And you can drive miles and see fewer than a dozen.

I grew up in Brooklyn, New York, in an area where most residents were either Italian or Jewish. So many homes had Christmas decorations that you could almost be sure that if the home wasn't decorated, a Jewish family lived in it. And while I was -- and remain -- a committed Jew, I loved -- and still love -- those decorated homes. It makes December special.

But today, December is not special in large swathes of America. Secularism has taken its toll. And the lack of color this time of the year compared to decades ago perfectly exemplifies some of its consequences.

Secularism literally and figuratively knocks color out of life.

Without God and religion there is, of course, much to enjoy in life. You can enjoy Bach without believing in God (though Bach would not have composed anything if he didn't believe in God); you can enjoy sports, books, travel and so much more.

But there is a monochromatic character to life without God and religion. And you can literally see it this month. When I compare blocks of homes without Christmas decorations to blocks filled with homes with Christmas decorations, I think of my trips to the Soviet Union and other communist countries. One of the first things that struck any visitor from the West was how gray everything looked. There was essentially no color -- just as today's decoration-free homes appear.

Secularism in the West has a deadening effect. It tends to suck the joy of life out of individuals and the larger society. It is particularly noticeable in young people. Secular kids are more likely to be jaded and cynical than kids raised in religious Christian and Jewish homes.

What secular joys can compare to a family putting up Christmas decorations and a Christmas tree, going to church together, singing or listening to Christmas carols and engaging in the other rituals surrounding Christmas? None.

The same question can be posed to Jews. What secular joys compare to having Shabbat meals every week with family and friends, or building a sukkah (the holiday booth) with your children for Sukkot (the Feast of Tabernacles)? None -- for adults or children.

The indoctrinated -- better-known as the well-educated -- have been misled to believe that because secular government is good and theocracy is bad, secularism must be good. But it isn't.

Secularism not only knocks out joy but also destroys ultimate meaning.

Without God and religion, life is ultimately no more than random coincidence. You and I have no more meaning or purpose than puffs of clouds. The only difference is that clouds don't need to believe that they have meaning.

This lack of meaning in secular society is the reason for the development of the post-Christian isms and movements in the West. They give people meaning. Marxism, communism, fascism and Nazism -- not to mention all the nonviolent but socially destructive left-wing movements of our day -- are all secular substitutes for what religion once gave: meaning.

Secularism also destroys art. Contemporary art museums are filled with nihilism and talent-free meaninglessness masquerading as art. And worse, they are increasingly filled with the scatological. One of the Guggenheim Museum's latest featured works is a solid-gold toilet that's usable by visitors. It's titled "America" so that one can literally urinate and defecate on America -- and feel sophisticated while doing so.

America is a society in decline because Americans have abandoned the religious foundations of their country. The colorless and joyless Christmas manifested in the increasing number of homes without Christmas decorations is a clear and dispiriting example.