Trump, Republicans and the 'Principles' Question

Dennis Prager
|
Posted: Sep 06, 2016 12:01 AM
Share   Tweet
The opinions expressed by columnists are their own and do not necessarily represent the views of Townhall.com. 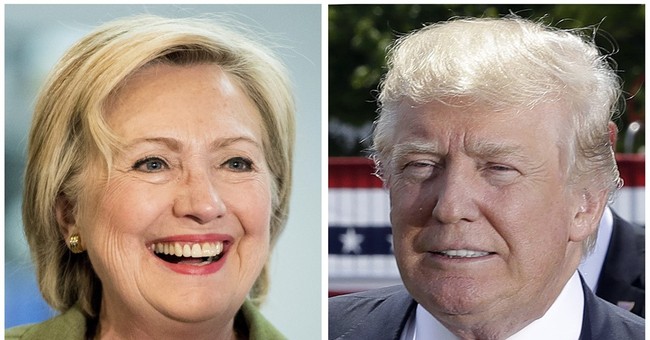 Trending
All #NeverTrump conservatives maintain that their decision to never vote for Donald Trump is guided by their principles. I have no doubt that this is true.

But some of them seem to imply, or at least might think, that conservatives who vote for Trump have abandoned their principles. Indeed, the charge of compromising on principle is explicitly levied at Republican politicians and members of the Republican "establishment" who support Trump.

I cannot speak for all conservatives who are voting for Trump, but I can speak for many in making this assertion: We have the same principles as the #NeverTrumpers, especially those of us who strongly opposed nominating Trump. That's why we opposed him, after all. Almost everything that prevents #NeverTrumpers from voting for Trump also troubled us about the candidate. (I should note that some of us are less troubled today.)

So where do we differ?

We differ on this: We hold that defeating Hillary Clinton, the Democrats and the left is also a principle. And that it is the greater principle.

This argument is profoundly mistaken.

It assumes that America can survive another four years of Democratic rule.

And it depends on what "survive" means. If it means that there will be a country called the United States of America after another four years of a Democratic presidency, and after, quite possibly, another four decades of a left-wing Supreme Court (as well as dozens of lifetime appointments to the equally important lower federal courts), then country will surely survive.

But I do not believe that the country will surely survive as the country it was founded to be. In that regard, we are at the most perilous tipping point of American history.

It is true that the country was threatened with survival in the 1860s, and only a terrible civil war kept it whole. But with the colossal and awful exception of slavery, neither side challenged the founding principles of America.

That is not the case today. One side seeks to undo just about every founding principle that made America exceptional. Important examples include small and limited government; preservation of the power of the states to serve as political and social laboratories; a belief in individual responsibility; a society rooted in Judeo-Christian morality -- one composed of people who nearly all affirmed in God and Bible-based moral teachings; and a deep sense of a unifying American identity and destiny.

The left is successfully undoing every one of those founding principles.

In fact, the left and the Democratic Party (which are now indistinguishable) boast of their aim to do so. As then-Senator Barack Obama accurately prophesied in 2008,

"We are five days away from fundamentally transforming the United States of America."

And for the first time in American history, a man calling himself a socialist won the great majority of young people's votes in the Democratic presidential primaries. Sen. Bernie Sanders' new political movement is accurately named "Our Revolution."

Of course, for conservatives "our revolution" occurred in 1776. So the left is in fact leading a counter-revolution.

Therefore, with another four years of Democrat-left rule -- meaning a nearly permanent left-wing Supreme Court and left-wing-controlled lower courts; the further erosion of federalism; an exponential growth in the power of the federal government; further leftist control of education; and the de-Americanization of America in part by effectively eliminating its borders, in part by substituting multiculturalism for American identity and in part by giving millions of illegal immigrants citizenship -- America will not be America.

We conservatives who will vote for Trump understand that he is the only vehicle we have to prevent this. We recognize that though there are some fine individuals who hold left-wing views, leftism is a terminal cancer in the American bloodstream and soul. So our first and greatest principle is to destroy this cancer before it destroys us. We therefore see voting for Donald Trump as political chemotherapy needed to prevent our demise. And at this time that is, by far, the greatest principle.