Feminization of America Is Bad for the World 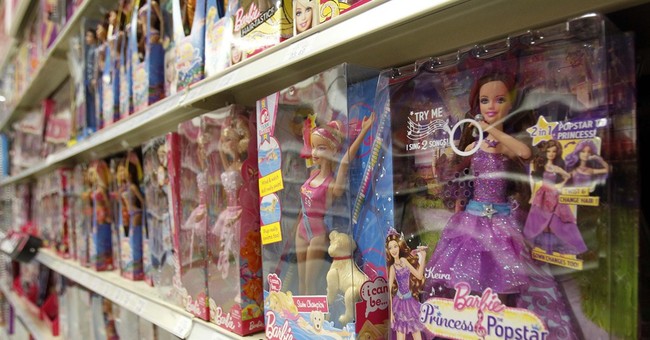 Last week the New York Times published an article, “Sweeping Away Gender-Specific Toys and Labels,” that contained three sentences that explain one of the most important phenomena in American life.

In discussing the increasing move to do away with gender-specific toys – something the New York Times approves of – the article quoted Tania Missad, the “director of global consumer insights” at one of the world’s largest toy manufacturers, Mattel:

“Mattel’s research showed some differences in what girls and boys wanted in their action figures, Ms. Missad said. ‘For boys it’s very much about telling a story of the good guy killing the villain. . . .’ [Girls] would tell us: ‘Why does the good girl have to kill the villain? Can’t they be friends in the end?’”

Very little academic research on sex differences is likely to be as accurate as research conducted by businesses and advertising agencies. The reason is simple: Businesses and advertising agencies have no social or political agenda; their agenda is profit. Their assessments must be accurate or they lose money; and those providing wrong assessments are fired. Academics, on the other hand, have nothing on the line. When they publish studies that purport to show that boys and girls want the same types of toys, they lose nothing for asserting something so patently false. In business there is a very big price paid for believing what is untrue. Among academics, there is no price – certainly not their reputations, because other academics want to believe the same nonsense.

The Mattel research reveals that male nature wants good guys to kill bad guys (of course, in bad societies the definition of “good guy” and “villain” may well be inverted, but that is a values issue, not a male-nature issue); and that female nature wants the good guy and bad guy to “be friends in the end.”

This difference may be the most important of all the sex differences. Indeed, it can actually shape the future of America and of the world.

Of course, there are women who want evil destroyed – the late Margaret Thatcher, for example. And there are men who oppose confronting evil – the men who lead the modern Democratic Party, for example. (One such man is the president of the United States, whose has a feminized view of those who do evil – talk to them, but don't confront them, label them, or fight them.)

But these exceptions happen in large numbers under two circumstances: when women get married and when men are feminized.

When women get married, they are often influenced by their husbands with regard to political and moral issues, just as married men are influenced by their wives on a whole host of micro issues. As a result, married women are more likely than single women to prefer to fight villains than to befriend them.

Meanwhile American boys are increasingly raised by single women and taught almost only by female teachers. In addition, they are often taught to be ashamed of their masculine natures and to reject traditional masculine virtues.

The consequences will be disastrous for millions of people around the globe. When America retreats from killing bad guys, bad guys kill more innocent people. We are witnessing this right now as a consequence of America abandoning Iraq and retreating from the world generally. Islamic State took over more and more territory as America abandoned those territories. Ironically, therefore, as American foreign policy becomes feminized, more Middle East females are raped.

Whenever I see the liberal bumper sticker, “War Is not the Answer,” on a car, I look to see who is driving. In years of looking, I have seen one male driver.

Both women and men have flawed natures. They share human nature, which is deeply flawed, and the sexes have their own particular natures, which are also flawed. That is one reason men need women and women need men. Men need women to soften their intrinsic aggressive nature and to help them control their predatory sexuality; and women need men to, among other things, better understand that evil people and regimes must be fought, not nurtured.

Mattel’s research has told a truth that America and the world need to pay attention to.

The Left has done many destructive things to America. It is quite possible that none will prove to be more destructive than its attempt to obliterate gender-distinctions.