How Do You Know What's Right and Wrong? Left-Right Differences, Part VII 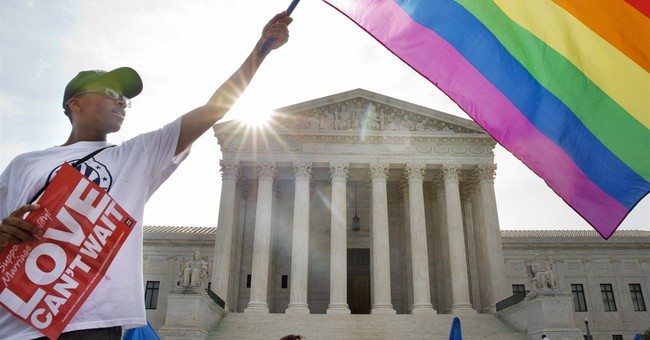 How can we determine what is morally right? The answer to this question -- the most important question human beings need to answer -- is a major difference between Left and Right.

For conservatives, the answer is, and has always been, that there are moral truths -- objective moral standards -- to which every person is accountable. In America, this has meant accountability to the Creator, the God of the Bible, and to Judeo-Christian values.

For the Left, the answer has always been -- meaning since Karl Marx, the father of Leftism -- that there is no transcendent source of morality. On the contrary, as Marx wrote, "Man is God," and therefore each human being is the author of his or her own moral standards.

There are, of course, both religious leftists and secular conservatives, but the secular-religious difference explains many of the fundamental differences between Right and Left.

As a rule, leftists fear and have contempt for people who base their values on a transcendent source such as religion and the Bible. Such people, in the Left's view, "can't think for themselves -- they need a God and a religion to tell them what's right and wrong." Leftists contrast these conservatives with themselves, people who think issues through and do not need God or religion.

This ideal of thinking everything through for oneself sounds admirable. And to a certain extent it is. People should think things through. And too often, religious people can sound like they haven't done so.

But if there is no God and religion, there are no moral truths, only moral opinions. Without God and religion, good and evil, right and wrong, don't objectively exist. They are subjective terms that just mean "I like" or "I don't like."

Therefore, no matter how much one thinks things through, without God and religion -- specifically, the God of and the religions based on the Bible -- the individual's conclusions about what is right or wrong can only be opinions about what is right or wrong. Without God and religion, morally speaking, there is no fixed North or fixed South. The needle points wherever the owner of the compass thinks it ought to point.

You don't have to take my word for it. Recently, in The New York Times, a professor of philosophy wrote about this complete absence of moral truth among younger Americans:

"What would you say if you found out that our public schools were teaching children that it is not true that it's wrong to kill people for fun or cheat on tests? Would you be surprised? I was.

"The overwhelming majority of college freshmen in their classrooms view moral claims as mere opinions that are not true or are true only relative to a culture.

"It should not be a surprise that there is rampant cheating on college campuses: If we've taught our students for 12 years that there is no fact of the matter as to whether cheating is wrong, we can't very well blame them for doing so later on."

So, then, if there is no moral truth, how do most secular people arrive at moral decisions?

According to how they feel. On the Left, personal feelings usually supplant objective standards.

Many liberal parents and teachers do not tell their children what is right and wrong. Rather, they ask their children and students, "How do you feel about it?"

In fact, feelings often supplant reason, not just moral truths. On the Left, feelings for the poor, for selected minorities, for the downtrodden, gays, women, Muslims and others are frequently all that is necessary to formulate policy.

For the conservative, as important as feelings may be, feelings are just not as important as standards in making social policy. But for the contemporary liberal, feeling -- or "compassion," as the Left puts it -- is determinative.

As much as one may -- and should -- feel about historic injustices committed against black Americans, the conservative will not eliminate standards. Therefore, conservatives oppose lowering admissions standards at academic institutions for black students; liberal compassion is for it.

Conservatives generally oppose changing the marital standard of one man-one woman; liberals' compassion for gays supports it. Indeed, given the supplanting of standards with feelings, liberals will find it difficult to oppose polygamy. If love between people is the criterion for marriage, two people who love a third person should not be denied the right to marry that person.

Conservatives oppose abolishing the biological standard of gender identity and therefore oppose allowing men who identify as women to play on women's sports teams; liberals have compassion for the transgendered and therefore drop the athletic standard.

Conservatives' commitment to a standard of true and false means identifying terrorists as Islamic; liberals feel for the many good Muslims in the world and therefore often refuse to identify Islamic terror by name.

In his Farewell Address, President George Washington's most famous speech, the first president perfectly expressed the conservative view on the need for God and religion for moral standards and for societal standards generally:

"Of all the dispositions and habits which lead to political prosperity, religion and morality are indispensable supports ... these firmest props of the duties of Man and citizens."