Noah: One of the Most Moral Stories Ever Told 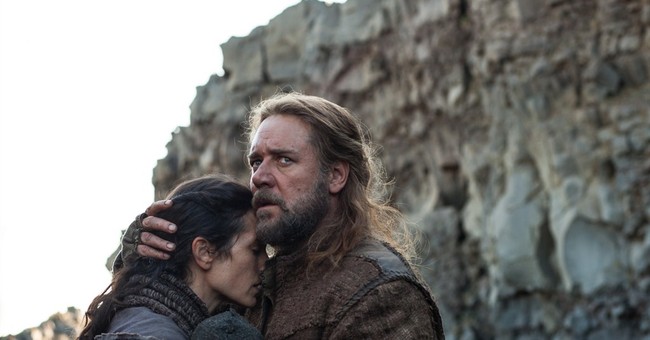 Having taught the Torah (the Five Books of Moses) from the Hebrew for more than 40 years (hundreds of hours are available by download through my website), I consider the biblical flood story one of the world's most profound moral teachings. As I will show, it means that God cares about goodness more than anything else.

Let me explain by answering the most frequent challenges to the story.

Q: Why did God destroy the world?

A: Because "The Lord saw how great was man's wickedness on earth. ... And the Lord regretted that he had made man on the earth and His heart was saddened" (Genesis 6:5-6).

When God created the world, He announced after each day's creations, "It was good." But only after His final creation -- the human being -- on the sixth day, did God say, "It was very good." God was particularly pleased with, and had the highest hopes for, this creation, the only one created "in His image." This is not about man having God's physical attributes (God is not physical). It is about humans being infinitely more precious than all other creations; and only man, like God, has moral knowledge and therefore moral free will.

When God saw how cruelly human beings treated one another, He decided that He would start over. Once people reach a certain level of widespread evil, life is pointless.

Q: Why did God destroy animals as well?

A: In the biblical worldview, the purpose of all creation is to benefit man. This anthropocentric view of nature, and indeed of the whole universe, is completely at odds with the current secular idealization of nature. This secular view posits that nature has its own intrinsic meaning and purpose, independent of man.

All of creation, in the biblical view, was to ultimately prepare the way for the creation of man. But one does not need the Bible alone to hold this view. A purely scientific reading of the universe is in keeping with this view. Everything -- every natural and physical law -- is exquisitely tuned to produce life, and ultimately man, on earth.

First, this is so only if you believe that the biblical flood story states that the entire earth from the North Pole to the South Pole was flooded and that every living creature from penguins to polar bears, except for the animals and the people on Noah's ark, was killed. But that is not what the story says. The narrative speaks of the world where Noah lived: It is expressly stated in Genesis 9:10 that there were other animals in the world that were not killed by the flood.

Second, the primary purpose of the flood story -- like other stories in the Bible, such as the creation story -- is to convey enduring wisdom and moral insight, not geology or science. And the lessons of the flood story influenced civilization for millennia.

Q: What are these lessons?

A: One has already been mentioned: If evil becomes widespread enough, there is no longer a purpose to human existence.

Second, God values goodness more than any other human trait. Thus, the only reason Noah was saved was that "Noah was a just man and perfect in his generations" (Genesis 6:9). This alone renders the biblical story unique among the flood stories of the ancient world. In those stories, a very common reason the gods saved a man was that the gods found him physically, not morally, exceptional.

Third, God hates evil. And so should we.

A fourth lesson is the moral necessity of divine revelation. God created man without giving him a Ten Commandments or any other revealed moral instruction. The only moral code was the one God built in to the human being: the conscience. Clearly this was not enough to make a good world. The world sank into evil. This is another biblical lesson that runs entirely counter to a dominant belief of the modern age. The secular world holds that religion and God are morally unnecessary; the individual's conscience is sufficient to guide moral behavior. The Bible, as usual, knew better.

After the evil that led to the flood, God decided to reveal basic moral rules -- such as that murder is wrong. So wrong that one of the moral rules revealed after the flood is that murderers must be put to death -- yet another way in which this story runs counter to the prevailing doctrines of our time. No wonder the secular world ignores the Bible and the left largely loathes it.

Given the unprecedented ignorance of the Bible in contemporary America, it is likely that more young Americans will only know the Noah of "Noah." We can only hope that the film offers even a fraction of the wisdom of the original.