Some Silver Linings in Our Dark Economy 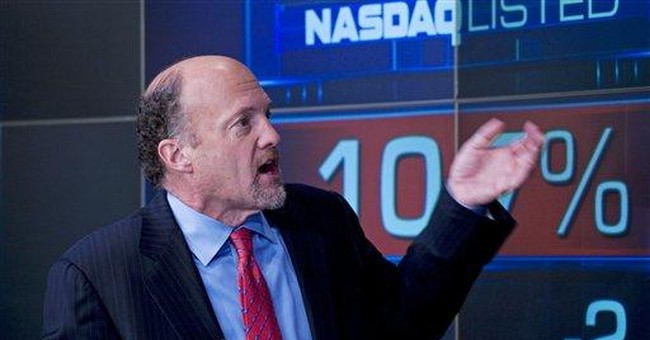 There are two definitions for the term “optimist”: One who believes the future is good and one who sees the good in any given situation.

I am as little an optimist by the first definition as I am a big optimist according to the second. In the world (as opposed to my own life), I rarely think things will turn out well because they rarely do. Evil often triumphs; and even when defeated, the amount of human suffering it causes does not mean that the optimists were right. Hitler was vanquished, Stalin’s regime fell, and Mao finally died. But to the hundreds of millions of innocent people who were slaughtered, tortured, and enslaved those happy endings were irrelevant.

As regards the second definition of optimism (please see an extended discussion of this in my book “Happiness Is a Serious Problem”), count me in. It is imperative to find, or even manufacture, bright spots in a dark situation.

So here are some silver linings in our dark economic circumstances:

-- Most people are complaining less. They are more grateful for whatever they have than they were before. For example, just about everyone who still has a job is grateful for having it; nearly all of us now realize how fragile employment is. Therefore, there is an increase in the most important human quality -- gratitude. It is the root of both goodness and happiness. Grateful people are better people and they are happier people. They make the world better while the ungrateful make it worse. So the increase in gratitude may make our society better.

-- Given how many of these people were highly educated Ivy League graduates, more and more Americans may come to realize that Harvard and Yale turn out at least as many fools (perhaps more given their high incidence of arrogance) than San Diego State University or Long Island University. For years I have been urging listeners to my radio show to send their children to less expensive colleges with reputations for quality (of which this country has many) rather than mortgage their homes or raid their retirement funds to pay for high-priced colleges that offer equal or inferior instruction but more “prestige.” I was right. American parents have wasted vast sums of money purchasing cachet rather than a superior education.

-- The flirtation of capitalists and moderate liberals with left-wing politics may diminish. Why entrepreneurs who made millions would support the Democratic Party and other parts of the left when the left’s policies make it so much more difficult for others to attain financial success has always eluded rational explanation. Now that the society cannot afford liberal-left social policies -- indeed they are on their way to bankrupting cities, states, and perhaps one day America -- erstwhile financial sector and moderate liberal supporters of the Democratic Party are beginning to question leftist ideas. Some examples:

Jim Cramer, Obama admirer and host of CNBC’s Mad Money: “President Obama's budget may be one of the great wealth destroyers of all time.”

Warren Buffett, billionaire Obama supporter: “You can’t expect people to unite behind you if you're trying to jam a bunch of things down their throat.”

Clive Crook, Financial Times: “Barack Obama’s first budget showed him to be more of a left-leaning liberal than I and many others … had previously supposed.”

-- Big oil producing nations -- most of which are governed by bad people -- have been hit hard. The primitives who run Saudi Arabia, for example, have strutted on the world’s stage as if they have anything more to offer than a necessary commodity that by sheer good luck happens to lie under their soil. The decline in influence of Saudi Arabia, Iran, Russia, and Venezuela is a good thing for humanity.

-- For the foreseeable future -- i.e., until another generation grows up that has not experienced this major economic downturn -- most Americans will return to some basic economic principals like not buying things they cannot afford, and not incurring too much debt. That, too, is a good thing.

If Americans become more grateful; stop venerating millionaire geniuses who produce nothing; spend a lot less on college; finally recognize that the left is a wealth-destruction machine (the left everywhere is much more interested in reshaping society -- therefore much more interested in amassing power than in making wealth); and start living more economically responsibly some real good will flow from this real bad economy.