Dennis Cakert
|
Posted: Apr 16, 2016 12:01 AM
Share   Tweet
The opinions expressed by columnists are their own and do not necessarily represent the views of Townhall.com. 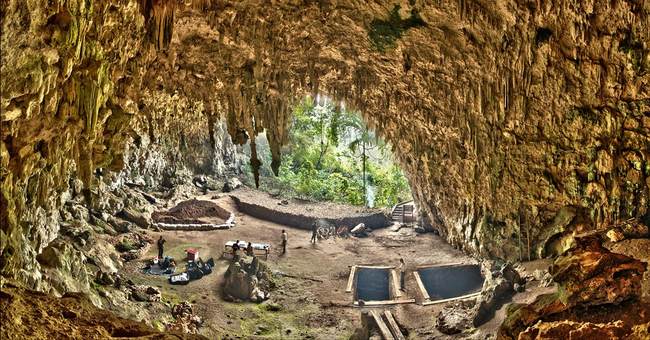 There is much we can learn from Hobbit tax policy.

After completing the long journey to send the ring of fire back into the fiery caverns from which it came, the four hobbits return to their beloved shire only to find their family and friends enslaved under a system of “taxes and fair distribution.”

Since only a few Americans are old enough to have experienced life before the federal income tax was passed in 1913, it can be hard to imagine life without it. The beauty of literature is that it allows us to imagine a place we have never experienced before.

The Shire was once a thriving community of Hobbits found in the rolling green hills and tall trees of northwest Middle Earth. The Hobbits had a deeply entrenched culture, evidenced best by the strict meal schedule they adhered to. Property rights were unanimously assumed and everyone worked to bring beauty to their own land. The Hobbits were never hesitant when it came to celebrating together, whether it be over a good beer at the Green Dragon or blowing smoke rings under the party tree during Bilbo’s 111th birthday party.

They had a mayor, Michael Delving, and he won reelection every seven years. His primary duty was to preside over banquets, but he was also the postmaster and sheriff. The Hobbits asked very little of their government because they lived together in harmony built on the foundations of mutual goodwill.

And there were no taxes.

However, Frodo, Sam, Merry and Pippin were forced to sacrifice this cheerful lifestyle to destroy the ring. They were left with no choice; the powers growing in the east would eventually consume the Shire and all of its beauty.

Despite the success of the four hobbits, the war in the east did not leave the Shire unscathed. In Frodo’s absence, the evil wizard Saruman, a notorious swindler, managed to convince other Hobbits to break with their culture and seize the Baggins’s property. Through manipulation and deceit, Saruman transformed the Shire. He assumed power over the Hobbits with propaganda and false promises of “protection.” Ugly buildings replaced the once lush green countryside and trees. Hobbits were forced into a newly constructed social hierarchy of power with strict regulations. Essential to the takeover, of course, were the newly implemented taxes for “fair distribution” by the artificial and newly-designated “elite.”

Even the party tree was slain.

It appears that all notions of individual responsibility and love of thy neighbor had been chased away by fear of violence and false guarantees of security.

But it did not last. Upon their return, Frodo, Sam, Merry and Pippin refuse to accept the current state of life in the Shire. They take action to abolish the tax system and realize the Shire of their memories. Saruman’s cronyism is exposed, his grip on the Hobbit’s minds loosened, and his power devitalized.

The ugly buildings are deconstructed and new trees are planted. The Shire will never be the same as it was, but a similar one is beginning to take route.

Middle Earth exists only in the great mind of Tolkien and the imagination of his readers, but the story sounds eerily familiar. We live in a society where nearly all voters were born after the passage of the income tax in 1913, after the two World Wars, after the New Deal, and after President Johnson’s war on poverty. None of us know what it is like to live with a small government – having a big government is now part of our culture. As a result, it is hard for us to imagine a government where the same person occupies Mayor, Sheriff and postmaster year after year and does nothing, because the people take care of each other out of mutual goodwill.

When I hear our government and certain politicians try to legitimize their intrusion into every facet of our lives – from choosing our doctors to choosing what kind of transportation we are allowed to take home after a night with friends – I am reminded of how Saruman used protectionist propaganda to invade further into the Hobbit’s lives.

Unfortunately, some people believe the phrases “lower taxes” and “deregulation” only come from supposed corporate shills, but I disagree. When I hear those phrases, I think of Hobbits, the Shire and freedom.