Dennis Avery
|
Posted: Apr 07, 2018 12:01 AM
Share   Tweet
The opinions expressed by columnists are their own and do not necessarily represent the views of Townhall.com. 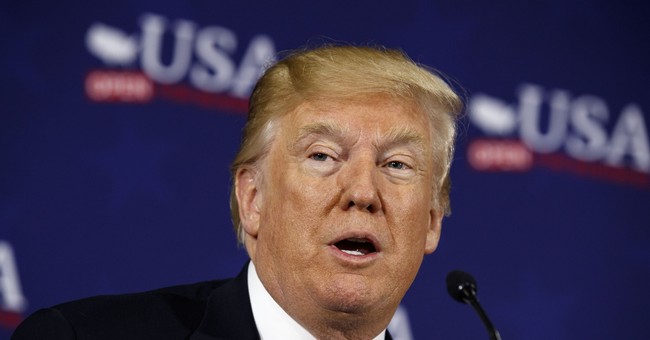 Democrats in farm states are busily warning their rural neighbors that President Trump betrayed them with his tariff pressures, which may especially impact U.S. farm exports to China. China has imposed a 25 percent tariff on U.S. soybeans, wheat, beef, pork and some other food products. Will this ruin American farm prices?

Be of good cheer. The world prices for soybeans and beef are set by global supply and demand. Soybeans and beef are essentially commodities, not unlike oil. It doesn’t really matter whether China buys American soybeans or Brazilian beans because both those countries are willing sellers. If one sells to China, the other will sell to the other countries that also import to meet their sizeable food import needs.

One of the most dramatic farm trade disruptions in history was triggered by the Russian invasion of Afghanistan in 1979, and President Jimmy Carter’s subsequent sudden embargo of American grain to the Soviets. Sales of about 25 million tons of grain headed for Russia were canceled overnight as American wielded its long-touted “food weapon” to punish the USSR.

Grain ships headed from the U.S to the Soviet Union turned around in mid-ocean. However, they didn’t bring their grain back to America because the Russians simply reordered the grain they needed from Argentina and Brazil with a slight price premium. U.S. grain was delivered, instead, to the countries that would have bought Latin American supplies. The “food weapon” turned out to be useless. (Only as the Soviets later gradually extended their own croplands by 28 million acres in subsequent years did they meaningfully impact world grain prices.)

If China needs soybeans to provide food and meat for her consuming millions this year, then she’ll buy soybeans. China made a big deal about buying U.S. soybeans in the past— for whatever modest geopolitical gain that achieved. However, if she’s turning U.S. farm exports away from her shores, she will buy the same food from other sources. This won’t alter the global supply/demand ratio, and few countries will blink twice.

Remember also that the world’s population is still rising and that will continue, but only for the next 30 years or so. The world’s birth rates are sinking as rapidly as its death rates, and the world’s human numbers are likely to peak at about 8.5 billion, about 2060.

China’s population growth has already stalled due to its one-child policy, but it’s a land-short country. Its demand for meat, milk, and eggs will continue to grow, but more slowly.

India already has more people than China, and the Indian numbers will continue to expand until about 2060. India has lots of land; however, is terribly short of water. Growing food demand will keep bumping up against water limits, forcing both more irrigation for Indian farms and rising food imports. Expect the Indians to keep expanding their demand for meat, milk, eggs, and feedstuffs from both domestic and foreign sources. The human hunger for high-quality protein is very powerful.

It may surprise you that Africa will be the new leader in world population growth, and in food demand growth. The catch is that African nations have never in the past been able to afford substantial commercial imports of food. Most of their food imports have comes as food aid. Africa is also the most difficult world region for high-yield farming, mainly because of its constantly shifting drought patterns. Nigeria is already a growing food market due to its oil production, but much of the rest of the continent is mired in “strong man” governance that generates little economic growth to support food importing.

Can the world market for non-food farm products absorb the still-rising productivity of American farm acres beyond 2065? That will become a major challenge for the next generation of U.S. farm owners. There will be an urgent need to find more non-food markets for farm commodities.

Don’t bet on ethanol. Today, fracking has made the United States essentially self-sufficient in gas and oil. Ethanol has become a political orphan. Auto owners are already objecting to the lower mileage and “engine gunk” associated with ethanol-laced fuels. President Carter started the ethanol program in 1979, after the OPEC price shock sharply raised fuel costs worldwide. “Energy independence” became the fuel watchword. Later, the ethanol cause was revived by the Green coalition seeking “renewable” fuels. Now, the automakers say their engine warranties would be voided if an ethanol blend higher than 10 percent is burned.

Meanwhile, the power of the Greens is fading, because the earth has failed to radically overheat as the climate models have predicted for the past 30 years. Thirty years is certainly long enough to declare the models failed. Only a minority of the world’s food-buying public are still committed believers in man-made warming. The subsidies for biofuels, solar panels, and wind turbines are being rapidly ratcheted down as the huge bills for their once-urgent “renewable energy” begin to fall due. Expect less demand for both ethanol and for the wind turbines that have supplemented some farmers’ incomes.

Don’t panic about the Trump tariff negotiations. The long growth period for world food will taper down sharply after 2060. Don’t overpay today for farmland by relying on the old slogan “People will always need to eat.” They will, but there’ll be substantially fewer people.

Share this on Facebook
Tweet
Progressives Are For Sure to Have a Meltdown Over Biden's Immigration Changes Next Month
Matt Vespa
Psaki Doubles Down on Democrats Wanting the IRS to Spy on Bank Accounts
Katie Pavlich
Whistleblower Says ICE Released Over 16,000 COVID-Positive Immigrants Into the US
Julio Rosas
The Price of Democracy: On the Murder of British MP David Amess and His Recent Townhall Column