Debra J. Saunders
|
Posted: Apr 26, 2020 12:01 AM
Share   Tweet
The opinions expressed by columnists are their own and do not necessarily represent the views of Townhall.com. 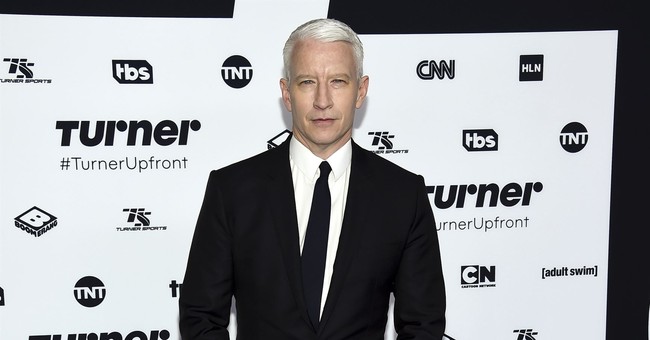 WASHINGTON -- Bless Las Vegas Mayor Carolyn Goodman for wanting to open up Las Vegas for business as soon as possible.

Then breathe a sigh of relief that she doesn't get to make it happen.

Nevada Gov. Steve Sisolak ordered a nonessential business shutdown through April, which is likely to be extended into May. The Democratic governor's action gives the nonpartisan mayor license to spout her opinions without hurting anyone or anything other than her reputation.

The 81-year-old mayor did her cause no favor when she appeared on CNN on Wednesday to make her case. Unfortunately, Goodman did so by suggesting that an open Vegas could serve as the nation's "control group" and that competition would award the cleanest casinos and close those where people get infected because gamblers somehow would know when and where they caught the virus.

Goodman's performance was such a fiasco that late-night TV host and Vegas native Jimmy Kimmel tweeted she "should resign before lunch arrives today. She is an embarrassment to my hometown."

Fair enough, but let's look at the other half of that interview.

CNN anchor Anderson Cooper gave Goodman, who sees her role as a "cheerleader," 25 excruciating minutes of airtime. Let's be clear about the intent of that sitcom-length allotment.

The idea wasn't to explore how a tourism mecca could open for business -- as an actual news story might do. This was pure theater, reality TV dressed up as journalism -- with Cooper mugging on camera, calling Goodman "ignorant" and at one point taking off his glasses and rubbing his eyes in a pose of exasperated disbelief, which made for a viral Twitter screenshot.

What's especially irritating about Cooper's preening-not-probing is his apparent belief that it's his job to ridicule anyone who wants to open America for business.

If you're worried about businesses never reopening, if you think about low-wage workers who don't know how they're going to make the rent and buy groceries, if you fear what's next in this economic freefall, beware. You lack the due reverence owed to what CNN anchors refer to as "the science," and you will be pilloried.

"The science" -- the very term implies that science is a monolithic pursuit devoid of disagreement, which is a fantasy. Nonetheless, CNN talking heads see their role as high priests demanding conformity from nonbelievers.

By making an example of Goodman, Cooper has sent the message to thought leaders: Don't tell people that it's time to go back to work unless you want to be a target.

This lack of nuance has become a reason for the public to tune out CNN.

Where I see workers and small-business owners who are sick over their economic losses and terrified about their future prospects, which grow dimmer with each week of their industries' doors being closed, CNN sees college kids partying on Florida beaches and yahoos in pickup trucks who want to go hunting or get their nails done.

CNN has a narrative, and no fact will get in their way.

Anchor Chris Cuomo had a starring role as the infected newsman who spent "several weeks" of coronavirus quarantine in his basement, ending on April 20. A Long Island bicyclist was shocked to see an allegedly quarantined Cuomo outside his home property on April 12, the New York Post reported. His family posted video of Cuomo outside the home basement, according to The Federalist's Emily Jashinsky, who dubbed the anchor's basement exile "fake news."

As for Goodman, she said a lot of stupid things on CNN last week, but she's smart enough to understand that people need hope -- and the longer the country is shuttered, the harder it will be to put a broken economy back together again.