The Department of Justice and God (Arabic) Be Praised

Debra J. Saunders
|
Posted: Jun 21, 2016 12:01 AM
Share   Tweet
The opinions expressed by columnists are their own and do not necessarily represent the views of Townhall.com. 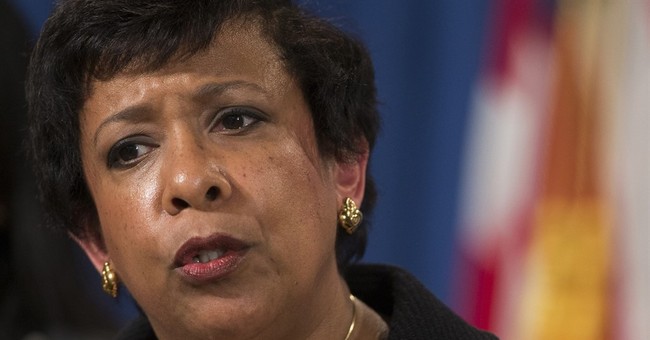 Trending
"I pledge allegiance to (omitted) may God protect him (Arabic), on behalf of (omitted)," said the man who killed 49 innocent people in an Orlando gay bar on June 12. Or so reported a redacted transcript of phone conversations between the shooter and police. The transcript airbrushed all reference to Islam and the Islamic State. U.S. Attorney General Loretta Lynch told ABC's "This Week" that her department was releasing a partial transcript "because we're not going to be, for example, broadcasting his pledges of allegiance. We are trying not to revictimize those who went through that horror."

After House Speaker Paul Ryan chided the administration for its "preposterous" selective editing, the Department of Justice realized its error and released a transcript that included the words "Islamic State." It was no surprise. The shooter had paid homage to the Islamic State and Allah when he posted on Facebook during his killing spree. Did "Allah" make an appearance in the less edited transcript? Not quite. I got no answer when I asked the Justice Department if the killer said "Allah" in what the 2.0 version transcript recorded as "God [Arabic]."

I can see why the feds chose not to release audio of the calls -- why feed other would-be Islamic terrorists' dreams of jihad fame and glory?

But I don't believe the attorney general's rationale for editing the partial transcripts for a New York minute. President Obama frequently chides political opponents for seeing any correlation between Islam and radical Islamist extremism. The president is not content to note that the overwhelming majority of Muslims are not jihadis; he takes the extra step of pronouncing any link between Islam and terrorism as specious.

The administration's editing bespeaks a pattern of willful deception. This isn't the first time the administration has tried to steer public outrage away from radical Islamic terrorism. Weeks before the 2012 presidential election, as the administration wanted to shift blame from its Libya policy. National Security Adviser Susan Rice disingenuously credited an American-made video for sparking the Benghazi attack that left four Americans dead.

In May, Fox News correspondent James Rosen noticed the State Department had removed from its official website a video of a 2013 exchange between Rosen and spokeswoman Jen Psaki. At a news conference, Rosen asked Psaki if it was State Department policy to lie to achieve its goals. Psaki answered, "I think there are times when diplomacy needs privacy in order to progress." (The administration's animus toward Fox News is hardly secret. Lynch's predecessor, Eric Holder, approved a search warrant on Rosen, whom he called a possible criminal co-conspirator in a leak investigation.)