Is College Too Pricey? Wait Till It's Free

Debra J. Saunders
|
Posted: Apr 28, 2016 12:01 AM
Share   Tweet
The opinions expressed by columnists are their own and do not necessarily represent the views of Townhall.com. 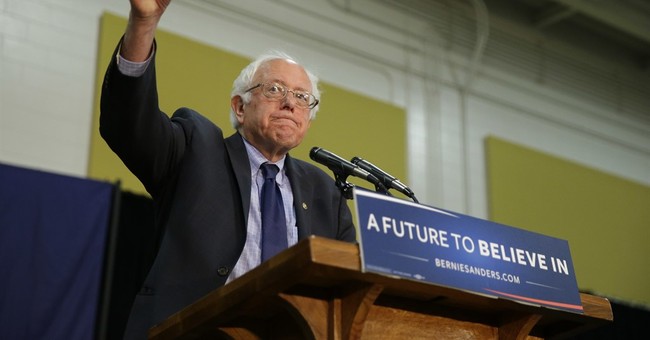 As he panders for the youth vote, Democratic presidential hopeful Bernie Sanders promises free tuition at public colleges and universities because, he says, "a college degree is the new high school diploma." Rival Hillary Clinton supports President Barack Obama's plan to make community college tuition-free -- that is, publicly funded. Beware, America: Imagine how expensive college tuition will be if Democrats somehow manage to make more of it "free." As for value, if Sanders has his way, you can expect the college degree to be the new high school diploma.

On the other side of the aisle, GOP presidential hopefuls rarely talk about "college affordability." The issue is not on front-runner Donald Trump's main issues pages. Ditto for Sen. Ted Cruz of Texas. Ohio Gov. John Kasich suggests that one way to make college more affordable is by encouraging "more students to earn college credit while completing their high school courses" to give them a "jump on their college careers" and a break financially. Republicans wisely are pushing personal fiscal responsibility as the main answer to rising tuition and fees.

Who's going to pay for all this? Everyone. Richard Vedder of Ohio University's Center for College Affordability and Productivity co-wrote a pamphlet for The Heartland Institute on higher education reform in 2011, which explored how federal grants and student loans have driven up the cost of college. His report showed the cost of a four-year degree had more than doubled in inflation-adjusted dollars from 1975. College graduates aren't more literate; they have a lower level of reading comprehension than those who graduated a decade earlier. Also, many grads are underemployed. According to federal statistics, 13 percent of American parking lot attendants and 14 percent of hotel clerks have a bachelor's degree or better.

Vedder described Clinton's plan as better than Sanders' because Clinton does not propose subsidies for affluent families. Both Democratic candidates have good intentions. Nonetheless, Vedder told me Wednesday, their proposals "would have very profound negative unintended consequences." A spike in tuition subsidies would most likely increase the number of college dropouts and underemployed graduates. "If we went to free tuition," Vedder asked, would the real beneficiaries be "the students or the universities?" (Last I checked, college administrators are not living hand to mouth.)

Then there's the big question: "Where are the taxpayers getting the money?" Vedder asked. It's not unfair if college graduates are saddled with student loan debt, because their incomes should be higher than those of adults who didn't go to college.

Over the phone, I asked three of Vedder's students what they think of free tuition. Sure, they stand to benefit personally, but senior Sam Kissinger fears free tuition would "decrease the quality of schools." Junior Will Vosler anticipates a "high school effect" -- with too many students taking college for granted. Senior David Holman has a novel idea to cut costs: "Encourage people not to go directly after high school." Let them work after high school, salt away a few dollars and go to college with a better sense of what they want to do. All three understand that students value an education more when they earn it.