Debra J. Saunders
|
Posted: Jan 14, 2016 12:01 AM
Share   Tweet
The opinions expressed by columnists are their own and do not necessarily represent the views of Townhall.com. 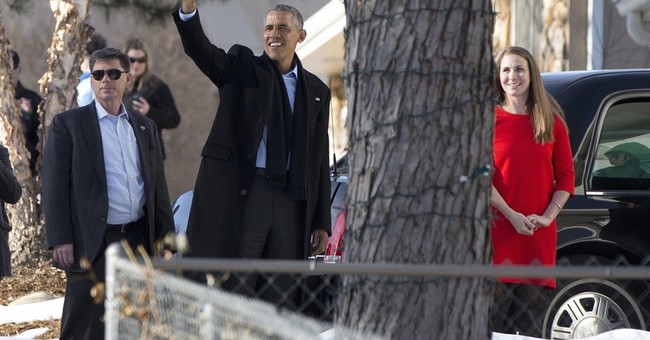 Trending
There are two ways to talk up bipartisanship. You can give the notion lip service. You can lament its loss in modern politics. You can lay the blame of partisan rancor on the times and not at your own clay feet. You can say, "It's one of the few regrets of my presidency -- that the rancor and suspicion between the parties has gotten worse instead of better," as President Barack Obama shared in his State of the Union address Tuesday.

Believe me. I am sick and tired of criticizing the president. I miss the first term, when there were more areas of agreement. Obama's decision to focus immigration enforcement on undocumented people with serious criminal records was a smart compromise. I miss the president who increased troop levels in Afghanistan. I applauded when Obama signed the Fair Sentencing Act, a bipartisan measure that reformed the 100-1 sentencing disparity for crack offenses versus powder cocaine offenses.

It's hard to believe that Obama regrets the Beltway's partisan rancor when he spends an entire speech taking swipes at the GOP -- for being anti-change, anti-immigrant and anti-Muslim -- but none at his own tribe. The president said he wants a bipartisan group to draw lines for congressional districts and work together to pass campaign finance reform. That translates into: I want Republicans to help pass bills that help Democrats.

At one point, Obama urged Congress to pass the Trans-Pacific Partnership legislation -- without so much as a nod to the GOP Senate, which in June passed a fast-track trade authority bill in truly bipartisan fashion; 13 Democrats voted yes, and five Republicans voted no. Likewise, no kudos for the GOP House. Why not point out instances when both sides worked together? This administration has only one posture -- the president leaning on the excuse that he never stood a chance because Republicans didn't want to work with him.

Then there is the other way to talk up bipartisanship. South Carolina Gov. Nikki Haley showed the way in a GOP response that chided both parties for Washington's dysfunction. "We need to be honest with each other and with ourselves," Haley said. "While Democrats in Washington bear much responsibility for the problems facing America today, they do not bear it alone. There is more than enough blame to go around. We as Republicans need to own that truth. ... We need to accept that we've played a role in how and why our government is broken. And then we need to fix it."

Haley took on GOP front-runner Donald Trump (not by name) when she cautioned against following "the siren call of the angriest voices." This daughter of Indian immigrants rejected the call to ban Muslims from entering the country indirectly when she said, "No one who is willing to work hard, abide by our laws, and love our traditions should ever feel unwelcome in this country."

Haley then recalled last year's awful shooting in Charleston's Mother Emanuel church, which left nine parishioners dead. South Carolinians chose to come together. In this election year, Haley noted, "some people think that you have to be the loudest voice in the room to make a difference." When partisans turn down the volume, "the sound is quieter (and) you can actually hear what someone else is saying."

As for Obama, I don't know how he expects to shake hands if he's always pointing a finger.