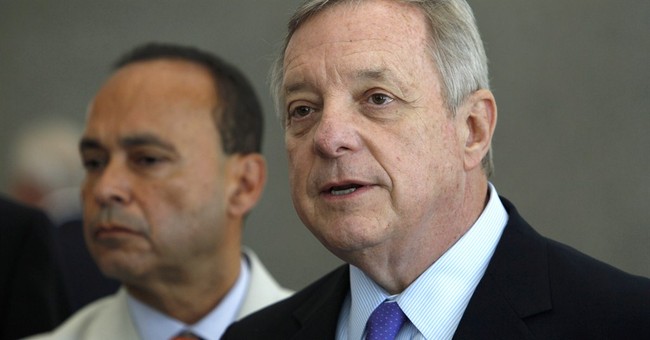 The libertarian-leaning me believes an American employer should be able to hire pretty much anyone he or she wants to hire. But the taxpaying me believes that if the federal government limits immigration yet creates a special visa program for highly skilled foreign workers with the assurance that the program will not cut into the wages or jobs of American workers, then Washington ought to keep its promise.

This month, Senate Judiciary Committee Chairman Chuck Grassley, R-Iowa, held a congressional hearing on the H-1B visa program that eliminated any doubt that some corporations are gaming the system to the severe disadvantage of skilled workers. Last year the Center for Investigative Reporting reported on abuses of so-called "body shops" -- labor brokers who enlist foreign workers abroad, press them into exploitative contracts and cut them undersized checks as they do contract work for established tech concerns that may want to avert the bad publicity. Howard University public policy professor Ron Hira testified that Washington "inadvertently created a highly profitable business model" to bring in STEM (science, technology, engineering and math) professionals at cheaper wages.

The biggest, baddest star of the hearing turned out to be Southern California Edison. The utility plans to lay off 400 IT workers; another 100 workers are leaving voluntarily. What happens to the work? SCE has hired two labor brokers -- Infosys and Tata Consultancy Services -- to outsource most information technology work overseas, while 20 percent of the work will go to H-1B workers, according to the Los Angeles Times. The newspaper's Michael Hiltzik found that the utility paid its domestic IT specialists an average of $120,000, while Infosys and Tata pay recruits an average of $65,000 to $71,000. Infosys and Tata are, by the way, are among the largest beneficiaries of H-1B visas.

The story gets worse. In order to qualify for severance, SCE workers had to agree to train their replacements and to not criticize the utility in public. Asking to remain anonymous, former SCE employees sent Grassley letters in which they complained "they had to train their replacements -- for weeks and months -- knowing all along that they were going to lose their jobs to cheaper workers who didn't possess the skills they had," Grassley explained. "They said it was humiliating." (SCE declined Grassley's invitation to testify.)

Supporters of the H-1B program want to expand the cap on these visas at 85,000 so that Silicon Valley and other tech hot spots can attract "the best and the brightest." For his part, Hira testified that the lion's share of recipients are not the cream of the workforce, but more like "ordinary IT workers." As for the notion that there is a shortage of STEM workers, Hira added that if skilled workers were as much in demand as H-1B boosters suggest, SCE workers would have left for better jobs. Instead, they are training their replacements.

Rutgers Professor Hal Salzman has done extensive research on the STEM workforce and estimates that 10 to 15 percent of H-1B visas go to winners of a "talent search." He believes the government should accommodate such hires. But for the most part, the temporary jobs program exists to replace American workers at lower wages. He slammed the program as a "20 percent off sale" on hiring.

Bjorn Billhardt of Enspire Learning in Austin, Texas, came to America from Germany as an exchange student, qualified for an H-1B visa and now is a U.S. citizen. Speaking in favor of increasing the H-1B caps, Billhardt argued that he needs to hire the best individual possible to keep his 30-employee business competitive in a fierce international market. If Washington makes employers like him prove they cannot hire a qualified American worker, he argued, then that's a bureaucratic nightmare.

Still, Billhardt thought one reform mentioned during the hearing made great sense. Sen. Dick Durbin, D-Illi., proclaimed, "I want to put the H-1B factories out of business." His remedy: a rule to prohibit firms with more than 50 employees from having more than 50 percent H-1B visa workers. Billhardt thought it was a grand idea. So do I.

This truly is an issue where left and right can meet. AFL-CIO President Richard Trumka testified against the system -- which puts the labor leader on the same side as Grassley and Sen. Jeff Sessions, R-Ala. For years, Grassley and Durbin have sponsored bipartisan legislation to end temporary worker visa abuses. While Americans think that the H-1B visa program requires U.S. firms to make a good-faith effort to hire an American, the law includes no such mandate. Grassley and Durbin want that requirement. Billhardt isn't warm to the idea, but it would match how Washington has sold these rules to the American people. The duo also wants to raise the H-1B-wage floor to make sure it doesn't pay to oust American workers for lower-paid alternatives.

According to the Department of Labor, the Immigration and Nationality Act requires that hiring a foreign worker "not adversely affect the wages and the working conditions of U.S. workers comparably employed." That is common sense. Americans don't learn skills and refine them so that they can pay taxes to bankroll a lottery that allows some employers to lay off workers and replace them with foreign workers at below-market wages. Whom does such a system serve?