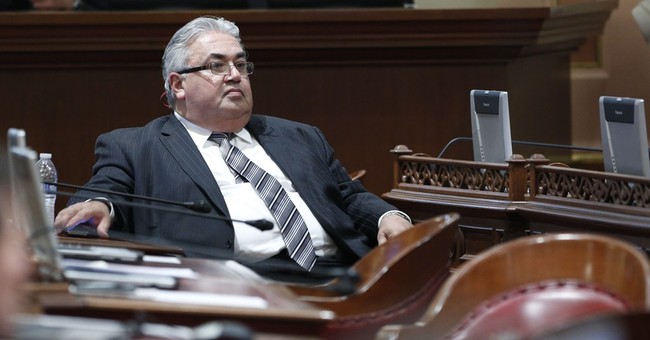 In a chat with reporters, the nuts-and-bolts everyman laid out his method to prevent total destruction. His three goals are to maintain the GOP majority in the U.S. House of Representatives, prevent a Democratic supermajority in the Legislature and build the party from the ground up.

Privately, some insiders concede that there is little chance of Republicans winning a statewide seat; never mind the gubernatorial race. But they're at peace with that. The most recent two battles in which the party machine engaged -- for mayor of San Diego and a Central Valley Senate seat -- were GOP wins.

For his part, Brulte insisted, "I don't buy into the concept that a Republican candidate cannot win statewide."

Former U.S. Treasury official Neel Kashkari is probably the best gubernatorial candidate Republicans can expect, given that the party has no bench. He was a success in business before he successfully piloted the Troubled Asset Relief Program. As a social libertarian who supports same-sex marriage, he has a hook with young voters. As the son of Indian immigrants, he can appeal outside the GOP base.

Most important: If he qualifies for the runoff, he will not embarrass the GOP and hurt down-ticket hopefuls. He's got money, and he's willing to run in a race that offers little chance of success. If, by chance, he should start to close in on Gov. Jerry Brown, the Democratic smear machine would be merciless.

As a Republican, I should be grateful that Kashkari is willing to risk his good name for a suicide mission. But I don't feel the love. He voted for Barack Obama in 2008. I gave him a chance to come back to the ranch when I asked about his position on a Sacramento measure to restore racial preferences to public college and university admissions. His people issued a mealy-mouthed statement about how he's studying the issue.

Spokeswoman Jessica Ng told me Monday that after she had a chance to chat with him, Kashkari told her he opposes it. Also on Monday, Assembly Speaker John Perez announced that the Assembly would not vote to move the measure forward.

Rival GOP gubernatorial hopeful Assemblyman Tim Donnelly is more nimble and sure. On March 7, he denounced the affirmative action measure as "state-sponsored discrimination."

Tea party enthusiasts love him, but fellow lawmakers see Donnelly as a "caucus of one" with a gift for over-the-top self-promotion likely to leave skid marks on the GOP driveway.

Old-schoolers still see reason to hope. Secretary of state hopeful Pete Peterson of Pepperdine University and Fresno Mayor Ashley Swearengin, who is running for controller, look like candidates who can check the right boxes. Maybe Obamacare will prompt consumers to give a look at state Sen. Ted Gaines for insurance commissioner. Kashkari is having fun dismissing Brown's beloved high-speed rail as the "Crazy Train." Donnelly is ready to pounce the next time overconfident Democrats overreach.

Quoth California Republican Party Vice Chairwoman Harmeet Dhillon: "I'm like that Japanese soldier in the Philippines. I didn't get the memo that the war's over."