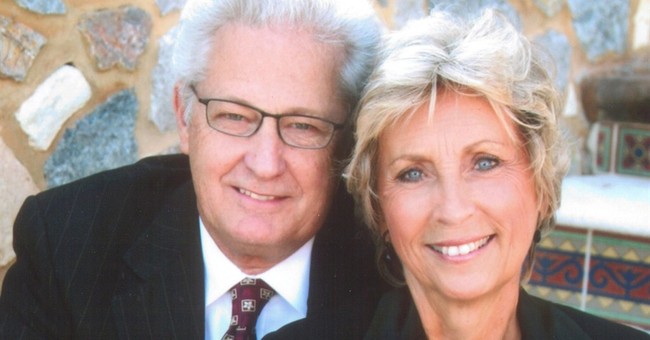 Trending
Billionaire David Green's success story could come straight from Silicon Valley. He started his business in a garage in 1970. Through hard work and innovation, he built a business that employs more than 13,000 full-time workers. He determined to treat his employees well, providing health care and setting a higher in-house minimum wage for staff.

Here's where Green departs from the standard Bay Area billionaire success story: He's a devout Christian whose Hobby Lobby Stores Inc. and an affiliated Christian bookstore chain are headquartered in Oklahoma. His family controls the business. He's the CEO; a son is president; a daughter is a vice president; and another son is vice CEO. The Greens have signed a statement of faith and trustee commitment to run the business according to their religious beliefs. In that spirit, Hobby Lobby locations, which often broadcast Christian songs and won't sell shot glasses, are closed on Sundays, a decision that costs the corporation millions every year.

Hobby Lobby is challenging the mandate in President Barack Obama's Affordable Care Act that requires large employers to include birth control coverage if they provide health care benefits to their workers. I should emphasize that Hobby Lobby's health plan already includes contraceptive coverage, but it excludes drugs or devices that can prevent the embryo from implanting in the womb. The Obama administration requires un-grandfathered health care plans to provide these methods and exempts employees from having to make copayments for them.

"The Greens believe that human beings deserve protection from the moment of conception," argues a brief filed for the family by The Becket Fund for Religious Liberty, "and that providing insurance coverage for items that risk killing an embryo makes them complicit in the practice of abortion."

"These abortion-causing drugs go against our faith," Green said in a 2012 press call, "and our family is now being forced to choose between following the laws of the land that we love or maintaining the religious beliefs that have made our business successful."

The Becket Fund brief lays out the ugly choices the Greens face. The corporation can refuse to comply with the law and pay draconian fines of $100 per day per employee; that amounts to about $475 million per year.

Or the corporation can drop its health plan and pay $26 million in fines levied against large employers that do not cover their workforce. But the Greens don't want to do that; it's bad for business, and the retailers' decision to provide health care was "itself religiously motivated."

Or Hobby Lobby can go against the family's deeply held beliefs because the government demands it. ?Last year, the 10th U.S. Circuit Court of Appeals gave the business a reprieve pending final resolution of the case. Both sides will be arguing before the U.S. Supreme Court on March 25.

The government's case is simple. Solicitor General Donald B. Verrilli has argued that the courts cannot allow "for-profit corporations to deny employees the health coverage to which they are otherwise entitled by federal law based on the religious objections of the individuals who own a controlling stake in the corporations."

Except the government exempts grandfathered plans -- which cover 36 percent of workers -- businesses with fewer than 50 employees and churches from the contraception mandate. So why not exempt employers with deeply held beliefs?

Verrilli also contends that government has an interest in mandating "equal access" to health care for women. But it's not as if the Greens are trying to stop a female worker from using contraception; they just don't want to pay for methods they consider to be abortion-inducing.

Becket Fund senior counsel Mark Rienzi reminded me that the First Amendment sets "a limit on the government's power. It tells the government what it can't do." It explicitly starts, "Congress shall make no law respecting an establishment of religion, or prohibiting the free exercise thereof."

Liberals, Rienzi added, should agree that "the government doesn't have the right to steamroll rights."

A month doesn't pass without the administration's issuing another exemption from a mandate previously held out as nonnegotiable. Old "substandard" individual policies? Now kosher through 2016. Individual mandate? Not so much with hardship exemptions. Why not exempt employers for issues of conscience?

Or does the Obama administration not want corporations to have a conscience?