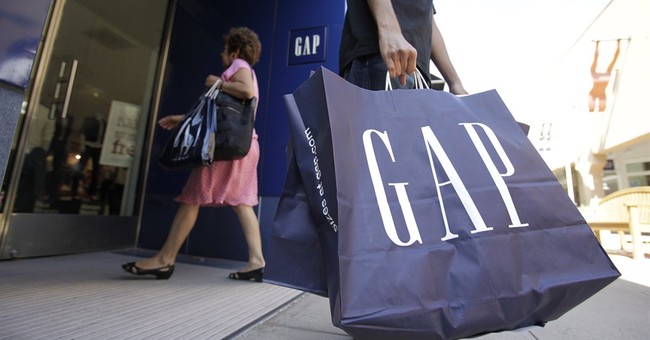 Trending
On the day that Facebook paid $19 billion for the aptly named WhatsApp, San Francisco's Gap Inc. announced it would raise its minimum wage for American employees to $9 per hour this year and $10 per hour in 2015. The announcement probably won't make a dent in the income inequality gap in the Bay Area, but at least it showed some upward movement for low-wage workers outside the Golden State.

According to Gap CEO Glenn Murphy, politics had nothing to do with the move. He wrote on the Gap website that it was "a business decision that's right for" Gap's brands and a "strategic investment."

Nonetheless, President Barack Obama shrewdly glommed onto the announcement by applauding the retail giant for a decision expected to raise pay for 65,000 employees out of its U.S. workforce of about 90,000.

Obama then called on Congress to pass a Democratic measure to raise the minimum wage to $10.10 per hour -- "all without requiring a single dollar in new taxes or spending. It's time to pass that bill and give America a raise."

Ironically, San Francisco has become ground zero in the minimum wage debate, even though the clothing chain's workers in the city won't benefit because Ess Eff's minimum wage already is $10.74 per hour. Elsewhere in California, the state minimum wage will rise to $9 per hour in July and to $10 in 2016.

James A. Dorn, a fellow with the libertarian-leaning Cato Institute, also applauded Murphy, although he came to a conclusion different from Obama's. "This is free-market, Randian thinking: self-interest is the motivating factor, not altruism," Dorn blogged. The market worked -- and well. No need for another wrongheaded Washington Knows Best law when Washington really only cares about what's best for the political class.

From the West Coast of the right spectrum, there is a different voice. Palo Alto's Ron Unz, the wealthy entrepreneur and one-time GOP candidate for governor of California, has been making an alternative argument, "the conservative case for a higher minimum wage."

Unz is championing a ballot measure to raise the California minimum wage even higher than the $10 rate mandated in a law passed by the Legislature and signed by Gov. Jerry Brown last year. Unz argues that if Californians were to raise the minimum hourly rate to $12, every full-time worker would be earning $25,000 a year; for couples, that would mean $50,000. Working-class Californians would increase their income by a collective $15 billion annually.

Unz argues that higher wages should wean some workers off social welfare programs, ending "a hidden government subsidy to low-wage businesses, allowing them to shift the burden of their low-wage employees over to the taxpayer."

A new Congressional Budget Office report on a proposal to raise the federal minimum wage to $10.10 bolstered his case. It predicted the increase would cause the loss of 500,000 jobs but boost the earnings of 16.5 million workers -- and lift some 900,000 Americans above the poverty level. Unz argues that taxpayers and workers do better under a higher minimum wage even if a half-million workers lose their low-paying jobs.

Problem: Voters could pass the Unz initiative, which mandates a much bigger pay hike, and Sacramento still could raise welfare spending.

Dorn warned that long term, the "substitution effect" would eliminate jobs as employers look to automation to replace low-skilled workers. That's certainly been happening in the retail biz, where online sales have moved into once-safe bricks-and-mortar turf.

Gap Senior Vice President Keith Herbert told me that as Gap brand stores institute a "reserve-in-store" program to lure online customers to stores, where they might buy more items, Gap management is asking its associates "to do much more" than in the past.

Was Gap responding to the political environment?

Herbert insisted: "This is not a political stand. As an organization, we always look at what's the right thing for our business."

It cannot hurt Gap sales that consumers know that the retailer pays its workers more than the minimum.

Be it noted: Gap has no plan to raise the wage floor for San Francisco workers.

How will the story play out? Will Republicans argue that the Gap announcement shows that the White House can raise incomes better with the bully pulpit than through legislation? Will Democrats feel emboldened by this private-sector victory and use it to argue that employers can absorb a mandate that drives up the cost of hiring new workers?

I'm not sure where I fall on this one. But right now, even though the CBO predicts 500,000 jobs will go away, it works better for the Dems.