Crack Versus Powder Cocaine Should Not Be Black and White 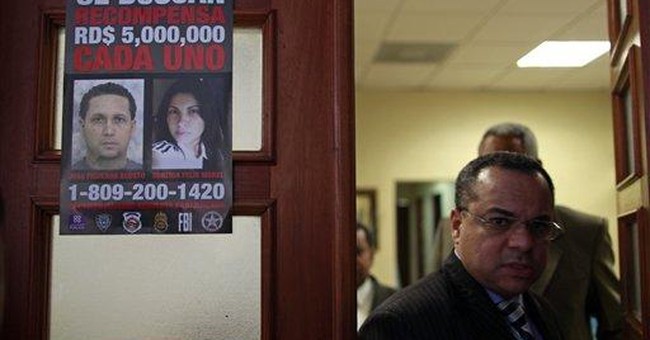 Last week by voice vote, the Senate unanimously approved a measure to reduce the infamous 100-1 disparity in federal mandatory minimum prison sentences for possession of crack versus powder cocaine. The new, improved disparity would be 18-1.

If the Fair Sentencing Act of 2009, authored by Sen. Dick Durbin, D-Ill., becomes law, there will be a five-year mandatory minimum prison term for 28 grams of crack cocaine -- instead of 5 grams today -- while the amount of powder cocaine that triggers five years would remain 500 grams.

There is no logical reason for the sentence disparity. Whether in crack or powder form, it's still cocaine. But about 4 in 5 federal crack offenders are black. Last year, Asa Hutchinson, who was head of the Drug Enforcement Administration under President George W. Bush, righteously testified that the "disparate racial impact" of the cocaine-powder disparity undermines "the integrity of our judicial system."

Some people no doubt consider the crack law to be tough on drug kingpins, but it's not. According to the U.S. Sentencing Commission in 2005, 55 percent of federal crack offenders were street-level dealers. Excessive sentences have had the unintended consequence of encouraging the federal prosecution of low-level offenders who in saner times would be handled by local authorities.

While the House Judiciary Committee passed a measure last year to completely eliminate the crack/powder disparity, the Durbin bill represents an amazing victory. According to Julie Stewart, president of Families Against Mandatory Minimums, if the measure passes, it will be the first time since 1970 that Congress will have voted to eliminate a mandatory minimum penalty.

This controversy should serve as an example as to what happens after Congress passes a bad bill. The disparity was embedded in the Anti-Drug Abuse Act in 1986 in a Beltway anti-drug frenzy. Over time, its ill effects have become evident. In 1995, the U.S. Sentencing Commission recommended that Congress rewrite the law to equalize the sentences. Nothing changed.

Families Against Mandatory Minimums began fighting the bill 15 years ago. Stewart has seen seven Congresses, 10 congressional hearings, three Sentencing Commission reports and 75,000 defendants sentenced. Lawmakers from both parties have recognized the fundamental unfairness of the law. Yet it has taken decades to win a floor vote to address the disparity, and then only part way.

Some supporters of the House bill bristle at the notion of passing a measure that continues the disparity. As Rep. Barbara Lee, D-Calif., told Congressional Quarterly, "How do you correct something to make it a little less unjust?"

The answer is: You go for some justice instead of no justice. It has taken 24 years to get the Senate to move this far. Stewart questions whether the bill that passed the House Judiciary Committee could even survive a House floor vote as is -- whereas the Senate bill stands a good chance of passing the House, in part because it enjoyed full bipartisan support.

Sen. Jeff Sessions, R-Ala., has been involved in efforts to reduce the disparity since 2001. According to The Washington Post, Durbin encountered Sessions and Sen. Orrin Hatch, R-Utah, in the Senate gym before their workouts on a recent Thursday morning. Durbin used the moment to push for a deal, which was sealed with a handshake two hours later.

Having Sessions, a former federal prosecutor, on board, should make the bill an easy sell with House members of both parties. President Obama renounced the crack-powder disparity as a candidate for the White House, but I would imagine he would be happy to sign a bill with Republican support.

I understand that many Americans have little sympathy for crack offenders. Hence the cartoonish sentencing system that pops out sledgehammer prison terms even for nonviolent and first-time offenders. What once were high-end sentences have become the floor. Maybe sentences of five years or 10 years (the sentence for 50 grams or up to 250 doses of crack) do not seem like harsh punishment to some voters, but such sentences are long and should be reserved for serious or repeat offenders.

Federal judges have been forced to mete out draconian time for crimes that should be punished, but do not merit more time than it takes to earn a college degree. No American parent would want such rough justice for his own child, and no American should accept it for other people's children.