Buying the Votes of Senior Citizens 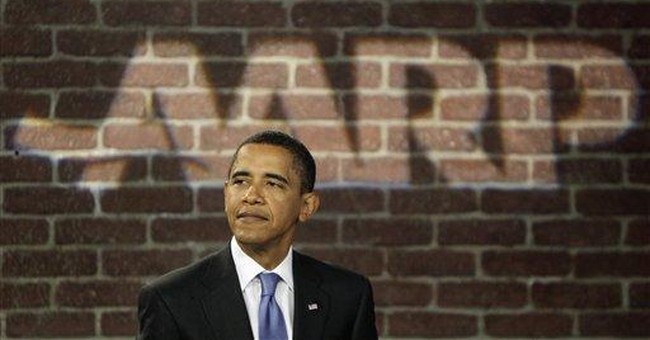 It's hard to instill confidence in the U.S. economy when Washington keeps finding new and creative ways to spend money it doesn't have.

Take President Obama's proposal to send additional $250 checks to Social Security recipients -- on top of the $250 checks they already received as part of the president's $787 billion economic stimulus package.

Because seniors don't need a cost-of-living increase, the president wants to give them a bonus. Don't even try to follow the logic. You can't find it.

As it turns out, seniors got a too-big cost-of-living adjustment -- 5.8 percent -- for 2009. So that January adjustment was like a raise of about 4 percent above inflation. Hence, there is no justification for a 2010 cost-of-living increase.

Except: the D.C. Beltway abhors a spending vacuum -- at least for a demographic with high voter turnout. So Obama proposed giving Social Security and disability recipients, as well as veterans, an additional $250 "to help them make it through these difficult times." The cost: $13 billion to $14 billion.

Where are Republicans on this? For all their talk of fiscal responsibility, the GOP leaders have an uncanny affinity toward any plan that throws tax dollars at elderly voters, whether they need the money or not.

Of course, there's a twist that is supposed to show Republicans in a cleaner light. GOP House leader John Boehner wants to fund the $250 checks for 57 million recipients by spooning the money out of the pot of unused stimulus money. The Obama administration, Boehner explained in the Washington Post, "supports borrowing the money needed to fund these payments." For his part, Boehner would siphon the billions needed to bankroll this bonanza from Obama's pot of borrowed money.

Now you know how the fiscal year that just ended produced a record $1.4 trillion federal deficit. Both parties overspend with abandon -- and they'll keep on doing so as long as they can concoct the thinnest pretext to blame the other party.

Of course the AARP is on board. A press release praised "$250 in economic relief to millions of seniors who count on Social Security to pay their bills" -- as if the COLA did not more than make up for any inflation.

Said Obama: "We must act on behalf of those hardest hit by this recession." But that would be the unemployed, not the retired.

"In the midst of a recession, when we are appropriately worried about unemployment and underemployment, we can't forget about seniors who are also hurting," Sen. Bernie Sanders, I-Vt., told the Washington Post. What does that even mean?

It means everyone has a hand out.