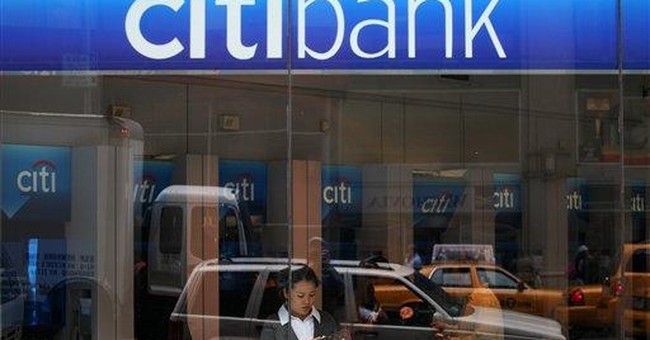 For eight years, Democrats have hurled all manner of criticism at President Bush. Some of the heat was well deserved, some was not.

Either way, it is about to be their turn to be held to the standards they held for Bush -- and they are not prepared. I saw a taste of the future at the Democratic convention in Denver, when Sen. Debbie Stabenow, D-Mich., sat down with journalists to discuss the now President-elect Barack Obama's economic plan. In light of an anticipated $482 billion deficit -- how quaint that humble number seems today -- I asked Stabenow, how can Obama propose a tax cut and more spending?

Her answer: "The first question is: How do you do a tax cut and fight a war, which is what George Bush did." Funny thing. Stabenow seemed genuinely and completely oblivious to the fact that her nominee was campaigning daily on a platform that promised a tax cut for 95 percent of American families, while he pledged to beef up the U.S. presence in the war in Afghanistan. Sounds like a tax cut during a war to me.

And now, after Obama spent the silly season saying he would rescind the Bush tax cuts on families earning more than $250,000, Obama is rethinking the issue. Sunday he said on "Meet the Press," "My economic team right now is examining, do we repeal that through legislation? Do we let it lapse so that, when the Bush tax cuts expire, they're not renewed when it comes to wealthiest Americans? We don't yet know what the best approach is going to be."

That is, there could be a new tax cut and old tax cuts while America is fighting two wars -- without Bush in the Oval Office.

They complained that Bush gave tax cuts to corporations. Now that they are in charge of Congress, Democrats are raiding the cookie jar so that they can toss cookies to favored industries. Note the proposed emergency credit line of $15 billion for Detroit's Big Three. (Credit Bush, by the way, for insisting that the money come from an existing program.)

Blame Bush for the $700 billion bailout bill -- which Sen. Majority Leader Harry Reid inflated by another $110 billion. Obama promised "change you can believe in." Here it is: Earlier this year, Obama proposed a $50 billion stimulus package, which grew to $175 bil before Election Day. Now the proposed price tag is reported to be $700 billion -- with well-wishers suggesting a $1 trillion package.

The bailout mentality is growing -- as is the list of people who believe they should be recipients. It's not just the auto companies who want to follow greedy investment houses. State governments want in. Experts are calling for billion-dollar infrastructure projects -- I guess because state governments weren't spending on infrastructure.

Rep. Louie Gohmert, R-Texas, proposed redistributing the unspent $350 billion in Bush bailout money by suspending federal payroll taxes for two months. It's a bad idea, in that the last stimulus package failed to stimulate the economy as hoped. It makes the entire country look like the Wal-Mart shoppers who crushed to death a Long Island temporary worker in their rush for a bargain.

So where is Barack Obama? Sure, I know many readers will jerk their knees and blame Bush. It's a freebie. But after a while, the public may start to wonder: Where's the responsibility now?

Joe Biden Reportedly Having Trouble Keeping Up with Everyone Else at G-7 Summit
Townhall
Austin newspaper not publishing 'vague description' of shooting suspect because it 'could be harmful in perpetuating stereotypes'
Twitchy
EXCLUSIVE: Defector Provides Evidence That the Chinese Military Orchestrated the Creation of COVID-19 and Lab Leak
Redstate
Dementia Joe Forgets Where He Is Again
PJ Media