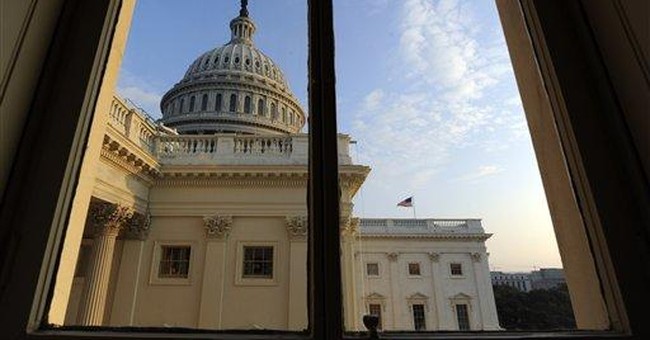 Who do I blame for this financial disaster? Let me count the villains.

Start with President Bush and Treasury Secretary Hank Paulson. By their own actions, they have shown that they believe markets have become too vulnerable under their watch.

The Bushies have mishandled the $700 billion bailout at every juncture. They pulled a too-large number out of the hat, then asked Congress to write a blank check. Paulson even rejected limits on the compensation of the geniuses who bought bad mortgage paper with other people's money. No way was Congress going to go along with that scheme.

Like many Americans, I am angry and have strong doubts as to whether the bailout is necessary. Having proposed it, however, Paulson probably made it necessary. If there is a 10 percent risk of an economic collapse without a bailout, Washington probably has to pass something.

I blame Democrats, who pushed to give government-supported mortgage giants Fannie Mae and Freddie Mac more flexibility to buy dicey home loans, despite their accounting irregularities. It was Senate Banking Committee Democrats who blocked GOP-backed reforms of Fannie and Freddie in 2003 and 2006 -- but that doesn't stop them from disowning any role in this fiasco now.

I blame Democratic leaders for larding the Senate version of the bailout bill with what the national political news website Politico.com described as a landmark provision that would require that "insurance companies provide coverage for mental-health treatment -- such as hospitalization -- on parity with physical illnesses."

This bill is in trouble, and the Democratic leaders decide to add $100 billion to the total tab -- as well as make a new enemy, insurance companies. And they think Bush is dumb.

I blame congressional Republicans for being addicted to pork-barrel projects and driving federal spending so high that they lost control of the House and Senate in 2006. In their greed, they forfeited their credibility.

House Republicans didn't help themselves when they said that House Speaker Nancy Pelosi's partisan pre-vote rant killed 10 Republican "yes" votes. They showed America that -- like Pelosi and Senate Majority Leader Harry Reid -- their instinct was to throw the blame at the other party first, then to think about what is best for America.

Oh, and you can thank Senate Republicans for a five-year, $3.3 billion rural school aid measure packed onto the bailout bill. Shameless.

Pelosi and Reid have played this as poorly as Bush. Last week, they said they had a deal. Clearly, they don't know the meaning of the word "deal." The leadership of the party that believes in more government regulation cannot count votes (a simple accounting procedure) and cannot regulate itself.

When she was supposed to be rallying all House members, Pelosi instead brandished her dagger, as she parroted that lame old line about Republicans believing in "no regulation." It is amazing how a party that flatters itself for its intellectual wattage can disseminate such patently false drivel with wide eyes.

Sure, maybe two Republicans in Washington oppose most regulation. But look at the party's nominee, John McCain. Not only did McCain push for improved regulation of Freddie and Fannie, he also voted for the 2002 accounting oversight measure, Sarbanes-Oxley -- that was supposed to prevent another Enron -- and authored a measure to regulate campaign spending.

I'm a small-government conservative. But I've worked for other people since I was a teenager -- and that sort of experience leaves me with only a jaded respect for how the "free market" works. It doesn't work without regulation.

Most of all, I blame the financial masterminds on Wall Street, who have justified their high salaries because they were supposed to be so clever -- yet apparently had no idea that they were buying inflated paper.

Although if Congress keeps larding the bailout to the point that America will need a bailout for the bailout, then the order of my list could change.