The Kiddie Wing of the GOP 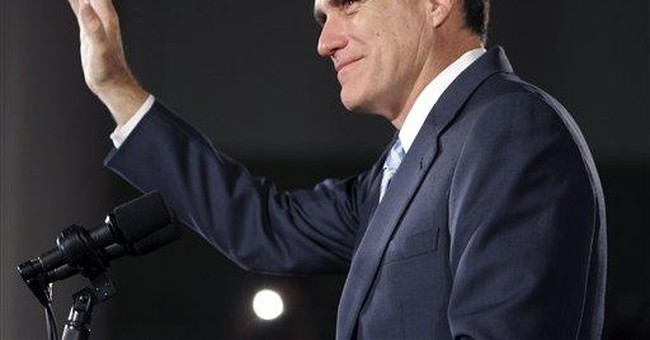 As Team Romney talked up the prospect of a Romney surge leading up to Super Tuesday, I envisioned my worst nightmare: A Hillary Clinton/Mitt Romney contest.

A Clinton/Romney race, no doubt, was a Democratic operative's dream, starring the easiest Republican to beat.

The Dems could have dusted off all of the 2004 campaign spots on John Kerry's flip-flops and revamped them with Romney as the windsurfer, shifting positions on a number of issues -- and I'd be stuck arguing that, flip-flopping aside, Romney would be better on Iraq.

Now, I can breathe a sigh of relief.

If Clinton wins, she'll be easier to beat than Barack Obama. Polls -- for what they're worth -- suggest Clinton or Obama could beat any Republican, unless there is a Clinton/McCain face-off, in which case, McCain could win. And McCain is the man to take on Clinton's support for the Iraq war, when it was popular, and her opposition to a troop surge that reduced U.S. and Iraqi casualties, when it was not.

And if Obama wins the nod, at least Clinton won't be president and the country won't have to go through four more years of the Hillary-As-Victim soap opera.

In an odd plot twist last week, conservative warrior Ann Coulter said that if McCain is the GOP nominee, she would campaign for Clinton because Clinton is "more conservative" than McCain.

Now, McCain is not always a good conservative. Witness his sponsorship of proposed -- and wrong-headed -- global-warming legislation. And McCain rankled conservatives, not only by pushing for amnesty for illegal immigrants last year, but worse, by compounding that mistake when he dismissed critics as emotional and undignified.

But McCain has been solid on Iraq. He wants to make the Bush tax cuts permanent. In a culture of big spending, McCain has been righteous in his fight against legislated pork. McCain also has been a reliable anti-abortion vote. He campaigned tirelessly for George W. Bush in 2004. His lifetime American Conservative Union rating is 82 percent. Only an ignoramus would call McCain's record to the left of Hillary Clinton's.

California Republicans are not fools. Party biggies excluded independent voters in a primary that seemed rigged for Romney, but voters themselves delivered an estimated 161 out of 173 delegates to the out-funded McCain. If you go by the votes, the McCain-Over-My-Dead-Body Crowd is vocal, but tiny -- despite the wrath of talk-show giants and the deluge of Mitt's millions.

When you listen to the McCain haters, you realize that they aren't angry at McCain's record or his votes, so much as they're incensed that the Arizona senator works with Democrats. Comment boards sneer at the very notion of compromise. Romney often faulted McCain for working on bills with Democrats. To the purists, elected officials are supposed to go to Washington to not work with those on the other side of the aisle. It is as if they think U.S. senators should spend the day pointing peashooters at each other. They don't want results. They want a food fight.

This is not the conservative base; it is the kiddie wing of the Republican Party. At the end of the day, it is all about the McCain haters' precious feelings. They feel betrayed by McCain because he gets along with their real enemy (Democrats) -- and that matters more to them than the welfare of U.S. troops risking their lives in Iraq and Afghanistan.

McCain adviser Steve Schmidt argued Wednesday that McCain does appeal to the conservative base and he will "unite the Republican Party" because of his strong stand against radical Islam, and support for curbing federal spending, keeping taxes low and his commitment to appoint conservative judges.

On the smart side, talk-show host Hugh Hewitt, a Romney supporter, wrote on his Townhall blog, "There are seven reasons for anyone to support the eventual (GOP) nominee no matter who it is: The war and six Supreme Court justices over the age of 68."

On the not-smart side are Republicans who threaten to become "suicide voters" -- they might vote for a Democrat or not vote at all. They are furious that their purity will not prevail -- and they don't care who gets hurt.