On Renewable Fuel, President Trump Must Not Reverse Course

David Williams
|
Posted: Jun 08, 2018 12:01 AM
Share   Tweet
The opinions expressed by columnists are their own and do not necessarily represent the views of Townhall.com. 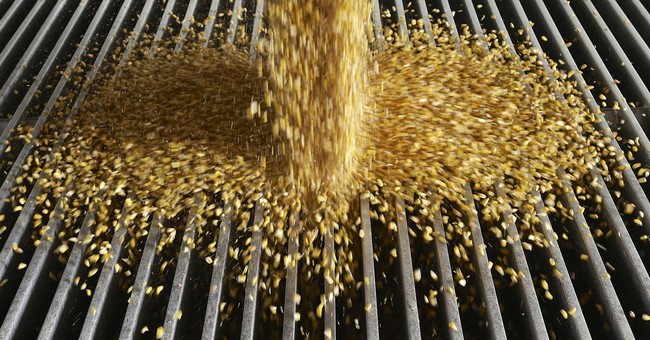 Sometimes, the allure of corn is just too sweet for politicians and elected officials to resist. Even lawmakers and Presidents from non-rural areas have gotten their fingers sticky in ethanol subsidies, despite campaign trail promises of reform. President Trump’s rhetoric to-date suggests a desire to reform crony federal policies that make the rich richer and the poor poorer. But voters are right to distrust their leaders on energy policy, and must hold the President’s feet to the fire in demanding a fair, unsubsidized energy sector.

In his Inaugural Address, President Trump promised to "[transfer] power back from Washington D.C. and give it back to you, the people." Since then, he has followed through by aggressively pushing to roll back a number of crony bills, most notably, the Dodd-Frank legislation that has made the too-big-to-fail banks bigger.

For a time, the same could be said about his desire to reform certain parts of the Renewable Fuel Standard. This policy, on the books for over a decade, unfairly gives speculators and multi-billion-dollar oil firms more of working family's money every year.

Critically, the RFS requires that all refiners mix 10 percent ethanol into their fuel.  This is a mandate that would be far more tolerable if “fat cat” special interests did not exacerbate the compliance burden by making the red tape costlier.

Most small and medium-sized refineries that the working-class depend on cannot blend fuel. However, since the nation's largest oil companies mix far more ethanol than required by law, the federal government essentially cuts a deal with them: the small refiners could opt to purchase these big guys' surplus ethanol compliance credits, called Renewable Identification Numbers (RINs), and face no penalty for not mixing on their own.

Wall Street and global hedge funds quickly realized that they could intervene in the marketplace, making these RINs credits skyrocket in price from just a few cents at the start of the program in 2007 to as much as $1.20 currently. It's become nearly double many of these refineries' payroll expenses. Some have said it costs nearly half-a-million dollars a day just to purchase the necessary amount of RINs credits.

President Trump understands the issue, deciding last month to allow exported American ethanol and biofuel to be assigned RINs credits for the first time. While this move fell short of getting rid of the ethanol mandate, it was certainly a step in the direction. The policy change will increase the supply of RINs credits, causing a welcome downward price pressure. This means that farmers will still retain the increased demand for their product, but blue-collar families will become at less risk of losing their refinery jobs from the speculator intermediaries' sky-high costs. It's a win-win for everyone except the investors that were taking advantage of the marketplace in the first place.

Now, though, it appears as if the President may be succumbing to the pressure put on him from Iowa Sens. Chuck Grassley (R) and Joni Ernst (R), which represent the most radical anti-free market side of this equation. In particular, Sen. Grassley recently made a big deal about this issue on a recent conference call with reporters, suggesting that it will destroy Iowa corn farmers. This week, the President reportedly told the Iowa senators that he will scrap the deal altogether.

On Tuesday, Sen. Ernst tweeted, “[President Trump] has said he ‘looovves the farmers!’ #Iowa is feeling that love today, as the President just assured me he ‘won’t sign a deal that’s bad for farmers!’ Thank you, Mr. President!”

The White House needs to recognize that the senators' talk is nothing more than smoke-and-mirrors.

President Trump's original plan benefited the little guy, while stemming the fiscal bleeding. He's not normally one to deviate from his gut feeling and he shouldn't start now – not on an issue that means so much to the blue-collar workers, consumers, and the economy.

Up until this point, the administration has done a great job of removing crony bills and regulations that rig the deck to favor Washington insiders over the American people. It'd be a shame if that stops now, just a year and a half into the president's term.