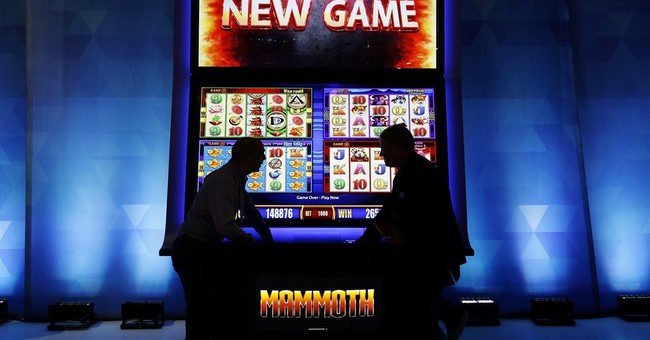 In a 2014 video by the Republican Attorneys General Association (RAGA), South Carolina Attorney General Alan Wilson argued that, “The founders created a magnificent document, our Constitution, that never intended” for the federal government to encroach on states’ rights.

It’s a good message from a usually reliable conservative.

Unfortunately, it’s also difficult to square with Wilson’s October letter to colleagues asking his fellow attorneys general to support federal legislation mandating how states regulate gaming within their borders; a message that is irreconcilable with his insistence that Washington respect states’ rights.

The measure in question is the “Restoration of America’s Wire Act” (RAWA), which would allow politicians in Washington, DC to decide state gaming policy. As the American Conservative Union argued in opposition to RAWA, “Conservatives don’t have to agree on the value of gambling, but we should agree that it is unwise to use the brute force of the federal government to try to stop states from making their own decisions on this activity, especially if the reason for this action is to support gambling entrepreneurs in Las Vegas. Unfortunately for them, what happens in Vegas doesn’t stay in Vegas; it should be up to the states to determine if they want to reject or accept Vegas.”

There is no question RAWA would turn our federalist system upside down. Earlier this year when state lottery officials expressed their concerns about federal encroachment to bill sponsor Rep. Jason Chaffetz (R-Utah), Chaffetz aggressively told them to file their own federal bill if they didn’t like his, missing the point entirely.

The disregard for states’ rights is so severe in this case that a variant strategy has emerged among RAWA supporters to place a moratorium on state internet gaming, which would nevertheless allow the states that currently allow online gaming to keep it. This means some states would be able to decide for themselves and others would have to live by a federal decree. “A moratorium is even more troubling for the notion of states’ rights and the 10th Amendment,” John Pappas of the Poker Players Alliance to The Hill. “It would give favored status to those states who already offer regulated iGaming and put the brakes on others who want to provide these consumer protections to their citizens.”

The old adage in politics is “follow the money.” That’s especially true when a politician plays against type and embraces a policy that appears to contradict their philosophy. And there is a money trail here.

Alan Wilson is the past Chairman of the Republican Attorneys General Association. During Wilson’s chairmanship casino mogul Sheldon Adelson donated $500,000 to the organization as part of a well-publicized strategy to convince attorneys general to back his anti-online gaming crusade. It was a small price to pay for Adelson who has made it very clear he will spend “whatever it takes” to pass a federal ban of online gambling.

Governors and state legislatures may have perfectly legitimate reasons for deciding online gaming isn’t right for their state. Their decisions will then be either validated or rejected by the voters come the next election. This is the beauty of the federal system Attorney General Alan Wilson and his colleagues advocated so passionately for in their promotional video.