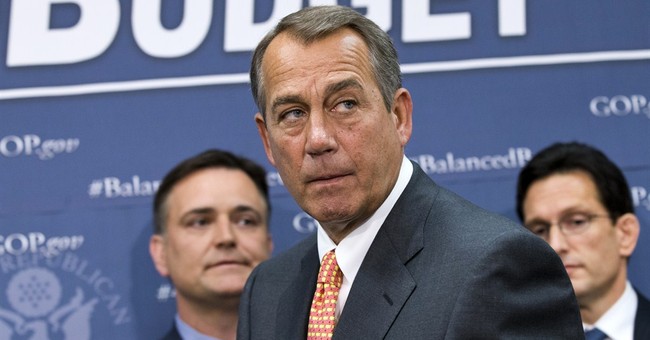 As is par for the course in recent years, House conservatives again find themselves the vanguard against big-spending machinations from the Executive Branch and the Senate. The latest front in this battle is the Farm Bill, which currently sits in a conference committee on Capitol Hill. Committee members are tasked with reaching a compromise between the House and Senate versions of the bill. And, compromise in Washington, D.C. usually means more spending.

Though neither version is perfect, it’s the Senate Farm Bill that would bankroll billions in mandatory spending, doing little to curtail wasteful subsidies and locking into place the status quo for another five years. The House bill, on the other hand, contains deep cuts to food stamps and, more importantly, makes subsidy spending discretionary rather than mandatory.

The Senate bill would cut food stamps by a mere $4.5 billion (in addition to $11 billion in already agreed-upon cuts), while the House proposal cuts an extra $40 billion - ten times that amount.

For conservatives, that's certainly a better place to start. Senate Democrats are reportedly insisting they will not agree to cuts above $10 billion, so Republicans in the conference committee are tasked with holding the line.

Beyond food stamps, the key difference between the House and Senate versions of the Farm Bill are their approach to subsidy programs under the energy title.

That’s more than $400 million in up-front savings by allowing individuals actually working in agriculture to choose what the funds will be spent towards, as opposed to government bureaucrats throwing money around regardless of need or effectiveness.

The big number here is $160 billion, which is the potential savings over the next decade by phasing out farm and energy subsidies under the House bill.

Many conservatives have and will argue compellingly that all of these subsidies should be immediately eliminated, and that should certainly be a relatively short-term goal. But decades of government interference in the marketplace got farmers into this mess, and a sudden 180-degree shift could prove ruinous to sectors of the agricultural industry and regions across the country that depend on agriculture.

The House bill provides a pathway to accomplish conservative goals in a reasonable time frame with its discretionary, market-driven approach to subsidy spending. Farmers who don’t need subsidies would no longer get them and the industry would rid itself of government efforts at picking winners and losers.

This is the right course to take. A perfect one, no, but one that enables marketplace fairness and real-world job creators, not big government boondoggles.