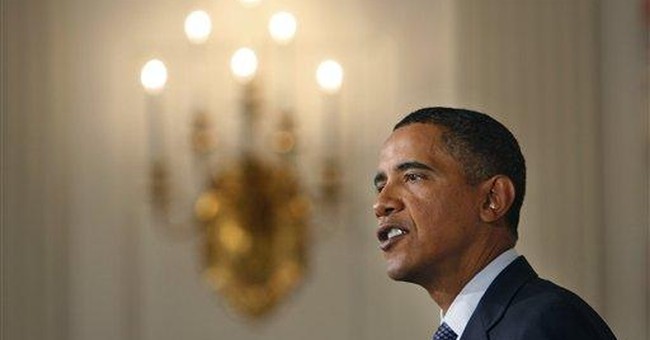 In the old West, when the boys played poker at the saloon, or wherever, along with the cards, chips, money, and various beverages, the table was also adorned with a knife–one with a buckhorn handle. The knife was moved from place to place, depending on the person dealing. If a player didn’t feel like dealing the cards, he could pass the responsibility to the next guy, along with the knife.

It was called “passing the buck.”

The phrase is, of course, most commonly associated with President Harry Truman–in fact, his desk on display at the Truman Library in Independence, Missouri, has a famous sign bearing the words: “The Buck Stops Here.” One of his aides, Fred Canfil, had seen the phrase on a desk in El Reno, Oklahoma, and had the sign made for his boss. Interestingly, and largely lost to the legend according to biographer David McCullough, the 33rd President only kept the sign on his Oval Office desk for a short time while in the White House.

But the metaphor stuck. It has been used by leaders–particularly presidents–ever since as the ultimate way of saying: “I’m in charge, it’s my responsibility.” Most recently, the phrase was brought out of White House mothballs and used by President Barack Obama in remarks about the Christmas Day 2009 foiled Islamist terrorist attack.

It remains to be seen whether or not the latest pronouncement about the proverbial buck will be remembered as Truman-esque, or more like the nervous stammer of Alexander Haig the day President Reagan was shot. I believe the President said the right things the other day–but will he and his administration really follow through, taking steps, making the tough calls, and keeping the issue of Islamist terror on their political radar screen?

A good indicator would be the willingness to call it what it is. We are not just fighting Al Qaeda as some kind of generic syndicate of bad guys, as with The Man From Uncle and “THRUSH” or Maxwell Smart’s “KAOS.” There is no way for us to win over an ideology, while being afraid or hesitant to call it what it is: Islamism.

To my mind, Mr. Obama is still not comfortable in his role as Commander-in-Chief, with its implied responsibilities of protecting the nation from “all enemies, foreign and domestic.” He is now saying many of the right things, but I wonder if his vocabulary and America’s dictionary are in sync? He forms phrases now like “we are at war” – but I can’t help but get the feeling that this is based more on manufactured energy than real passion. Does the President view what happened on Christmas and the whole megilla of security, intelligence, and such as important as, say, the economy, healthcare, and jobs?

In fairness, most presidents bring dreams to the job. Lyndon Johnson wanted to build a Great Society and Richard Nixon wanted to focus on foreign affairs, but both had to contend more than they would have liked with their less-favored part of the domestic-international presidential paradigm. Bill Clinton wanted it all to be about “the economy, stupid.” But the first priority of any president is to keep us safe so we can actually have an economy.

A strong sense of national security is, in itself, a potent economic stimulus.

Only time will tell if the new-found-but-pretty-darn-late war-speak (better: war-whisper) will really be about the buck stopping with the President, or mere words.

After the Bay of Pigs fiasco, President Kennedy faced the press and talked about victory having many “fathers,” but defeat being an “orphan.” He also acknowledged that he was “the responsible officer” in the government. It was, as was Mr. Obama’s recent admission, a statement of the obvious.

But accepting responsibility as a leader does not abrogate systemic culpability.

The old 1970s sitcom, The Mary Tyler Moore Show, had a character named Lou Grant (played by Ed Asner)–an irascible man who ran a newsroom. Mary’s boss once said: “Leadership is the art of delegating blame.” Actually, good leadership is somewhere between taking full blame and delegating it all away. Where there are mistakes there is blame to be found. To miss this is to ignore a vital piece of the puzzle preventing something else bad from happening.

Frankly, what needs to happen throughout the government is for various leaders in key areas to think about letting the buck stay with them for a while. When a president has to say “The Buck Stops Here,” it is at least a tacit acknowledgement that the buck has been aggressively mobile.

I think the buck stops every bit as much with Attorney General Eric Holder, as it does with the President. After all, haven’t we been given the impression that the whole send-the-Gitmo-gangsters-to-New York idea is really his and the President is above it all? Or does that buck make its way to Mr. Obama’s desk, too?

And how about Dennis Blair, our Director of National Security (DNI–one of the dumbest ideas to come out of the Bush administration)? Following Mr. Obama’s speech on Thursday, he issued a statement saying, in part:

“The Intelligence Community has made considerable progress in developing collection and analysis capabilities and improving collaboration, but we need to strengthen our ability to stop new tactics such as the efforts of individual suicide terrorists. The threat has evolved, and we need to anticipate new kinds of attacks and improve our ability to stay ahead of them and protect America.

We can and we must outthink, outwork and defeat the enemy's new ideas. The Intelligence Community will do that as directed by the President, working closely with our nation's entire national security team.”

Really? What has the guy been working on up to now–health care reform?

One of two things has been happening, as clearly indicated by the foiled Christmas Day Islamist terror attack: either subordinates are keeping bad or inconvenient details from the President of the United States, or the information has not, until now, been marked or received with requisite urgency. Whatever the case, heads should roll. Blair’s words are akin to those uttered by an erudition-challenged player after a football game, “Well, we needed to score more points to win.” Duh.

There really is no buck to pass in the Obama administration when it comes to National Security, there is only a hot potato few want to deal with or even acknowledge. Attorney General Holder, Janet Napolitano, and so many others in key roles these days have regularly dismissed or minimized the danger of our times, while forging ahead with the even-more-now absurd sending of Gitmo detainees back to Yemen (6 on December 20th), and making sure that Umar Farouk Abdulmutallab (pronounced: Abdulmutallab) is told he has the right to remain silent and to the full protection of the American justice system, as opposed to being treated as he should be: as an enemy combatant.

Sure, the President of the United States made a speech and said many of the right things, but what we need to figure out is if what we are really bearing witness to is a dynamic described to reporters by Former Attorney John Mitchell, back in 1969: “Watch what we do, not what we say.”