Wake Up Calls and Snooze Buttons 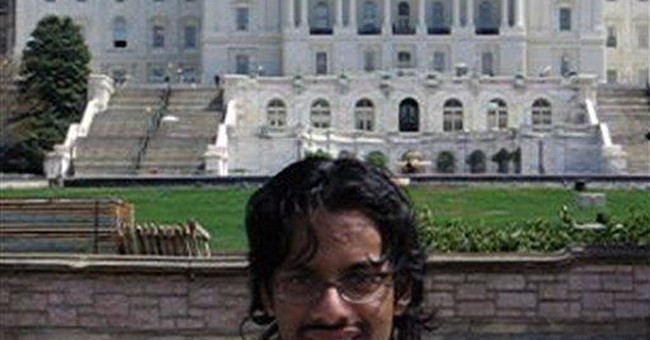 On December 7, 1941, United States Senator Gerald Nye looked over his notes for a speech he was about to deliver to a packed house in Pittsburgh, Pennsylvania. Nye was a Republican, but part of a progressive element in the GOP and he was no-doubt influenced by the politics of the late Robert M. La Follette. In other words, he was a fiscal liberal in domestic matters and a fierce isolationist when it came to foreign entanglements.

So speaking before a group known informally as the “America Firsters” (sponsored by the America First Committee, of which he was a member) was a piece of cake for him and he knew the lines that would draw the biggest applause. He only wished his hero could be there: Charles A. Lindbergh.

These men were part of a highly popular movement in those days, this success being reflected in Gallup Polls showing that less than a quarter of Americans favored entering the fires of war then engulfing much of the world. This group was largely anti-Semitic (and therefore, pro-German), and was joined by other luminaries of the day, including: flying ace Eddie Rickenbacker and movie actress, Lillian Gish.

During the first days of the last month of that tense year, their present preoccupation was the potential of war with Japan. To them, this was merely an excuse to enter the war in Europe through a back door. Therefore, the headline of their then-very-popular tabloid, the America First Bulletin, on December 6, 1941 was: “BLAME FOR RIFT WITH JAPAN RESTS ON ADMINISTRATION.”

After a glowing introduction, followed by furious applause, Nye, the Senator from North Dakota, plunged into his theme. But before he had gotten very far, he noticed someone in his peripheral vision approaching him from the stage wing bearing a piece of paper. He paused and read the note, which informed him of the breaking news about a Japanese attack on our fleet at Pearl Harbor.

After fumbling and hemming and hawing for a moment he mumbled: “I can’t somehow believe this…” – and then proceeded to finish his speech. Telling the crowd about what the note said, the Senator ventured his own take, which included the predictable: “We have been maneuvered into this by the President," and the old reliable: “This was just what Britain had planned for us.”

A few days later, on December 11th, members of the America First Committee met in Chicago and decided to disband. Lindbergh didn’t attend, but sent a telegram begging them not to go out of business. He was now isolated himself, though – by his own ignorant bias.

Pearl Harbor was many things: an infamous attack, an example of unspeakable treachery, a telling moment of vulnerable denial, but ultimately it was the one thing the Japanese had not counted on – a wake-up call.

Literally overnight, opinions changed and so did the course of history, because in moments of great peril, it is foolish, immoral, and ignorant to hit the snooze button when the alarm rings.

September 11, 2001 was a wake-up call, one that kept us vigilant for a period of time roughly equivalent to the length of our involvement in World War II. We had been attacked, we knew who the enemy was, and we were resolved to find and annihilate him.

Some understandably suggest these days that we are in a “pre-Sept. 11” mindset. This is, of course, somewhat true, but the clichÈ doesn’t tell the whole story. Because before that dreadful day when the world changed forever – or as so many of us thought – there had been other ominous moments and indications of terror to come. The bombing of the USS Cole and attacks on our embassies in Kenya and Tanzania, for example. However, these obvious acts of war were preceded by one on our very soil – the bombing of the World Trade Center in 1993. And the very mistakes we made following that attack (and those that followed before Sept. 11, 2001) we seem to be determined to make again.

The day after – September 12, 2001 – Daniel Pipes, director of The Middle East Forum (www.meforum.org), wrote passionately about how, though the moral blame for what happened fell upon those who planned and carried out the attacks, the tactical blame actually fell on the U.S. government, “which has grievously failed in its topmost duty to protect American citizens from harm.” His list of mistakes back then included:

8. Seeing terrorism as a crime

9. Relying too much on electronic intelligence

10. Not understanding the hate-America mentality

11. Ignoring the terrorist infrastructure in this country

Can anyone with a brain possible grade our efforts in these areas, now more than eight years later, as anything higher than, say, a D+? Bear in mind that self-given marks don’t count and in matters of life and death there is no grading on a curve. It’s the same principle that says “almost” only works in horseshoes or hand grenades.

We are not really just in a “Pre-Sept.11th” mindset, we are actually approaching current Islamism-driven horror in ways reminiscent of how we did things in the 1990s.

How’s that working for you?