Christmas Coming In From the Cold 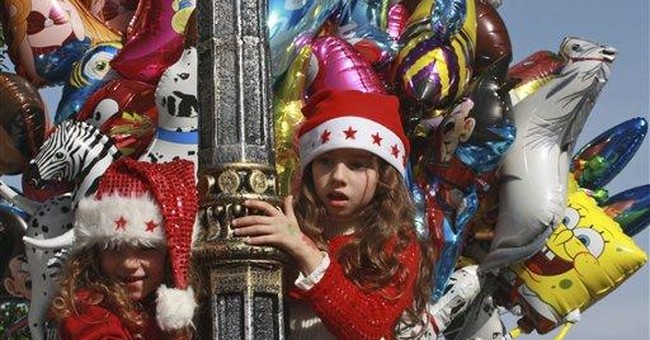 On Christmas day 20 years ago, Nicolae Ceausescu – long time dictator of Romania – was, along with his wife Elena, executed by firing squad just days after fleeing Bucharest, while his tyrannical regime unraveled before the eyes of a watching world.  His demise and the surrounding events are etched in the memory of those of us who watched it all unfold via various news reports.

The look on the once strong-man’s face as a massive crowd began to boo during a speech on December 21st, was one of the defining moments of the fall of Communism in Eastern Europe.  The scene of his helicopter flying him out of the city and his preoccupation during the interim with looking at his watch (which had been equipped with a tracking device for his security people, the gadget – unbeknownst to him – having been disabled by his captors) – these events moved with breakneck speed two decades ago this week.

And while much of the world rekindled almost forgotten traditions of faith and family, due to fresh-found freedom that Christmas of 1989, many Americans celebrated with televisions left on (volume muted), so as not to miss a story that was so compelling.

The Cold War was, in fact, ending.

It was a fitting season of the year for yet another piece of compelling evidence that the schemes of Marx, Lenin, and so many others, were indeed bankrupt and bore the fruit not of promised utopia, but rather tyrannical horror.  One reason for this calendar-driven appropriateness was the irony that so many important Cold War stories had Christmas season components.

The French, following a World War II exile from their imperial hegemony in Indochina, landed there once again just before Christmas in 1945. That didn’t work out so well for them in the long run.  Come to think of it, it didn’t help us much either.

Just in time for Christmas in 1968, and as astronauts prepared to send a Biblical message of peace to all of us on “the good earth,” 82 Americans were rejoicing in their freedom, though with bodies still racked by torture-produced pain. They had been “guests” of the “Democratic” People's Republic of Korea for about 11 months.  The men of the USS Pueblo had been taken captive that previous January and were hostages to Cold War politics and diplomacy.  I had a conversation a while back with Harry Iredale, whose cover on the Pueblo (an intelligence gathering vessel) was his work as an oceanographer. He talked to me in great detail about the seizure of the ship and their brutal treatment (www.coldwarpodcast.com).

On Christmas Eve, 1979, the Soviets invaded a place called Afghanistan, to prop up a faltering Communist regime in that neighboring nation.  That didn’t work out for them, either – or again for that matter – for us.  Paraphrasing Mark Twain’s quote, history may not repeat itself, but it surely rhymes.

A couple of Christmases later, in 1981, the Polish government was enforcing martial law, trying to break the back of something called Solidarity.  That movement was reminiscent of what had happened in Hungary in 1956 and Czechoslovakia in 1968, and with the same result – a Soviet inspired crackdown.  But there was something different about what was going on in Poland.  Maybe, many thought, this was the beginning of something bigger, something that might morph into real freedom.

Eight years later, the Romanian despot was dead, the Berlin Wall was becoming a lengthy pile of stone-pocked dust, and the Soviet system was on the ropes, first trying to reinvent itself; then conceding defeat with barely a whimper.  And on Christmas Day in 1991, Mikhail Gorbachev resigned as President of the USSR, and the hammer and sickle flag was lowered over the Kremlin for the last time.

Yes, there are a lot of Cold War stories that coincide with the season that speaks of peace on earth and good will toward men.

This Christmas there is another such story.  Though the Cold War is now a too-distant memory in light of all that has transpired since in our ever-dangerous world, there is a vital effort underway to ensure that the period from 1945-1991 is never ignominiously relegated to the ash heap of history.

The Cold War Museum (www.coldwar.org) began many years ago with the vision of Gary Powers.  You might recognize him through his full name: Francis Gary Powers, Jr.  Of course, students of the Cold War, and certainly anyone who lived through it, remember that Gary’s father, Francis Gary Powers, was flying one of our U-2 Spy planes on May 1, 1960, only to be shot down over Soviet territory.  He became a prisoner, sometimes pawn, and an iconic and brave figure from that era.

In a day and age when most Americans would think of U-2 as referring to an Irish rock band, there was a time when the men who piloted those magnificent planes played a vital role in national and international security.  For example, we would have found out far too late in the game about missiles in Cuba in 1962, without the reconnaissance photos taken from a U-2 aircraft.

Founded in 1996, the Cold War Museum is a very real memorial to honor Cold War Veterans and preserve the period’s history. For years, a mobile exhibit has traveled around the country and world displaying historical artifacts (more than $3,000,000 worth), including some from the Berlin Airlift, U-2 Incident, Cuban Missile Crisis, USS Liberty, USS Pueblo, and Space Race. In addition, the museum has over $500,000 worth of Soviet, East German, and former Eastern Bloc flags, banners, and uniforms.

After many years of tireless effort and various offers and negotiations, Powers recently announced the acquisition of a permanent home for the Cold War Museum at Vint Hill in Northern Virginia.  The significance of this site selection was highlighted by Mr. Edwin “Ike” Broaddus, Chairman for Vint Hill Economic Development Authority:

"We are pleased to offer The Cold War Museum a home. It is highly appropriate for the museum to locate at Vint Hill, the former Vint Hill Farms Station used during the Cold War, by the National Security Agency, the Central Intelligence Agency, and the US Army to safeguard the United States against a surprise nuclear attack."

Vint Hill is part of The Journey Through Hallowed Ground national heritage area and in close proximity to the Manassas National Battlefield Park, the National Museum of the Marine Corps and the historic towns of Leesburg, Manassas and Warrenton, Virginia, existing major tourist destinations.

The Cold War Museum is a 501c3 charity, a Smithsonian affiliate, and worthy recipient of any support the public may be inclined to offer during this season of giving.  This new home for the museum is, indeed, a Christmas gift to our nation’s efforts to remind and remember.

The museum’s board of directors includes some storied names reminiscent of that period in history, for example: Sergei Khrushchev (son of Nikita Krushchev), David Eisenhower (grandson of the 34th President of the United States and son in law of the 37th President), and Thomas C. Reed (Former Secretary of the Air Force).

As for Gary, he has interesting plans for 2010, involving a trip to Russia marking the 50th anniversary of the shooting down of his father’s plane.  In fact, he is organizing a tour for those who might be interested (May 1-9, 2010), complete with a visit to the prison where his father (who died in 1977) was held for 21 months until his release in exchange for Soviet spy, Rudolf Abel.

As for the end of 2009, it is worthy of note that this has also been the 60th anniversary of the writing of 1984, by George Orwell, as well as the 25th anniversary of the year in the once-ominous title, one that was supposed to be synonymous with totalitarian, “Big-Brother-is-watching” government.