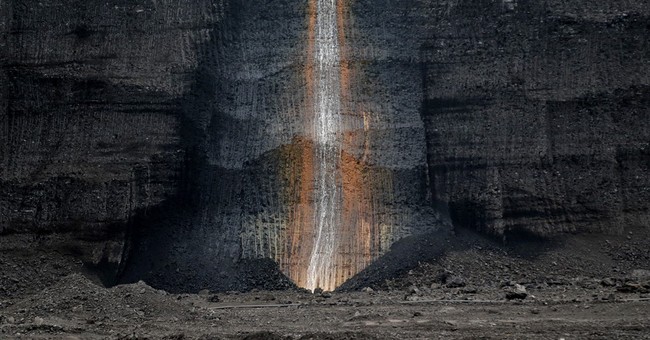 Despite all the catastrophic hyperbole tossed around leading up to the climate mega-conference in Paris, the American public is not paying much attention. For months we have been warned by the prophets of doom, that the United Nation’s climate conference marks the final and best chance for humanity to save itself from certain destruction. We are told that if the 2015 Conference of the Parties (COP21) fails to deliver a major climate change treaty, the world will have missed the last opportunity to mitigate global warming and avert a worldwide disaster. To save ourselves, we simply need our collective governments to agree to impose regulations that change our lifestyles, downgrade our standards of living, and sacrifice our economies. But the alarmist sales job isn’t working, and any binding agreement is highly unlikely to emerge from Paris.

Environmentalists are frustrated. They’ve worked so hard, for so long, to get the U.S. onboard with a binding international climate treaty. So far every attempt has failed, in large part because the American public is not convinced. The main problem with alarmist propaganda of the last two decades is that they can only cry wolf so many times before the public begins to doubt the story. Al Gore’s Academy Award winning documentary “An Inconvenient Truth” proved to be short on truth. A British court went so far as to identify nine scientific errors in the film, and mandate that it could only be shown in British schools with guidance notes to prevent political indoctrination.

For years Hollywood environmental crusaders such as Leonardo DiCaprio, Arnold Schwarzenegger, Robert Redford, Harrison Ford and Sean Penn, have used their fame to try to influence public opinion about global warming. But for all their alarmist drama, a new Washington Post/ABC poll shows that today only about 47 percent believe the government should do more to deal with global warming, down from 61 percent in 2008. According to Schwarzenegger in an interview last week with the Sacramento Bee, it’s all because of a failure to communicate, “I think it is sad the way, you know, the miscommunication about climate change, because so many times, you know, you hear … that the oceans will rise, and the sea levels are rising and the temperature’s rising and the icebergs’ melting, and it’s all stuff that people cannot even relate to,” Schwarzenegger said, “I mean, our brain is not wired that way, that we’re worried about things that are happening in 2050, or 50 years from now. It’s wired about what’s happening today, and no one – even the top environmental officials – really communicates this the right way.” Of course, if the public is too dumb to understand something so important, then governments need to be convinced to make decisions for them, which is why Schwarzenegger, Robert Redford and Sean Penn are taking the stage in Paris this week.

Environmentalists have tried the political route to stir up support. They hoped they could turn global warming into a major campaign issue and elect candidates who agree with their agenda. They spent tens of millions on this endeavor in 2014 - and failed. Billionaire environmentalist Tom Steyer alone spent $58 million and saw almost every candidate he backed defeated. When his PAC, NextGen Climate Action Committee, realized the millions they spent on climate alarm ads weren’t moving the numbers, they were forced to switch to ads on social issues and the economy. A 2014 Gallup poll showed climate change ranked 13th as an issue of importance, with only 40 percent of voters identifying climate change as either “very important” or “extremely important” to their votes. Only 3% of voters rank climate change as the number one election issue.

Mainstream media outlets have provided an echo chamber for climate fear mongering. They enthusiastically play along with every attempt to link global warming to the latest weather pattern or tragedy. This week’s headlines offer great examples; The Clock is Ticking Toward Climate Catastrophe (Yahoo News), Climate Change is a Form of Terror (CNN), COP21: Humanity's Last-Chance Saloon (Huffington Post), Obama: Climate change could lead to rise in extremism (The Hill), Climate Change: 48-page document could save the planet (CNN.com<http://cnn.com>), If the Republicans Destroy Our Planet, Blame It on the Devil (Haaretz), Faith communities organize to save the planet at COP21 (National Observer). But for all their combined efforts to raise public concern, a poll recently conducted by GlobeScan in 20 top industrial countries showed a 13 point drop since 2009 in those who view climate change as a “very serious” issue.

President Obama, intent on making climate change a legacy issue, has used his bully pulpit to amplify climate alarmism and to demagogue warming deniers. He began his second term with a State of the Union speech claiming climate change is the “greatest threat to the nation.” Then, following the Paris terror attacks, he used the opportunity to make a bizarre reference about Islamic terrorist’s opposition to COP21, “What a powerful rebuke to the terrorists it will be, when the world stands as one and shows that we will not be deterred from building a better future for our children.” One could almost infer that the President was suggesting the terror attacks in Paris were an attempt to deter world leaders from tackling global warming. A new Economist/YouGov poll shows only 8 percent of Republicans, 19 percent of Independents, and 25 percent of Democrats believe there is any connection between climate change and an increase in terrorism.

Pope Francis triggered new enthusiasm with environmentalists when he took up the mantle of an eco-evangelist. Perhaps by making global warming a religious moral issue, many in the public would finally have a climate change conversion. In anticipation of the Paris climate conference the Pope rolled out his encyclical teaching on global warming earlier this year, and has used every opportunity to implore the world to adopt the Paris accord. His encyclical frames the fight against CO2 emissions as a moral imperative for the Catholic Church. Fossil fuels are characterized as the embodiment of evil. On Sunday he prayed, "For the sake of the common home we share and for future generations, every effort should be made in Paris to mitigate the impact of climate change and, at the same time, to tackle poverty and to let human dignity flourish.” If the Pope’s prayer were answered it would be unfortunate for the poor. The U.N.’s regulation of fossil fuels would have the greatest negative impact on the quality of life for those who are more concerned about immediate nourishment and shelter than anthropogenic climate model projections.

Despite the Pope’s climate sermons, impoverished countries know how much their economies and citizens depend on access to affordable fossil fuels. It’s the key reason they won’t sign on to an equivalent deal without the extracting a long-term financial prize from wealthy nations. The religious dogma hasn’t inspired a host of new believers. According to a recent Pew Research Center poll, around 47 percent of Catholics, attributed global warming to human causes, and less than half viewed it as a very serious problem. The demographic groups least concerned about global warming happen to be religious communities - white Catholics and white evangelicals.

So what’s the deal? Why all the climate apathy and global warming denial? Is Arnold Schwarzenegger right – a majority of people are simply too ignorant to understand what they are being told? I don’t believe it’s a communication problem. I believe it’s a science problem, and a global warming solutions problem. Global warming alarmists are masters of propaganda. They have employed the most Orwellian tactics in their attempt to produce a seismic shift in the American conscious over global warming.

The fact that alarmists effectively changed the basic term of the debate from "global warming" to the catch all term "climate change," even though the science they continue to reference is all about warming, is revealing. First, it should make us all skeptics. If global warming was an undisputed fact, evidenced by Al Gore's warming predictions actually becoming reality, alarmists wouldn't need to change the term to "climate change." It also reveals how shrewd they are with their warming rhetoric. Climate change is a convenient catch all propaganda term for alarmists. It encompasses every weather related event, every storm, every drought. It can be twisted and distorted to mean almost anything. Even war and terrorism can now be blamed on the weather. But after all the manipulative word games, millions of dollars spent on promoting global warming ideology, celebrity prattle, and a U.S. President who claims that global warming is the greatest threat to mankind - public opinion appears to be, at best, stagnant or shifting in the opposite direction.

When 150 world leaders gather to discuss something, that something must a real big deal. But the world is giving a collective yawn to the international confab in Paris. That’s a mistake. We should pay attention, not because the alarmists are correct with their predictions of a global warming Armageddon, but because three quarters of the world’s leaders are attending a meeting for the purpose of inking an agreement to significantly change our quality of life, strangle our economy, eliminate jobs, and provide billions of taxpayer dollars to developing country’s economies in the form of green bribes.

If you aren’t a skeptic about global warming science, you should be a skeptic about global warming solutions. Take a few minutes and browse the U.N.’s Framework Convention on Climate Change (unfccc.int<http://unfccc.int/>), or their blueprint for sustainable development, Agenda 21 (sustainabledevelopment.un.org<https://sustainabledevelopment.un.org/content/documents/Agenda21.pdf>). It’s big government on steroids, imposing international regulations on almost every component of our lives. It uses climate change as an excuse for government to address every Leftist issue imaginable, from wealth redistribution to empowering unions, to feminism. It’s not compatible with the U.S. Constitution, our democracy or our ideals. There are many nuances to the art of twisting the facts to influence opinions and behavior, but political propaganda is most effective when its target audience fails to recognize the persuasive tactics being employed and how they shape the public’s beliefs. It’s been said that “eternal vigilance is the price of liberty." When it comes to climate propaganda, and meetings like COP21, Americans should all be very vigilant. A binding U.N. climate treaty would prove to be a real man-made global disaster.