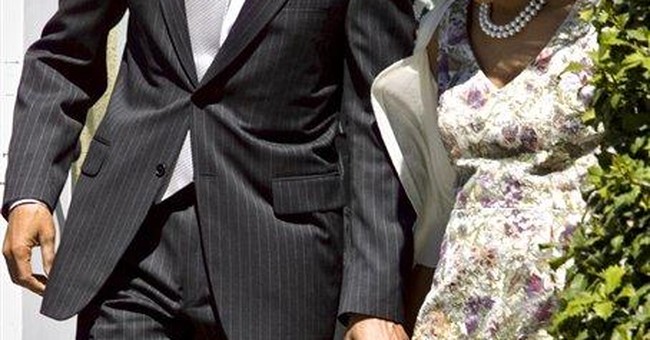 This week, President Obama’s globe-trotting will take him to a Latin America for the Summit of the Americas, a region of the world where a resurgence of Communism has complicated U.S. relations. Hispanic-Americans will be paying close attention to the posture he takes with hard-left dictators like Hugo Chavez and Daniel Ortega.

At the height of his presidential run, then-Senator Barack Obama feared Senator Hillary Clinton was gaining an unbeatable lead among Hispanic voters in the Democratic primaries. In response, he went to the Southwest to court Hispanics with the catch-all, “Yes, we can.” “Si, se puede” is no mere melodious Spanish. It evokes powerful memories in a militant left that cut its teeth in the radical California Chicano politics of East L.A. and the San Joaquin Valley where grapes of wrath were said to be picked by Mexican immigrants in the 1960s.

By the time Candidate Obama adopted the phrase, its meaning was an implicit promise to solve all problems Hispanic and to give earnest presidential attention to a Latin America which he accused the Bush Administration of neglecting. In that context, the implied promise was that a President Obama could do business with Cuba, Venezuela, Nicaragua and other countries ruled by the left. It worked. He got 67 percent of the Hispanic vote compared to Al Gore’s 62 percent in 2000.

Now, President Obama may find out - like Vice-President Joe Biden found out on his recent trip to Central America – that some Latin leftists play hardball and will not be moved by mythical incantations of fairness and progress, let alone by their own citizens’ pleads for Democracy and transparency. Vice-President Biden got a taste of that when he was snubbed by the leftist presidents from Nicaragua and Honduras when they were beckoned to Costa Rica for the pleasure of meeting him.

Nicaragua’s Daniel Ortega has regional ambitions. How President Obama deals with those plans will be crucial for the area’s stability and test the President’s willingness to recognize the severity of the problem.

A year ago Daniel Ortega became president with the aid and counsel of Hugo Chavez and since then, Ortega has been scheming to become president-for-life. To that end, last November the Sandinistas stole elections across the country including mayor of Managua by way election fraud and intimidation. Opposition was confronted with sticks, stones, bullets, home-made mortars and beatings. The Sandinistas went so far as to block the American Ambassador’s path on the way to a conference at a Catholic church just three miles from the American Embassy where evidence of election fraud was presented. The Ambassador was rendered a sitting duck, looking bewildered, angry and impotent in the face of the blockade perpetrated in front of him by Sandinista Citizen Power Councils or CPCs.

Those elections were widely seen as a referendum on Ortega’s authoritarian ways, and he could ill-afford to allow the voters to send a different message. Instead, he sent them a message to demoralize and to crush any dissent.

Auxiliadora Martinez’s case neatly illustrates the point. She is a Nicaraguan 23 year old activist and campaign worker in the Managua mayoral elections who has been the victim of Sandinista violence. Mr. Ortega’s usual tactics of beatings, stonings, bullets and chaos almost culminated her rape, shortly after a democracy rally against Ortega’s electoral fraud. Before the election, she twice came to the US to seek assistance for pro-democracy efforts in Nicaragua. During her last entry to Nicaragua she was questioned by Ortega’s agents at the airport for hours. Her crime: bringing in campaign t-shirts and hats to hand out to supporters of the anti-Ortega candidates in the elections. Her motive for getting involved, simple: Her two uncles were murdered by the Sandinistas in the 1980s because they were suspected of being Contra-sympathizers. They were just twelve years old when they were murdered. Ms. Martinez has applied for political asylum with the U.S. State Department, knowing that she will face violence at home due to her public notoriety in support of democracy. Although the USICS’s Asylum Office in Los Angeles initially denied her claim, it is revisiting it with new video evidence showing Ortega’s thugs bullying Ms. Martinez and a few hundred demonstrators in Managua last November.

As violence against pro-democracy organizations and former Contras escalates, so does the opposition’s resolve to defend themselves. Former Contra peasants from whom Ortega has taken away small parcels of land they received in the 90’s peace-agreements, have begun to arm themselves. No less an authority than the Archbishop of Managua, Monsignor Leopoldo Brenes, confirmed this week the existence of armed peasants in the countryside willing to defend themselves from the Sandinista-violence.

Before the situation in Nicaragua spirals out of control in what appears to be a precursor to civil insurrection, the Obama Administration must go on record in recognizing Daniel Ortega’s tactics as hostile to U.S. interests in the region. The political asylum case of Ms. Martinez’s is pivotal. If the Administration grants her political asylum they will send a strong message to Daniel Ortega. Refusing asylum will only encourage the region’s rogue, leftist regimes to eradicate their opposition.

In June, President Obama will decide whether to permanently suspend some $70 million in aid to Nicaragua. And next week, he will get a chance to contend with Latin America’s left at the annual hemispheric conference to be held in the Caribbean. The President wants to be seen as someone that can contend with Cuba, Venezuala and Nicaragua.

Last year, half a million Latin Americans became naturalized citizens. They will be among those watching how President Obama reconciles his campaign promise to cozy-up to Latin America’s left while attending to the chaos and suffering it is generating south of the border.