David McIntosh
|
Posted: Jan 04, 2017 1:11 PM
Share   Tweet
The opinions expressed by columnists are their own and do not necessarily represent the views of Townhall.com. 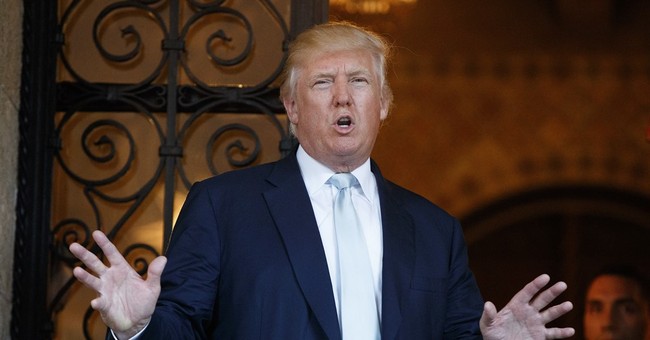 When the President-elect takes to Twitter to threaten a major American company with a “big border tax,” as he did again on Tuesday, Americans are the real losers. First, it is working families who would pay the Big Tax. Second, the fact that the future leader of the free world is signaling out a private employer for a campaign of berating criticism means that everyone is in jeopardy.

American companies already face the highest corporate tax rate in the industrialized world at 35%. Forty-four states levy an additional corporate income tax. Those high taxes are passed along to consumers as the price of doing business.

If the President-elect follows through on his threats, those costs will soar even higher. In fact, here’s exactly what happens when Washington imposes tariffs on imports coming into the country:

1. The price of the imported product rises. A tariff is a hidden tax that’s passed along to buyers. Tariffs are often in double digits so they hurt everyone from consumers buying new electronic gadgets to businesses that are importing raw materials for products finished here.

2. Fewer American jobs are created. US companies often are forced to compensate for the burden of higher taxes by hiring fewer employees.

4. Foreign countries also retaliate against American companies by slapping tariffs on imports from the US. That means less income, productivity, and jobs for those US companies.

None of this is hypothetical. It’s been proven to be the case in the past. The Smoot-Hawley Tariffs of 1930 helped fuel the Great Depression. US exports declined rapidly. A massive import tariff on wool rags devastated US manufacturing of cheap clothing. The manufacture of paint was harmed by a tariff on linseed oil, and so on.

As recently as the Obama Administration, we saw how a tariff of about 30% on tires imported from China failed to significantly build up US tire manufacturing jobs. Instead, the tariff drove up the cost of tires for Americans. This opened a pathway for cheaper tires from other countries and was eventually met by China with a retaliatory tariff against our poultry industry.

The President-elect may think he’s teaching companies a lesson with his “big border tax,” but the truth is that big taxes hurt the economy, and all Americans.

There’s also this: After eight years of a president who reveled in using executive power to punish some and reward others, do we really want our new president to arbitrarily use the federal tax code to castigate companies that don’t do business his way? It’s a form of economic tyranny that may seem to yield some short-term gains; but at what cost to the overall economy and to free markets?

Candidate Trump laid out a better way in his campaign. The President-elect advocated for good incentives that encourage American businesses: slashing unnecessary regulations and passing broad-based tax reform. Those are the tools that entice companies to believe in the return of a pro-growth environment. That’s what causes them to expand and create jobs.

While it may be a flashy PR stunt to threaten a “big border tax,” if President-elect Trump is serious about creating millions of jobs for Americans, he will use his leadership to drive taxes down and roll back regulations that cost American jobs.