David Limbaugh
|
Posted: Jun 04, 2021 12:01 AM
Share   Tweet
The opinions expressed by columnists are their own and do not necessarily represent the views of Townhall.com. 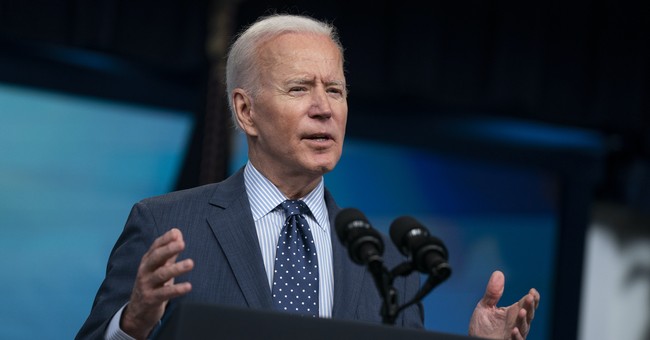 This may shock and amaze you if your blinders are on, but President Joe Biden is not only not a uniter; he is actively trying to divide Americans on race -- and other issues -- purely for raw political power. There is no other plausible explanation.

During former President Donald Trump's entire presidency and ever since, we've been bombarded daily with the narrative that Trump is divisive and a racist. His political opponents and the media distorted his words, such as those he said in the aftermath of the Charlottesville attacks, to paint him as sympathetic to white supremacists. That was always absurd, but it is now largely accepted as conventional wisdom.

Of course, the real ploy was to demonize and marginalize all Trump supporters, not just Trump. The implication was that anyone who would support such a bigot must be a bigot. Truth be told, this nicely fit the left's decades-long smear of Republicans as racist as evidenced by their ideology.

Before you scoff at this as wanton hyperbole, consider that I'm not alone in my thoughts. A Rasmussen Reports poll released June 1 revealed that 39% of likely voters believe race relations have deteriorated since Biden's election.

Consider also the left's almost-farcical crusade to tie conservative policies to racism. Examples abound: Conservatives favor border enforcement because of their racial animus against Mexicans entering the United States; conservatives are insensitive to examples of police misconduct against African Americans because they're racist; they favor tax cuts to further enrich the wealthy and disadvantage minorities; they promote school choice initiatives to keep minorities down; and -- everyone's favorite -- they support voter ID measures and other laws in the name of ensuring election integrity but really to suppress the black vote.

If you think I'm exaggerating, note that CNN's Chris Cuomo suggested there is a "through-line" from the Tulsa race massacre to Republicans' election bills. He added that the GOP is "intensifying its efforts to strip people of color of their rights to vote, the boldest attempt since the era of Jim Crow." I wonder what American leftists would say about the fact that 46 of the 47 European democracies reportedly have election voter ID laws. Are they all racist too?

There is, after all, a method to the left's maddening-ness. Since the Obama presidency, leftists have identified white supremacy as rampant and as a major threat to national security. They maintain that white supremacists are legion and are domestic terrorists. In his speech in Tulsa, ostensibly to commemorate the 100th anniversary of the race riots and atrocities against African Americans in that city, Biden underscored this point with the preposterous declaration that white supremacy is the (SET ITAL) most (END ITAL) dangerous threat to America today. Are you kidding me, President Biden? Have you no shame?

That's not all Biden said in Tulsa to stir the racial pot, making clear that his primary purpose was not to honor the lives and misfortunes of the black victims in Tulsa in 1921. He disgracefully politicized the entire event, using it not for racial reconciliation but racial agitation -- and as a platform to vilify his political opponents.

Biden said: "(Y)oung black entrepreneurs are just as capable of succeeding, given the chance, as white entrepreneurs are, but they don't have lawyers. ... They don't have accountants. ... (Y)ou turn on the stations ... And I don't know many commercials you'll see ... two to three out of five have mixed-race couples in them. That's not by accident. They're selling soap, man."

Trump haters can say what they want about Trump, but did he call his accusers racist -- ever? It would have been more justified than their ubiquitous claim that we're all racist for the simple reason that they turn everything into a race issue. They also reject colorblindness as a societal aspiration. They insist we look at and treat one another differently based on our race -- not as unique individuals God created.

This insanity has got to stop. I know I write about this issue often, but as long as the left keeps fraudulently smearing us as racists, we have got to fight back. These vile slanders must not go unanswered.

People have to call Biden out on his flagrant race-baiting. They must quit depicting Biden as a nice and innocent man when he is abusing his powerful position and his bully pulpit to pit us against each other and severely damage racial relations. Enough is enough.