David Limbaugh
|
Posted: May 17, 2019 12:01 AM
Share   Tweet
The opinions expressed by columnists are their own and do not necessarily represent the views of Townhall.com. 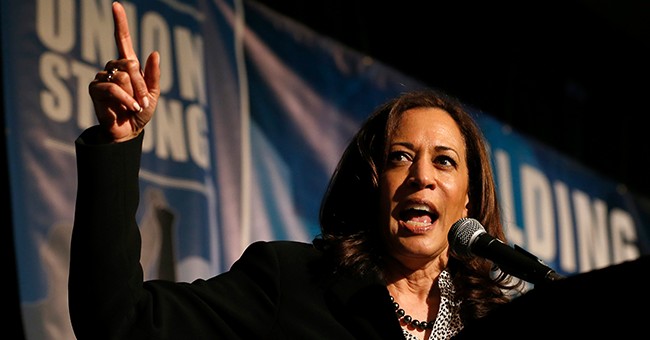 Alabama's mostly Republican lawmakers and governor passed a strong abortion ban this week, and liberals are fit to be tied.

"Today, I signed into law the Alabama Human Life Protection Act, a bill that was approved by overwhelming majorities in both chambers of the legislature," said Gov. Kay Ivey. "To the bill's many supporters, this legislation stands as a powerful testament to Alabamians' deeply held belief that every life is precious and that every life is a sacred gift from God."

In today's secular culture, the governor's invocation of God is almost as bold as signing the bill into law. But it's gratifying that some public officials are willing to observe that respect for life is fundamentally a spiritual issue.

I'm sure many leftists are horrified at the reference to God, but they have their hands full hyperventilating over the strictness of the law itself, and so, they will probably let this slide for now. The bill prohibits abortion except when the life of the mother is in jeopardy or the unborn child has a "lethal anomaly." The bill makes it a felony for doctors to perform or attempt to perform an abortion.

In her statement, Ivey acknowledged that the law might not be constitutional under the Supreme Court's notorious 1973 Roe v. Wade decision that legalized abortion in all 50 states. But she noted that the bill's sponsors hope the bill will prompt the court to revisit this issue.

Not to be unduly pessimistic, but frankly, I'm not sure why Democrats are so exercised. Justices Roberts and Kavanaugh have both expressed their abiding respect for longstanding Supreme Court precedent, apparently even if, like Roe, its rationale was manufactured out of whole cloth. The court's decision was not only egregious in substance -- inventing a constitutional right to abortion out of imaginary language in the Constitution creatively referred to as "emanations" and "penumbras"; its effect on society was just as bad.

Before the decision, the issue of abortion was the prerogative of the individual states, determined democratically by their duly elected representatives. The court's fiat was not only erroneous on its face; it tyrannically divested the authority of the states. This federal judicial travesty sparked national acrimony over abortion. Judicial tyranny, where it occurs, is just as bad as executive despotism.

Here we are almost 50 years later, and the court still hasn't overturned Roe. But when any of the sovereign states dares to pass a law outside Roe's parameters, liberals become unhinged, huffing hysterically about the state's audacity to deviate from the court's ruling.

Yet every day, liberals around the nation enact measures they know violate existing constitutional precedent with the undisguised intent that they serve as test cases and that courts, under relentless pressure from their activism, will change the law. When liberals do it, it's noble activism; when conservatives do it, it's anarchy.

The Guardian, for example, framed the Alabama law in racial and gender terms. Why not? That's what liberals do. It's almost all they know anymore. "These 25 Republicans -- all white men -- just voted to ban abortion in Alabama," the headline reads. The law, according to the article, "will disproportionately affect black and poor women, because they are more likely to seek abortions, and less likely to have resources to obtain an abortion out-of-state."

Not once did the article allude to the only innocent party in the equation: the unborn baby. Nor did it mention that America's abominably liberal abortion laws result in the grossly disproportionate killing of innocent black babies. Pro-life leaders in the black community have said that "the most dangerous place for an African-American is in the womb" and that abortion "is the most institutionalized form of racism" in America.

Planned Parenthood, the left's favorite abortion factory, was outraged at the bill. "Today is a dark day for women in Alabama and across the country," said Staci Fox, CEO of Planned Parenthood Southeast. "Banning abortion is horrible ... We will take this to court and ensure abortion remains safe and legal and accessible in the state of Alabama." She forgot "profitable."

Democratic leaders were seemingly in a competition over who could condemn the law most harshly. Hillary Clinton said it is an example of "appalling attacks on women's lives and fundamental freedoms." We can safely infer that she was not factoring in the female babies' lives the law would protect. Sen. Elizabeth Warren said the "ban is dangerous and exceptionally cruel." She did not comment on whether the law is cruel to the unborn babies. Warren and Sen. Kamala Harris both noted that the law is an attack on Roe v. Wade.

Yes, that's kind of the point, and Alabama's Republicans are admitting it. Isn't it about time the court revisited Roe in earnest? What these Democrats don't say is that their best hope of preserving existing abortion law is for the court to affirm its lawless 1973 decision, either through some newly created legal fiction or in almost-idolatrous fidelity to long-standing but screamingly bad precedent.

As I say, I doubt the court, even as currently constituted, will overrule Roe outright, but it would be a glorious day for America, and for God's innocent unborn babies, if it were to do so.