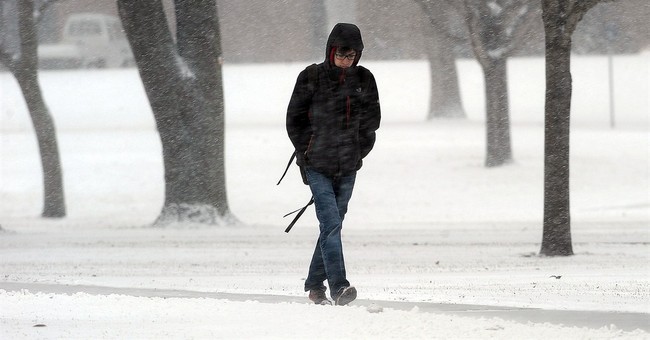 Trending
Honestly, sometimes leftist thought police surprise even me, not so much with their unreasonableness, extremism and tyrannical tactics but with their brazenness in openly showing who they are. Each new day's headlines trump yesterday's.

A few weeks ago, Fox News' Todd Starnes reported on a Marquette University student's encounter with his ethics instructor. The professor, Cheryl Abbate, was leading her "Theory of Ethics" class in a discussion about the application of philosophical theories to controversial political issues.

Among the issues listed on the blackboard were gay rights, gun rights and the death penalty. Professor Abbate removed gay rights from the list before the discussion began, with the summary explanation, "We all agree on this."

This puzzled the student, as he certainly did not agree with his instructor's view on the issue and believed it should have been open for discussion along with the other issues. He approached Abbate after class and expressed his opinion that the class should have been allowed to discuss gay rights.

The student recorded his conversation with Abbate without her permission or knowledge. Questions concerning the impropriety of that secret recording aside, the substance of the recorded exchange is illuminating.

The student asked, "Are you saying if I don't agree with gays not being allowed to get married that I'm homophobic?"

The teacher said, "I'm saying it would come off as a homophobic comment in this class."

After further discussion, Abbate said, "You don't have a right in this class (an ethics class) especially to make homophobic comments."

When the student persisted that he is not homophobic and that the professor was restricting his rights and individual liberties, Abbate shot back: "You can have whatever opinions you want, but I will tell you right now, in this class homophobic comments, racist comments, sexist comments will not be tolerated. If you don't like it, you are more than free to drop this class."

The student took her up on the offer and dropped the class. His complaint with university officials went nowhere.

As totalitarian and censorial as Abbate's behavior was, what followed was arguably worse.

Marquette professor John McAdams learned about the incident and expressed his strong disapproval on his blog, Marquette Warrior. McAdams wrote: "Like the rest of academia, Marquette is less and less a real university. And when gay marriage cannot be discussed, certainly not a Catholic university."

Boy, did McAdams step in it. It's not just university students whose speech is suppressed there. On Dec. 16, McAdams received a letter from the dean relieving him of his teaching duties, saying he was under investigation and banned from campus.

To get a flavor of the terse three-paragraph letter, take a look at the first sentence of the final paragraph from Dean Richard C. Holz: "You are to remain off campus during this time, and should you need to come to campus, you are to contact me in writing beforehand to explain the purpose of your visit, to obtain my consent and to make appropriate arrangements for that visit."

In its letter to McAdams, the university did not specify the charges against him, but President Michael R. Lovell wrote a letter to the campus community and said: "This is a matter of official policy, but it's also a matter of our values. Respect is at the heart of our commitment to the Jesuit tradition and Catholic social teaching. ... The university will not tolerate personal attacks or harassment of or by students, faculty and staff. ... We deplore hatred and abuse directed at a member of our community in any format."

There you have it. We have a professor at a university (a Catholic one, no less) -- an institution ostensibly dedicated to intellectual and academic inquiry and the free flow of ideas and expression -- prohibiting certain relevant views from even being discussed in the classroom, encouraging a dissenting student to drop the class if he doesn't approve of the Stalinist tactics, and casting opposing views as "hatred."

Then we have another professor who expresses his strong dissent of such Stalinist practices and is consequently subjected to worse Stalinist practices in the form of being summarily suspended from his duties and banned from the campus as if he were a serial felon or known terrorist.

Do leftists even pretend to be intellectually open and behaviorally tolerant anymore? If they do, will anyone take them seriously?

Defenders of these abominably indefensible actions will tell you, indignantly, that they give no quarter to those who are intolerant. But what they mean is that they are militantly intolerant of people who express views different from their own, even if the people expressing those views are highly respectful of everyone concerned.

What scares me more than the left's deliberate muzzling of people's expression is that it's doing so with an air of moral superiority, coupled with a perfect blindness to the perniciousness of its actions, its overt hypocrisy and its moral bankruptcy.

The enemies of liberty and tolerance continue their scorched-earth oppression of their political opponents under the fraudulent banners of tolerance and liberty -- and it is truly sickening and highly disturbing.