Leftist Thought Police Emboldened and on a Tear 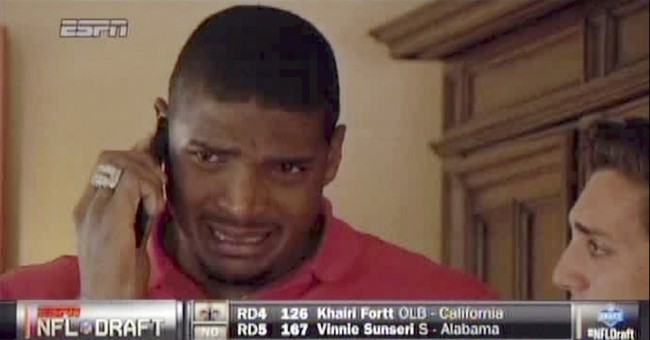 Before I begin, I want to pose a question to the powers that control our society today: Am I allowed to comment on issues that pertain to homosexuality if I don't echo the views of our masters?

Will people who read this column willingly twist what I say to justify condemnation of anyone who disagrees with them? They certainly do it to many other people.

Note to those waiting for an excuse to pretend to be offended so they can cram their views down our throats with McCarthyite tactics: Please read precisely what I say and don't draw unwarranted inferences, for there are no hidden meanings here and there is no concealed agenda.

My intent is not to comment on the propriety or normality of homosexual behavior or same-sex marriage, though I will not run from my previously stated position that I oppose formal societal sanctioning of same-sex marriage and believe that marriage is between one man and one woman. So sue me. No, please don't. That is just an expression. Some of you might take that seriously and test your standing, and in this culture, who knows how that would end up?

What greatly concerns me is the increasing discrimination against people whose views don't conform to the dictates of the leftist thought and speech police. Have leftists become so emboldened by their organized bullying of their opponents that they openly support outright discrimination and legal penalties against them? In their self-righteous zeal, have they morphed into the very ogres they crusade against?

So what if someone doesn't believe homosexual marriage ought to be sanctioned? Does that person not have a right to say so without fear of formal reprisal? People who disagree certainly have a right to be offended -- if you can call that a right -- but do they have a right to be protected from being offended? For example, Miami Dolphins player Don Jones has just been fined and suspended by the Dolphins because he posted two tweets either critical of or making fun of Michael Sam, the first openly gay person to be drafted to the NFL. Jones will be allowed to rejoin the team only after he completes "educational training."

Let's take it a step further. What if someone believes that the Bible teaches that homosexual behavior is sinful and also believes in following the Bible? Are we getting to the point that Big Brother not only gets to disapprove of such beliefs but also is entitled to punish and muzzle those who subscribe to them?

Which is a greater evil and which is a greater threat to our formerly free society, to believe that homosexual behavior is sinful and same-sex marriage ought not to be sanctioned or to ban the expression of such thoughts?

Leftists can deny that they want to control thought -- just as they send another "homophobe" to sensitivity training not to teach him to treat all people well but to re-educate him on the issues. Don't fool yourselves. The left isn't simply demanding that we treat all of our fellow men and women with respect; it's insisting that we all march in lock step with its view of the moral propriety of such relationships.

Are there any proponents of same-sex marriage out there who are concerned by the utter totalitarianism we are moving toward? Will they stand up against it, or will they allow their views to be merged into the dangerous groupthink that is enveloping our collective psyche like the blob?

Particularly disturbing is the left's despicable tactic to label as haters those who believe in traditional marriage. This is the worst kind of dishonest intimidation I've witnessed by a large group in our society in years.

I shouldn't even have to say this, but people who oppose same-sex marriage do not hate homosexuals. They don't dislike them. They don't want them to be mistreated. They just don't want society to sanction marriage outside its traditional definition.

Christians believe all kinds of behaviors are sinful but don't consequently hate the sinners, not only because they are commanded not to hate sinners but to love them but also because if they hate sinners, they will hate themselves, as we are all miserable sinners. Is it a stretch for Christians to wonder how long it will be before the expression of some of their views will be outlawed?

This appalling effort to taint opponents as haters is rampant because it is what fuels the mob mentality against dissenters and empowers the thought police.

If leftists are so intent on normalizing homosexual behavior, why are they browbeating us with the issue by glorifying homosexuals, demonizing same-sex marriage opponents and sending those who publicly disagree to re-education camps when they can get away with it? Was it really necessary, for example, for President Obama to give a shoutout to Michael Sam for being the first openly gay player drafted to the NFL? So what? If homosexuality is normal, then just let it go without comment. Why do leftists have to politicize everything?

I don't care that Sam is gay and he will play in the NFL. More power to him. I do care about our society's becoming Stalinist. Do you?