His 'Highness' or His 'Highhandedness'? 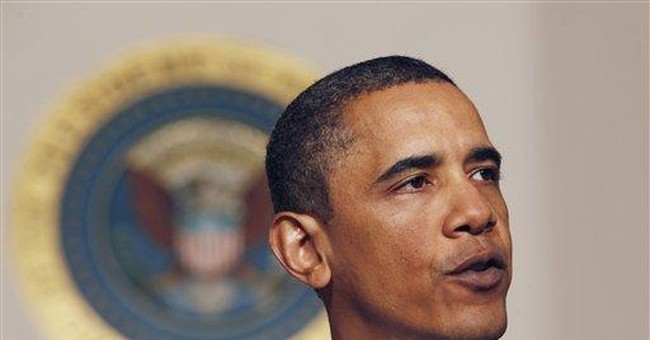 The more we read about Obama's health care scheme and his handling of it the more obvious his arrogance and contempt for the people become.

This is stunning behavior, really, for any administration (and his party), but especially one that holds itself out as a servant of the people and a model of transparency.

Seriously, who do these people think they are? No wonder they always assumed the worst of former President George W. Bush and then accused him of sinister motives he never had and actions he never committed. As I've noted before, they were projecting. They knew how they would behave if in power. Now, once again, they're proving it.

Think about it. Obama promised at least eight times -- memorialized in video recordings -- that he would air health care debates and negotiations on C-SPAN for all to see. If you watch the videos, you'll notice that he was even wearing that smug, self-righteous look as he made his deceitful pledge, as if to say: "When I take over, we are finally going to return power to the people. We'll be open and transparent. We won't behave as Washington politicians are used to behaving. We're better than that. We're morally superior."

But now, his highness is not only not going to air the negotiations on television; he and his party are making sure to negotiate behind closed doors, period. Even the Republicans -- you know, that other political party -- will not be invited or permitted to participate in the discussions.

It gets worse. When pressed to respond to the open-and-shut claim that he deceived the people in promising a transparent process, he simply says -- through his disgraceful surrogates -- that he isn't going to be bothered to discuss it. He doesn't have to explain himself. He's the messiah. Who are we to doubt -- much less question -- him?

Keep in mind, folks, that this is a bill the public has clearly indicated it does not want passed. Americans are not ready for socialized medicine. But Obama and his party don't care. They are forcing it down our throats as quickly as they can, unilaterally -- to borrow their favorite term to criticize President Bush's foreign policy.

The White House is also being completely dismissive -- another term Obama is fond of using, to describe the United States before he ascended to the throne -- concerning legitimate questions about the constitutionality of Obamacare.

Consider this: No fewer than 13 state attorneys general signed a letter to House Speaker Nancy Pelosi and Senate Majority Leader Harry Reid, expressing their "grave concern" over the constitutionality of one provision of the bill. This provision would cause the federal government to grant special favors to Nebraska (subsidizing its Medicaid costs) pursuant to the Democrats' bribe to secure Sen. Ben Nelson's support. (I might note that the attorneys general could have asserted quite a few other constitutional challenges, such as the bill's unlawful mandate that people be forced to buy health insurance and the utter lack of constitutional authority for the federal government to legislate in this area at all.)

How did the White House respond when asked about this letter?

Well, White House press secretary Robert Gibbs, after admitting he hadn't even read the letter, said, "I do not believe that anybody has legitimate constitutional concerns about the legislation."

That settles it then. Chief Justice Gibbs has spoken. Also, when asked whether Obama supported the provision giving special treatment to Nebraska, he glibly said, "He's a supporter of the Senate bill, so I don't know what that will lead you to conclude." How's that for a little sarcasm chaser to top off your shot of corruption?

Even Nancy Pelosi, a piece of work in her own right, is no longer vouching for the integrity of her Fearless Leader. When asked about Obama's broken campaign pledge to air health care negotiations on C-SPAN, she quipped, "Really? There are a number of things he was for on the campaign trail."

A question for you lingering Obama supporters: How is his "man of the people" facade looking to you now?