It’s Not About the Climate—It Never Was

David Legates
|
Posted: Mar 01, 2019 12:01 AM
Share   Tweet
The opinions expressed by columnists are their own and do not necessarily represent the views of Townhall.com. 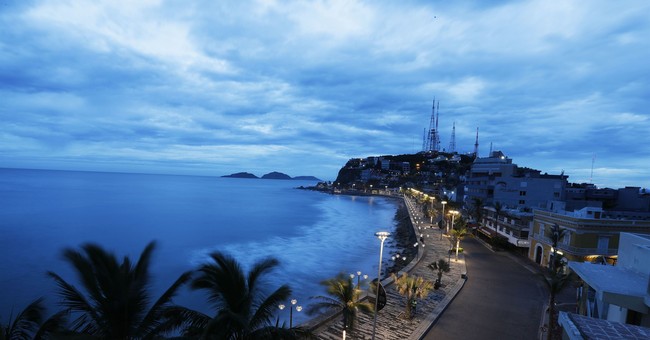 Generally, I conclude most of my climate change presentations with the phrase, “It’s not about the climate; it never was.” Here, I would like to start with that statement. In this brief article, I will discuss why carbon dioxide isn’t the dangerous gas it is made out to be, why climate change is not an ‘existential’ threat to the planet, and why the Green New Deal is not a solution to climate change.

Let me begin with a series of questions.

Is our climate changing? The answer is clearly “YES” because climate has always changed. We often define ‘climate’ as ‘average weather’ and averages are not supposed to change. If they do, the cause must be unnatural. Treating the climate as a statistical average further implies that it should be static; in fact, the Earth’s climate is dynamic, variable, and ever-changing.

Is global warming real; or, more specifically, has the surface air temperature risen about 0.6°C (1.08°F) since the late 1800s? The answer also is “YES,” and on that there is little debate.

Do humans affect the Earth’s climate?Again, the answer is “YES” with little debate. We can point to the urban heat island—for example, the Washington metropolitan area is warmer than the surrounding countryside due to the urban city and this has been widely studied. Because of impervious surfaces and the increased water demand of urbanized areas, floods and drought frequencies and intensities also are affected.

Does carbon dioxide absorb energy?Yes, certainly. The Earth’s surface is warmer than it would be in the absence of an atmosphere—by about 30°C (54°F). But remember, the most important greenhouse gas is not carbon dioxide; it is water vapor. Water cycles fast through the atmosphere, absorbing energy as it evaporates and releasing that energy as it condenses. The current amount of water in the global atmosphere will fall as precipitation in just the next ten days. Its mobility and efficiency in absorbing heat energy makes water fundamental in explaining the climate of the Earth.

If the amount of carbon dioxide in the atmosphere doubles, what will the effect be on global air temperature?This is where the debate begins.

This implies that the effect of a doubling of carbon dioxide has much less impact than the models suggest—their sensitivity has remained above 3°C (5.4°F) over the last two decades—which helps to explain why their estimates of warming are much higher.

How do we know that carbon dioxide is a minor player in climate change? Both theory and models tell us that the biggest effect of carbon dioxide on air temperatures should lie in the upper tropical troposphere. The troposphere is the layer of the atmosphere where all weather resides. Over the last forty years, the warming of this layer has been small, whereas the models indicate the warming should have been much greater. This further underscores that climate models grossly overstate the climate warming.

Minimum daily air temperatures have increased, but that is associated with the warming of urban areas. Averaging these two extremes to get a daily average and then reporting that “this year is the warmest in recorded history” is highly misleading since most stations have a short record length and the warming is not due to carbon dioxide.

Will this warming necessarily lead to more climate extremes—floods, droughts, hurricanes, tornadoes, sea level rise, etc.? I can write in great detail showing the data and explaining why these events are not increasing in frequency or intensity and why, under a warmer world, the physics indicate that they should not. Changing land use and increased demand for water are more significant than carbon dioxide in changing the impact of climate on our lives. Coverage of extreme weather gives the false impression that violent weather is becoming more frequent and intense when the data say otherwise.

Is a warmer climate and more carbon dioxide a net benefit to life on the planet?The answer to this question is a resounding “YES.” More people die from exposure to cold than heat. A longer growing season is more beneficial to feeding a growing population. Further, since carbon dioxide is plant food, under higher carbon dioxide concentrations, virtually all plants grow faster and are more efficient in using water.

So, what is the climatic benefit of spending trillions of dollars and fundamentally changing our economy and way of life? The Green New Deal is not about ‘stabilizing’ the Earth’s climate.  Carbon dioxide is a small player in climate change.

The United Nations has become the modern-day Robin Hood—creating wealth redistribution on a global scale. Industrialization has made developed nations ‘rich’, and by using fossil fuels, they are supposedly destroying our climate, for which the developed world must pay. Rich nations, therefore, must give much of their wealth to the poorer nations.  Climate change has become the cause célèbre to move nations to action.

The Green New Deal is not about stopping climate change. Climate always changes and always will. The United States has cut back on greenhouse gas emissions by about 13% since 2005 to virtually no effect on the Earth’s climate. The net effect of reducing the United States’ carbon dioxide emissions by 80% by 2050 would be negligible.

Even reduction by 100% would have little effect on the climate, but the policies proposed by the Green New Deal would make Karl Marx proud. But realize this; any draconian changes such as these would necessarily change our fundamental way of life. And that, not addressing the ills of climate change, is what the Green New Deal is all about.