The Threat at Home 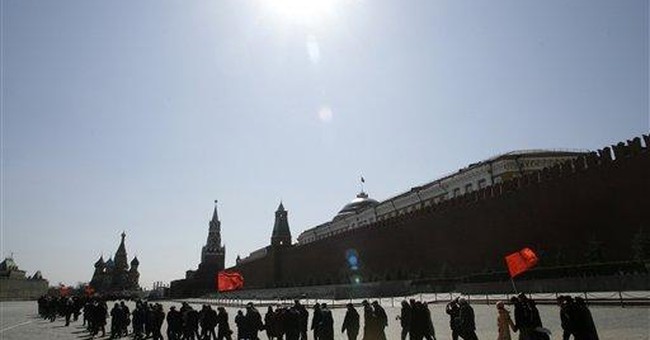 My parents were members of the American Communist Party and I was part of the progressive left which was the communist left and which has grown ominously large toda1y, and has seen its candidate elected to the White House. I was the editor of the largest magazine of the new left, which was organized by the children of communists, so-called 'red diaper babies' like myself. We regarded America as the enemy. We began as an isolated political minority, but the hate America crowd has grown alarmingly in size since then. Today, nobody is embarrassed about slandering their own country even in time of war, and this includes our current President who recently apologized for the actions of his country to Latin American communists, Jew-haters and self-declared enemies, such as Venezuela’s Chavez and Nicarauguan jefe Daniel Ortega, a degenerate who molested his own daughter.

In Obama’s presence Ortega went into a rant against America claiming that our government conducted a “terrorist” war against Nicaragua in the 1980s, when in fact American pressure forced an end to the Sandinista dictatorship and the re-institution of a free press and open elections. What was President Obama’s response to the Ortega attack?”Well, I was only six years old at the time.” In other words, an apology for our “terrorist” acts against the Marxist dictatorship. This is disgraceful and also dangerous.

To answer your question as to how I arrived at the views I now hold, during the early 1979s I was working with the Black Panther Party whose leaders were the heroes of all progressives, who took them to be the victims of American oppression and police brutality. As I soon discovered, the Panthers were, in fact, criminals and murderers and not the victims the left claimed them to be. In 1974, they killed my friend Betty Van Patter, which brought all this home to me. The left protected the Panther murderers and made apologies for their other criminal deeds. Today, campus progressives invite the killers to their schools and give them ten-thousand-dollar speaking fees to denounce America as a “racist” country and criminal nation, which is what progressives want to hear.

The second principal cause of my change of heart was the Vietnam War. I was one of the leaders of the anti-war movement of the time. Of course, these anti-war movements of the left aren’t really anti-war movements in any meaningful sense of the word. They are anti-American movements, designed to make America lose whatever war it is engaged in. If there had been a peace movement during the lead up to the war in Iraq, for example, there would have been at least one demonstration in front of the Iraq Embassy calling on Saddam Hussein to obey the U.N. resolutions and the arms control agreements he had signed. But there wasn’t. Not one. The so-called anti-war activists were not demonstrating for peace. They were demonstrating against America and its efforts to hold Saddam to the UN peace agreements he had signed.

During the Vietnam years, the goal of the so-called anti-war movement was to cause America to lose the war-- and that includes every leader of the anti-Vietnam left -- John Kerry, Jane Fonda, Tom Hayden, and so on. The anti-Vietnam movement wanted America to lose because for the left, for progressives, we are the bad guys: America, the oppressor. America did lose the Vietnam as a result of our protests. The anti-American anti-war movement forced America to give up the fight for freedom in Vietnam, to retreat from the field of battle, to withdraw overnight. It was the same prescription that Nancy Pelosi and Harry Reed and the congressional Democrats wanted for Iraq. Fortunately they failed, and consequently Iraq is not ruled by terrorists today

But in Indo-China the ending was different. Once America quit the field of battle, the Communists proceeded to slaughter two-and a-half million poor Vietnamese and Cambodian peasants – one of the worst genocides in history. But there wasn’t a single demonstration by progressives against this atrocity. Bloodbaths are okay if they are committed by progressives of color in the name of “social justice.”

From communism to Islamo-fascism, the left in America – as elsewhere – has had a lifelong love affair with tyranny and terror, which is the title of an important book that my Frontpage editor Jamie Glazov has just published. It’s called: United in Hate, the Left’s Love Affair with Tyranny and Terror. That is who they are. Progressives are adept at speaking the language of peace and love and justice; but these words are just a smokescreen for their real agendas which are search and destroy. Anybody who has ever encountered a progressive up close in any kind of political disagreement knows that this is a hate movement. They hate conservatives; they hate Republicans; they hate white males, and increasingly they hate Christians and Jews. They hated George Bush.

How can you hate George Bush? He may have done a lot of things that you wouldn’t have done; but how can you hate the man? But they do. They are haters. Their mouths drip with hate. You can’t name a single conservative spokesman from Rush Limbaugh to Ann Coulter, to Sarah Palin to, well, George Bush, who hasn’t been stigmatized, slandered, demonized, libeled, and trashed as indecent, beneath humanity, contemptible, toxic, and viral. And yet conservatives continue to call such haters … liberals!

It is conservatives who are actually liberal. We believe that there should be two sides to a question and that when people disagree with us they are often mistaken, and not necessarily evil. I have written a book with Jacob Laksin about universities called One Party Classroom. Among other things, the title highlights the fact that so-called liberals have purged American faculties of conservative voices. It has been the most successful witch-hunt in American history. Conservatives are as rare as unicorns on the faculties of American universities and there isn’t a liberal in sight who has expressed concern about this deplorable fact or the mentality that makes it possible.

So-called “liberal” professors will assign books on one side of controversial issues – the leftwing side -- and then ram down students’ throats the idea that America is a racist, sexist, homophobic, imperialist country, which therefore deserves to be attacked by freedom fighters who are mis-labeled “terrorists.” If these terrorists happen to commit an unspeakable act every now then, it’s only because they are forced to do it by Jews and crusaders who have left them no alternative. What despicable rot. People have been oppressed for thousands of years without resorting to the evil tactics of Islamic “martyrs.” Until the Palestinians there has never been a people so in thrall to a death cult -- so culturally and morally sick -- as to murder their own children by strapping bombs to them and telling them to blow up other little children and, if they are lucky enough to be male, they will be rewarded by Allah with seventy-two virgins. How depraved is that? And yet there is not a single Muslim state that denounces the evil behavior of the Palestinians and their Hamas leaders, while the American left supports them.

The avatars of the next Holocaust – Ahmadinejad, Nasrallah and the terrorists of Hamas -- are far more open than the Nazis in their determination to kill the Jews. Hitler hid the final solution from the German people. He hid the fact that he wanted to exterminate the Jews because he believed the Germans were too civilized a people to support it. But the Iranians and Hamas and Hizbullah -- they shout it from the rooftops to the cheers of the Palestinians and the Muslim world and Daniel Ortega, and American leftists like Noam Chomsky and Ward Churchill and their academic “progressive” friends.

Conservatives need to understand this about progressives. They hate you; their malevolence will destroy you if you give them the chance. Look at the performance of the Democratic Party leadership during the Iraq War. America’s armed forces were in the field facing enemy fire. The Democrats had authorized the war that sent them into harm’s way. But the minute trouble started – three months after hostilities began -- the Democrats pulled out and went into full attack mode against their own country, against their elected commander-in-chief, accusing America of being the aggressor in the war, a criminal nation, an occupier, and torturer.

And how did they explain their about-face? What reason did they give for first authorizing the war and then conducting a propaganda campaign against it – for first supporting their country and then condemning it, for indicting their own country as an aggressor nation conducting an unnecessary war against a country that posed “no threat.” (These were the precise terms that Al Gore used to attack his president and his country in his book The Assault on Reason, which was an apt description of the book itself.)

The Democratic leaders explained their betrayal of a war they had authorized by saying that they were lied to, that the President “manipulated the intelligence” to fool them into supporting the use of force against Saddam Hussein. But this was in itself the most obvious and biggest lie of the war. Democrats sit on all the intelligence committees and have access to every intelligence secret America possesses. How could Bush manipulate the intelligence data that John Kerry had on his desk? The answer is: he couldn’t.

The Democrats needed this particular lie, however, because they could not admit the real reason for their betrayal. The real reason that Kerry and his colleagues changed their views on the war had nothing to do with the intelligence data or Iraq. It was because a candidate named Howard Dean, who was running on a platform opposing the war, was about to win the Democratic presidential primary as the war moved into its third month. That was the real and only reason why John Kerry turned against the war and for the second time in his wretched career stabbed America’s fighting men and women in the field in the back. For five years while American troops were fighting the terrorists in Iraq, the Democratic leadership conducted a propaganda war against them, showing that they were perfectly willing to risk the lives and safety of our troops for political gains for their party. Shame on them.

You can’t conduct a campaign saying that America is the aggressor in a war without encouraging the enemy and increasing his strength. You can’t destroy national security programs by leaking them to the New York Times and defending the leaks, without endangering American lives. You can’t conduct an open-ended campaign to define America as a criminal nation without sapping Americans’ ability to defend themselves in a dangerous world with enemies who believe that murdering Americans is a fast-track to the kingdom of heaven. But that is what progressives and the Democratic leadership have done – and they are same individuals who are running our nation today.