It's Not Government's Job to 'Root Out' Misinformation

David Harsanyi
|
Posted: Jan 28, 2022 12:01 AM
Share   Tweet
The opinions expressed by columnists are their own and do not necessarily represent the views of Townhall.com. 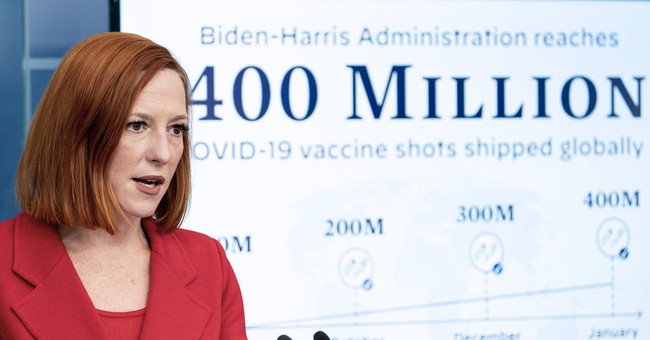 After being asked by MSNBC's Mika Brzezinski about the alleged misinformation spread by the popular "Joe Rogan Experience" podcast and Facebook users, U.S. Surgeon General Vivek Murthy responded with a homily about how "we" must "root out" misleading speech.

"We" don't have to do any such thing. Government officials have no role in dictating appropriate speech or lecturing us on what we can or can't say. In fact, they have a duty not to. Murthy's comments wouldn't be as grating if it weren't so obvious that the Biden administration has been pressuring Big Tech companies, who oversee huge swaths of our daily digital interactions, to limit speech and set acceptable standards.

You might remember that last summer, White House press secretary Jen Psaki causally informed the press that the White House was "flagging problematic posts for Facebook that spread disinformation." Can you imagine the explosive reaction from the establishment media if it had learned that the Trump White House was keeping a list of speech crimes? White House Communications Director Kate Bedingfield also argued that social media companies "should be held accountable" for the ideas of those who use their platforms. President Joe Biden, who previously accused Facebook of "killing people," this week made a "special appeal to social media companies and media outlets: Please deal with the misinformation and disinformation that's on your shows. It has to stop."

It doesn't. I happen to believe that tech companies should enjoy unencumbered free-association rights and be free to keep or kick off anyone they desire from their product. But that position becomes unsustainable if these same corporations, who often spend tens of millions each year in Washington rent-seeking and lobbying for favorable regulations, also take orders from state officials on permissible speech. And no authentic journalist would turn to a government official for guidance on the matter.

It's bad enough that media outlets have abandoned any commitment to upholding liberal ideals of open discourse -- as they not only act as hall monitors who hound tech companies into self-censorship, as virtually all of them did when the New York Post broke the Hunter Biden story before the 2020 presidential election. Self-censorship is as pernicious as any other variety.

Allowing the state to participate in rooting out "misinformation," however, sets a dangerous precedent that can be easily abused by those in power, even if we were to concede that Murthy was acting in good faith. As we've unfortunately learned during the coronavirus pandemic, health officials will often pass on bad information or politically motivated information.

Moreover, the definition of "misinformation" is also conveniently expansive. What was once a conspiracy theory can quickly become a plausible possibility, as we recently learned when evidence emerged that our government may have helped hide and suppress news about the Chinese origins of COVID. Facebook had simply banned such talk for a year. Alleged "misinformation" is often perfectly reasonable inquiry or theorizing. Even if it isn't, the state is not the final adjudicator of the veracity of speech. And anyway, we're free to discuss every harebrained idea we desire.

Health officials and the media have done more to corrode trust in science and government during the COVID era than any conspiracy theorist on social media. Americans aren't sure where to turn, so they often turn to unreliable sources. As with the media, however, the best way for Murthy to fight the spread of undependable information is to rebuild the credibility of his own institution. What we say, or don't, is none of his business.