Get a Grip, Democrats

David Harsanyi
|
Posted: Jul 20, 2018 12:01 AM
Share   Tweet
The opinions expressed by columnists are their own and do not necessarily represent the views of Townhall.com. 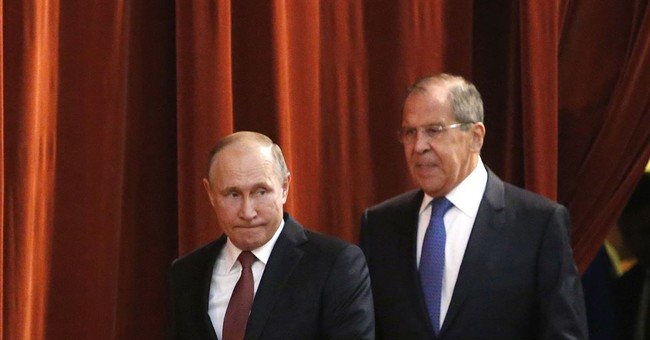 This week, The Washington Post published an op-ed headlined "It's not wrong to compare Trump's America to the Holocaust." As with similar examples of this genre, it's a sickening display of moral relativism that belittles the suffering and murder of millions in the service of some shortsighted and crass partisan fearmongering.

Elsewhere, Politico published an opinion piece headlined "Putin's Attack on the U.S. Is Our Pearl Harbor," which demeaned the sacrifice of American service members by likening a military attack on American soil that brought us into the bloodiest war mankind has ever experienced to phishing.

On MSNBC, where illiterate histrionic analogies litter coverage every day, a contributor compared Donald Trump's meeting in Helsinki with Vladimir Putin to Pearl Harbor and Kristallnacht, just to be safe.

Social media are teeming with similar hyperbole -- "treason," "traitor," etc. -- and not just from anonymous trolls. It's difficult to accept that people with working brains actually believe this rhetoric, and they certainly don't act like it. But if well-heeled pundits keep telling everyone the Fourth Reich is imminent before retiring to their town houses in D.C. every night, some people may actually start believing them. And if phishing and hacking are truly comparable to Pearl Harbor or Kristallnacht or the Holocaust, there's really no reason those accepting these analogies shouldn't also support military reprisals abroad and a coup at home.

Defenders of this hyperbole often claim that they're not making an exact equivalence to the lives lost but rather speaking to the intent of all those attackers. All such attacks, they say, are intended to destabilize "our democracy." Well, yes. But one aspect of similarity doesn't make the events comparable. It would be like saying Iran's spying on the United States - spying that resulted in our military technology's being sold to China -- was comparable to 9/11 because both sets of attackers intended to harm our democracy. If this were so, it would be treasonous to make peace with these nations and completely rational to wage war. Surely, we can find less feverish analogies.

Russia attempted to meddle in our domestic affairs, and there should be retribution and condemnation for those efforts. But our electoral system was not undermined. It withstood, as it has for many decades, Russian attempts to mess with institutions. The reaction to those hacking efforts, on the other hand, does no favors to democracy, and it certainly does no favors to Democrats who are suddenly horrified by the Putin threat.

You may remember how liberals lectured Americans after 9/11 about appropriate ways to deal with terrorists. For the most part, it amounted to saying, "Don't kill them! That's exactly what they want!" Well, it's certain that this is what Putin wants. Few things destabilize democracy more than imbuing a foreign strongman from a second-rate power with the imaginary capability of deciding our elections.

Nor is Trump's ham-fisted, misguided and transparent Putin-coddling tantamount to sedition. For a number of reasons -- including an inability or refusal to make any distinction between Russian "meddling" and attacks on the legitimacy of his election, a trait shared by many of Trump's detractors -- the president is a fan of Putin's. Even though his administration has been tougher on Russia in many respects than the previous ones, there's no way around the fact that the president admires strongmen.

That doesn't make his foreign policy position an act of treason, any more than it was treason for Barack Obama to coddle the Iranians -- even though the former president sided with Iran (and Hezbollah) over American law enforcement. Democrats' hysterics make it impossible for many people to even concede that they have a point to make.

Since Trump met with Putin in Helsinki, many Republicans, including the speaker of the House and the Senate majority leader, have come out in support of the intelligence community's assessment of Russian meddling, weakening the argument that the GOP always walks in lockstep behind the president.

There could even have been some consensus in Washington over how to move forward. Instead, we had elected Democrats spinning melodramatic political fairy tales about the Russkies controlling the GOP, about the need to start a coup and about the presence of kompromat. Earlier this week, an army of blue checkmarks was retweeting and oohing and aahing over an erroneous report about how a Russian spy had infiltrated the Oval Office, simply because the woman in question had red hair and looked vaguely similar to an accused spy.

The Trump news conference with Putin was unhinged. But so is Democrats' reaction to it.