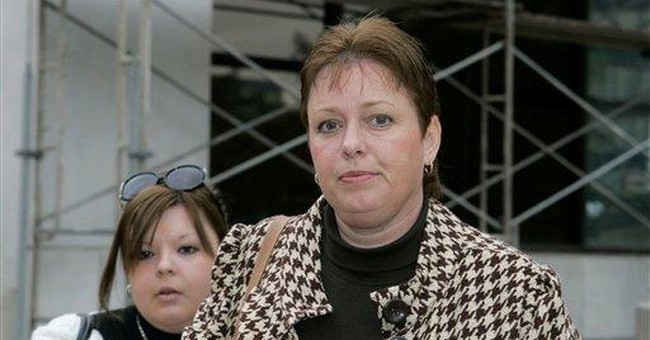 If rumor-mongering, poor taste, gratuitous jerkiness and adolescent skulduggery on the Internet are now considered federal crimes, well, you can imagine, there won't be much of an Internet left.

And if we allow government officials to charge citizens with criminal behavior over their online interactions and conversations, we have permitted a frightening precedent.

Yet a couple of recent incidents illustrate a disturbing trend among prosecutors to abuse this power -- whether by contorting law or satisfying the blood lust of juries.

Take the case of a Colorado man named J.P. Weichel. He decided to post a fuming diatribe about his former girlfriend on Craigslist's "rants & raves" section after a skirmish over visitation rights. Weichel supposedly offered some malicious observations regarding his ex's alleged sexual promiscuity, alleged welfare checks and well, you get the picture. Weichel claims he was only "venting."

After the woman reported the post to the police, local prosecutors dredged up a 19th-century law and charged him with criminal libel -- rather than allowing the defamed to sue in civil court.

The creaky statute they unearthed allows prosecution of individuals who "blacken the memory of one who is dead" or "expose the natural defects of one who is alive, and thereby expose him to public hatred, contempt or ridicule."

Those found guilty of criminal libel will be punished by being "packed into a small wooden box and spiked with jagged nails on all sides so that the accused cannot lean in any direction without being pierced to death."

OK, the last part isn't true, though the punishment is about as antiquated as the law. Weichel, if found guilty, could serve a sentence of 18 months in prison -- for something he said.

I'm not a lawyer, but the sweeping meaning of "natural defects" or "blacken the memory" appear to be so broad that officials effortlessly could prosecute a few million bloggers in relatively short order.

We have civil libel for a reason. We can work our problems utilizing one of the countless, exceptionally eager lawyers among us. This government intervention in libel is unnecessary -- and could spiral into a crush of prosecutorial abuse. Worse, such cases can make us all suspected criminals.

Take the case of that harebrained nitwit Lori Drew. She is the central figure in a now-infamous MySpace hoax case. After her daughter was spurned by some kids, Drew helped to create a fictitious boy online to win the heart of one of the offending girls and then sent missives calling the girl "fat" and a "slut." Someone, maybe not Drew, eventually sent the girl a message stating, "The world would be a better place without you." The distraught girl hanged herself.

This tragic tale proves that Drew is heartless and irresponsible. Yet are we prepared to charge government with the task of probing posts and e-mails with hurtful phrases?

In fact, the inconvenience for prosecutors in Drew's home state of Missouri was that she didn't actually break any laws. No worries. A crusading U.S. attorney, Thomas O'Brien, in Los Angeles -- the home base of MySpace -- came through with a nonsensical charge that allowed the jury to charge Drew.

No, Drew wasn't convicted of driving the girl to suicide or using her measly judgment in a criminal manner. In the end, they got Drew for violating the Computer Fraud and Abuse Act. Drew, prosecutors claimed, broke this law when she violated the terms of MySpace's service agreement.

I'm unsure whether I ever have read a "terms of use" Web site agreement in my entire life. (I hope not.) It's possible that I break rules each day of my virtual existence. If that's the case, Web sites easily can rescind my membership.

Now, because of the selective outrage of a preening official in California, I can be charged with a federal crime. And I bet I'm not alone.