Values: The Foundation of our Culture and Economy

David Grantham
|
Posted: Oct 13, 2016 12:01 AM
Share   Tweet
The opinions expressed by columnists are their own and do not necessarily represent the views of Townhall.com. 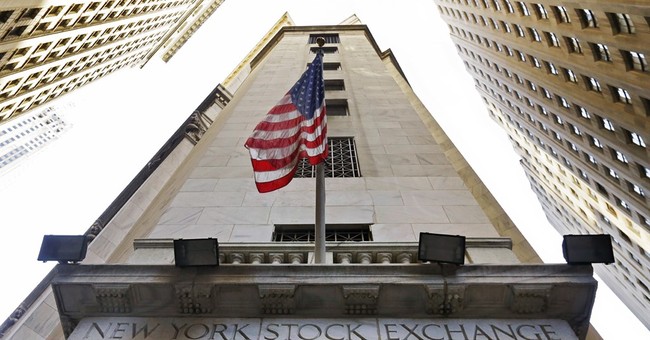 Economic indicators point to the possibility of yet another financial meltdown, perhaps worse than the United States experienced in 2008. Household debt has risen to nearly $12 trillion, downward regulatory pressure on businesses recently reached $6 billion, and the current recovery remains the slowest in the post-World War II era. The numbers look bleak. But those are symptoms of a larger ailment.

Our country is experiencing an ethical malaise that has inspired a value-neutral and morally relative leadership model that continues to negatively impact government policy, business and families. We as a community bemoan public corruption but fail to promote the values that might have prevented it. The illogical conclusion that a Bible can be read in prison but not in school is akin to the old English saying, “The beatings will continue until the morale improves.”

A lack of adherence to an ethical code of conduct was at the root of faulty decisions leading to the financial crisis in 2008. From government to banking, credit raters to home buyers, an absence of honesty, integrity and fiduciary duty at the highest level allowed for a near collapse of America’s financial market.

The 2008 meltdown should have taught us that our livelihood rests on more than numbers and spreadsheets. It should have reminded us that neither regulation nor a lack thereof can engender principled behavior. Instead, these events exposed our culture’s growing indifference to moral convictions; our growing dependence on modern day trends to determine truth. Indeed, some discredited values of honor, truthfulness and integrity as ancient and stale. But how can we as a country fail to promote those values and then express shock when the system fails us? Famed author and Oxford Don C.S. Lewis reminded us that we all too often laugh at honor and are then surprised to find traitors in our midst.

Morality is inherently stamped on our souls and connects us with that which we hold in most reverence. It guides our individual actions. It determines our community. Reasoning away absolute truth leads to a self-centered worldview, which breeds confusion and chaos. As Pogo opined years ago, “the number one enemy is us. Character requires a reality that is larger than us.” Leadership must do what is right, when it is right, because it is right.

American businesses faced a difficult stretch after the bankruptcy of Lehman Brothers, the great recession and the near collapse of the world’s financial structure. Businesses became the target of shrill rhetoric and finger pointing from the White House and Capitol Hill. The atmosphere encouraged a bashing of the entire free enterprise system.

Except for those companies responsible for the system of easy credit and disguised risk, American business has nothing for which to apologize. Instead, it must make the moral and ethical case for free enterprise as a system that has lifted more people out of poverty and created more wealth than any other system in history.

Outside the family, churches and communities, the marketplace is the vanguard for moral truths in a free-market society. Economic freedom makes it incumbent beyond anyone involved in business, from a fortune 500 company to a family-owned bakery, to live by a creed that betters both themselves and the people around them. Business leaders must live by moral convictions and clear principles that guide their company’s operations. This strategy, in turn, positively influences the surrounding community. As business expert and author of Values, Inc., Dina Dwyer-Owens observes, a public ethos can only begin in a company that privately practices a code of values.

Sadly, this current malaise has imbued our children, our country’s future leaders, with false expectations. We are asking the next generation to return to a value-based society that has not existed in their lifetime. Moral clarity rooted in truth, integrity and faith remains the bedrock of loving homes, successful businesses and a functioning society. We must promote that. The continued teaching of moral relativism and humanistic thinking will only confuse truth.

To paraphrase Bertrand Russell: values are not a matter of taste and perception, but exact and understandable. Such an understanding does not eliminate risk. But a clear set of values can help avoid self-induced destruction as we so recently experienced. We will not act on what we do not believe. We need to prepare for the battles to come: For if the trumpet give an uncertain sound, who shall prepare himself for the battle?

Cary Maguire is CEO and President of Maguire Oil Company and Components Corporation of America, founder of SMU’s Maguire Center for Ethics & Public Responsibility and one of the leading philanthropists in Dallas.

NCPA President/CEO James H. Amos, Jr. grew Mail Boxes Etc. into the world’s largest and fastest growing franchisor of retail business, communication and postal service centers when he was CEO. He is in the International Franchise Association’s Hall of Fame, is a decorated Marine Corp veteran and author of several best-selling books.

Dr. David Grantham is a Senior Fellow and Project Manager of the Financial Crisis Initiative at the National Center for Policy Analysis. He holds a PhD in history from Texas Christian University.