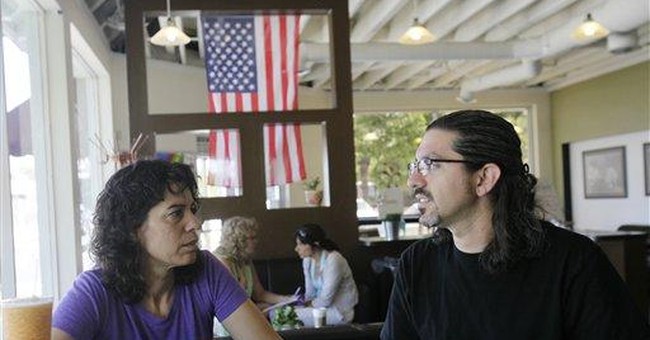 The resistance is well underway.

Affluent Americans – defined as the top 20 percent of U.S. households by income – spent about 10 percent less in 2008 than they did in 2007, according to a study by luxury-goods researcher Unity Marketing. And those households with incomes of $250,000 or more are cutting back on spending even more than all affluent households overall. 54 percent of these consumers are spending even less in 2009 than in 2008.

Those $250,000+ earners, threatened and demonized by President Obama, are retaliating with their most powerful and damaging weapon: not spending. It is a quiet, deliberate, determined, very real resistance.

To be sure, some of the cutbacks in spending are related to investment losses, job losses and actual reduction of spending capacity. But much more has nothing whatsoever to do with the ability to spend – only with the unwillingness to spend.

Most in media do not understand the reality of this deliberately reduced and postponed spending as a political resistance movement. But that’s what it is. I’ve talked to many affluent entrepreneurs and professionals who have worked hard for years to finally reach their present income levels. They are intentionally refusing to spend money as a means of protest.

I was recently thinking about replacing my Ford Explorer with a new SUV, at minimum a new Explorer, but perhaps a Lincoln Navigator or Cadillac Escalade. The day Obama first trumpeted the proposed 5.4 percent tax surcharge on gross income of us high-productivity, high-responsibility, high income earners I changed my mind. Instead I spent $514.00 getting a little fender ding months old fixed, paint scratches touched up and the car detailed. The $30,000.00 or $40,000.00 I would have spent on the new car – and I’m a cash buyer – can sleep idly in the bank until the man who has chosen me as his target is gone. And I view it as deliberately depriving him of spending he desperately needs to help his economy. He needs me and others like me buying a new car a whole lot more than I need one.

This is also the first calendar year in at least a decade in which I’ve gone 7 months without buying so much as a single stitch of new clothing. Not a necktie, not a sports-jacket, not a shoelace. Not because I lack the financial ability. And not because I lack interest. I usually buy at least a few new things each season, and for my speaking engagements, I’m actually overdue a new suit. A store I patronize even advertised a remarkably attractive offer last week, offering two free suits with purchase of one. But I will not give the president even a dime of help. I have joined the Affluent Resistance Movement.

Business owners, CEO’s and entrepreneurs are resistors too. Fred Smith at Federal Express has outright stated his company’s order for a fleet of jets is pending and subject to cancellation should the speed-to-unionization scheme Obama supports be enacted – in effect, another epic tax on businesses like his. More CEOs need to step up and make similar threats. If the President will threaten business, why shouldn’t business threaten back?

Together, those in the resistance should all go public, and tell the affected merchants, service providers and professionals why. Business leaders can explain to their vendors that the money not spent with them is political resistance. If those of us in the $250,000+ targeted group, and those who lead companies small and large, all cut spending by yet another 10 percent or 20 percent, we can protest more emphatically than if we all picked up placards and marched up and down Pennsylvania Avenue. We can demonstrate that no power trumps the power of the purse.

It pains me greatly to suggest this, since I advise businesses on marketing and I am paid to help them boost sales. But desperate times demand desperate measures. So I say: send a message. Join the resistance. Buy nothing.