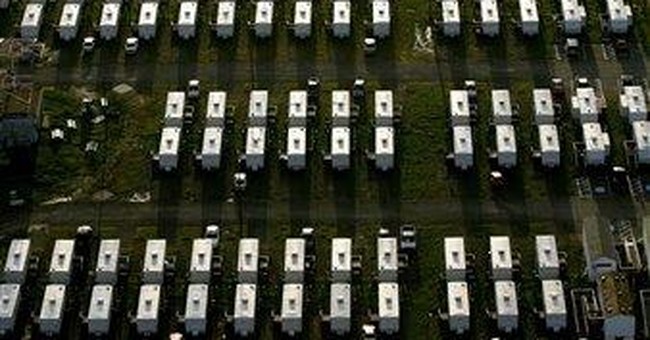 Sunday was the first day of FEMA’s Hurricane Awareness Week—and also the 1,000-day anniversary of Hurricane Katrina’s landfall. The event’s tagline, “Get Serious. Be Prepared.” carries a subtle undertone: be ready, because we’re not. Almost three years after Hurricane Katrina, the federal government is aware of hurricanes. But they’re still not ready.

FEMA and its partner federal agencies argue that better coordination among agencies, combined with preparedness efforts by citizens and communities, means a better response to the next big storm. The truth is, they’re nowhere near ready. The relationship between different levels of government has been clarified on paper—but not in reality. The almost 400-page National Response Framework, unveiled in January to much fanfare, doesn’t reflect key lessons the government should have learned from Katrina.

But while governments at all levels have been playing the blame game and fiddling at the margins, social scientists in the Gulf Coast have been quietly studying what works in disaster response. Here are some tips for dealing with the next six months.

For-profit companies can help with disaster relief—sometimes even more effectively than the government. Unlike FEMA and other bureaucracies, retailers live and die by customer loyalty. Moving supplies from place to place as efficiently as possible is their stock and trade. Why can’t they build brand loyalty and bring their supply chain management expertise to disaster response?

The answer: they can. And they do. After Katrina, large and small retailers sought to be good corporate citizens. They didn’t “price gouge,” since that alienates customers. They quickly and, despite some government efforts to keep them out of affected areas, effectively got supplies where they were most needed.

Moreover, many big-box retailers reopened almost immediately after Katrina–providing jobs and supplies critical to rebuilding. Disaster response planning must allow retailers to do what they do best: bring goods to market. Unfortunately, there’s still little room for them to do so.

If you get hit by a hurricane, look for Home Depot Homer or Wal-Mart’s bouncing smiley face. They’re probably more likely to have duct tape and water than the federal bald eagle.

Neighbors matter. News flash to Washington: families rebuild their homes as parts of communities, not in isolation. If nobody is coming back to your block, chances are you won’t either.

The most successful neighborhood rebuilding efforts in Louisiana and Mississippi are those where neighbors share plans and work together. It’s neither safe nor inviting to be alone in a large neighborhood. And without knowing what your neighbors are doing, it’s hard to make your own plans. Relationships among people and families, not the diktats of urban planners, determine which neighborhoods get rebuilt, and which never recover.

What does this mean for you? Join your local civic association. If there isn’t one, start one. Share cell phone numbers and email addresses. If your community is scattered to the four winds, getting back in touch quickly will be important.

If you’re a policymaker, it’s better to under promise and over deliver. Politicians at all levels of government were quick to promise the moon to Katrina’s victims. Indeed, there was a veritable flood of promises—so many that residents had difficulty determining which were likely to come to fruition. New Orleans has had five rebuilding plans in under three years, which promise much but have yet to deliver.

While well-intended, politicians must not promise more than they can actually deliver. So if you’re an official, make small promises—and fulfill them. It’s better to promise that the electricity will be back on in 90 days and have it done in 60 that to promise grand visions that will never materialize. In other words, remember what your parents taught you: don’t lie to people. It’s not nice.

You’re on your own. The most honest disaster response plans admit that, for the first hours and sometimes days after a disaster, you’re on your own. No amount of government planning, and no amount of money, can bring in the cavalry within minutes of a disaster. There’s no federal agency for plucking people off rooftops, so when you plan for hurricanes or other disasters, being truly ready means preparing to do everything on your own.

This isn’t meant to sound cold-hearted. It’s just realistic. Preparedness begins in the community and in the home. No matter who’s in charge, FEMA and first responders can only do so much. As the 9/11 Commission Report noted, civilians are the first responders to terrorism. The same is true of natural disasters.

There’s no need to fret, or call your Congressman, or build a fallout shelter. A little common sense and preparation can go a long way.

That’s as true for your household as it is for bureaucracies. Hopefully, you can learn what the government doesn’t seem to have.