Dan Horowitz
|
Posted: Jul 12, 2016 12:01 AM
Share   Tweet
The opinions expressed by columnists are their own and do not necessarily represent the views of Townhall.com. 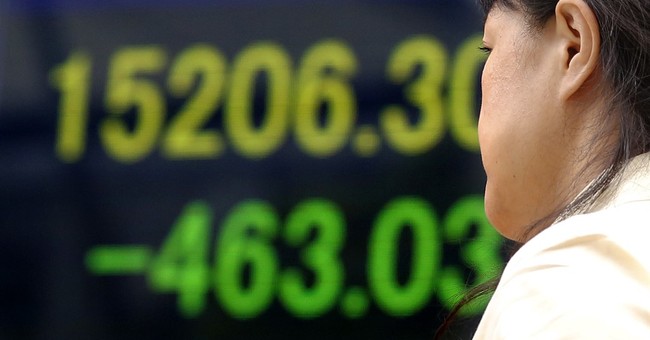 Since the dawn of the progressive era, the government has not ceased in passing occupational licensing laws — mandates requiring entrepreneurs first possess a government license allowing them to sell a good or perform a service — each in the name of “protecting” the people. In most cases, however, these schemes aren’t truly passed to save lives, but rather to protect existing business interests while artificially increasing prices consumers pay.

The government has imposed hefty fines on barbers for not carrying government licenses. It has thrown women in jail for braiding others’ hair without government approval. Governments have forced citizens to take a test just to sell a flower arrangement - a test graded by existing florists. And now, the government plans to impose hefty fines and punishments on online contact lens vendors for the “crime” of successfully competing against the medical lobby.

Over the years, the eyecare industry has been subjected to a long and windy road of crony capitalism. Before 1978, the government allowed eye doctors to control exactly which brand of contacts their consumers could use and purchase. Doctors were not obligated to provide customers with a copy of their prescriptions, nor were they obligated to allow customers to shop around for better pricing. Whatever the doctor said went. Usually, this meant mandating that consumers purchase lenses directly from their own office at whatever inflated cost they set.

Thankfully, in the late 1970s, the Federal Trade Commission ruled against this corrupt and collusive practice, allowing U.S. consumers to shop around elsewhere for contacts for the first time in history. In 2003, the Republican-controlled Congress took this free market reform even further by enacting legislation that forced all eye doctors to provide to patients copies of their own contact lens prescriptions, as well as verify those prescriptions to any and all contact lens sellers.

This drastic lifting of red tape allowed the contact industry to thrive for the first time. In one full swoop, it allowed the free market to flourish and drastically pushed prices down. Consumers were enthused — they could now receive prescriptions and order contact lenses from the comfort of their homes at a fraction of the cost.

Of course, this increase in competition sent the medical lobby scrambling. Hoping to regain their unchecked market share, eyecare professionals have recently enlisted the help of the government to shut down these cost-cutting innovations.

Cassidy’s bill will destroy competition by imposing new, costly mandates on web-based sellers of contact lenses. One provision will require that contact lens sellers pay for doctors to have their own private toll-free number for communication. Another provision will artificially inflate optometrists’ market share by restricting which types of prescription can be verified, eliminating the ability for those people to choose where they purchase their contacts.

Forcing an already highly regulated industry to comply with yet more needless laws would be a ridiculous example of more crony capitalism and less free market economic sense. Other countries around the globe have already have proven this fact. Japan and most of Europe don’t require a prescription to purchase lenses, and yet these same countries haven't experienced an increase in contact-related eye infections.

Yet, Senator Cassidy has managed to get language inserted into a Senate spending bill forcing the Federal Trade Commission to “consider modifications that prioritize patient safety and strengthen enforcement mechanisms aimed at combating illegal sales of contact lens based on expired or non-existent prescriptions.” That’s Washington-speak for shut down competition. Crony capitalism costumed as an effort to protect patient health.

When push comes to shove, all conservatives should be embracing the free market innovations that are improving the lives of Americans countrywide, not pushing them aside. Republican legislators who support popular companies like Uber and Airbnb are displaying a fatal inconsistency by carrying the ball for friends, favored groups and private interests hidden behind the scenes. If the American public wants the government’s addiction of crony capitalism to end, it should begin crying loudly and frequently for Congress to eliminate this latest example. If we’ve learned anything from our government’s previous regulatory threats on popular companies like Uber and Airbnb, it’s that consistent and effective protests by the general populace is the kryptonite to any legislator's corrupt, anti-free market schemes.