The Second Amendment and a House Appropriations Bill

Dan Horowitz
|
Posted: May 12, 2016 12:01 AM
Share   Tweet
The opinions expressed by columnists are their own and do not necessarily represent the views of Townhall.com. 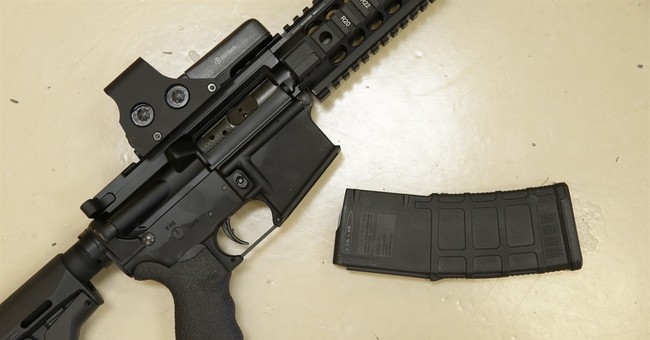 Republican casino magnates are pro free-market — that is, until they realize that free market competition can potentially burn a hole through their own pockets. In such cases, they close their eyes and spin the political roulette wheel instead of holding firm to their principles.

Case in point: billionaire Republican donor Sheldon Adelson and his attempt to hide self-serving legislation within an Appropriations bill.

Adelson, a casino magnate who has invested billions of dollars in the gambling industry, is waging a campaign to place a federal ban on the “dangerous, unethical” practice of online gambling. Sadly, he is doing so in willful ignorance of the legal and policy implications to core Republican tenets.

In 1988, Adelson purchased a Las Vegas celebrity hotspot, the Sands Casino for $128 million. He followed this investment by first building the $1.5 billion Venetian Resort Hotel Casino in Vegas and then the $5.5 billion Marina Bay Sands Hotel Casino in Singapore. But now — as new technology has reduced the value of his investments — Adelson has suddenly become concerned with the so-called “hazards” of online gambling and wants the federal government to outlaw it.

Adelson’s war against internet gaming is puzzling given his past glowing endorsement of the industry. The billionaire Republican donor once said to the New York Times, "If the market sees a way into expanding in electronic gaming, we'll be in it." And he tried! From 2001 to 2007, Adelson’s Sands Corporation invested more than a million dollars in an attempt to develop an online gaming site. It wasn’t until that venture went bust that Adelson developed such a sour opinion of the online gaming industry.

Adelson’s authoritarian campaign is unfortunate, because in a century filled with big government enacting scores of cutthroat regulations, red tape in the gambling industry has actually been significantly reduced in recent years.

In 1961, the Kennedy Administration enacted the Wire Act to stop the Mafia from running bets on sports. However, as the internet came along and began to offer poker and other casino-style games, the Department of Justice began to expand its interpretation of the law.

Thankfully, this unconstitutional interpretation was struck down by a federal court in 2011. Since then, the Justice Department has changed their interpretation of federal law, stating that the Wire Act was only meant to regulate sports betting. In all other cases, states are again free to set their own laws with respect to gambling.

As a constitutional conservative, Alderson should know that the Tenth Amendment reserves any power that is not given to the federal government for the states. Perhaps Adelson is carrying a doctored copy of the Constitution — or perhaps he’s just a hypocrite — but as states like New Jersey, Nevada, and Delaware began to legalize online gaming, the billionaire casino magnate began ordering members of Congress to pass the Restore the American Wire Act (RAWA), legislation written by his own lobbyist, to overturn laws passed in their own states.

Adelson's anti-online gaming scheme has all of the elements of crony capitalism: a billionaire puppet master, meek Congressmen, and, of course, shameless consequences that limit our freedom.

Unfortunately, however, further lining Sheldon Adelson’s pockets won’t be the only consequence of RAWA being secretly hidden in an Appropriations bill. The legal impact of RAWA would be far wider. This legislation is the Trojan horse that Democrats need to begin waging war on internet sales of guns and ammunition. Should Adelson’s campaign succeed, liberals are already lining up legal arguments to claim that regulating internet gun transactions should also be a federal government matter — and Adelson’s precedent will be there for Washington’s Big Government to intervene.

The fate of RAWA now lies in the hands of Texas Republican Congressman John Culberson’s Appropriations subcommittee. As a self-proclaimed limited government Republican, Mr. Culberson should stand up to this power grab that threatens federalism and state’s rights.

In the coming months, we will see what’s more powerful — Sheldon Adelson’s checkbook or the integrity and resolve of Washington Republicans.

Should it be the former, all Americans can thank Sheldon Adelson and his marionette puppets in Congress for letting the federal government stomp out the federalist principles that our country was founded upon —including our right to bear arms.