Dan Horowitz
|
Posted: Mar 29, 2016 12:06 PM
Share   Tweet
The opinions expressed by columnists are their own and do not necessarily represent the views of Townhall.com. 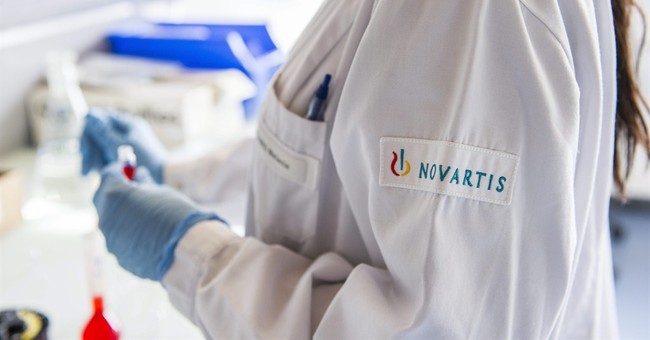 Perhaps in any other year, this would be unsurprising. After all, the Reaganite worldview that's held sway in the GOP for over thirty years has always had free market policies at its core.

This year, however, that orthodoxy is being challenged. The current frontrunner, Donald Trump, has left many parts of it in tatters, perhaps no more so than health care, where he has appropriated what was literally a Bernie Sanders applause line into his own rallies.

Sanders and Trump have both asserted that if only the federal government negotiated the prices it paid for the drugs that Medicare patients buy, it would save money. Trump, adding his own special touch, claimed it would save four times the total amount the government spends, which is quite obviously impossible.

Conservatives have been fighting against this “policy” for a generation because the “negotiation” is just price controls in disguise.

First of all, the government already buys drugs at the market price, which, owing to the laws of supply and demand, generates much more downwards price pressure than any honest negotiation between drug-makers and a single buyer ever would.

This makes a big difference when the government uses Medicare enrollees as “leverage.” Patients on a private plan change plans if the drugs they need aren't available. But when the government is at war with Pfizer or Novartis, Medicare patients are just out of luck. There's also the fact that the “buyer” of Medicare drugs also decides whether a company's new medicine can go on the market or can simply wreak havoc on every facet of its business.

Thirdly, as you might expect, the government is just not very good at saving money. There is no group of people, whether public shareholders or internal management, who make extra income when they spend less.

The outcome of Trump's "Bern-ing Drug Plan" is already well documented in other nations. Price controls on drugs creates unintended consequences that any market savvy, cost-cutting business would immediately realize and take steps to mitigate - steps which dilute any theoretical cost savings from giving the government what is essentially a soft price-control power over the drug market.

There are other countries which have tried drug price controls. Quite simply government bureaucrats prohibit or simply ration the use of more expensive but more effective drugs. Doctors are compelled to go about prescribing higher quantities of less expensive and less effective drugs. The end result is that drug spending, counter intuitively, went up. Indeed drug spending as a percentage of overall health care spending is much higher in countries that have adopted price controls.

Most conservatives, even without detailed context about the unique circumstances of a market like prescription drugs, instinctively understand that price controls are no free lunch. It's like the minimum wage: if it's a such a good idea, why not set it at $50 an hour? Or $1,000 an hour? Because then you would make millions of jobs too expensive to justify, creating obscene profit motives for automation, and hurt the very people you say you want to help.

Price controls on drugs mean rationing for Medicare patients in the short-term, higher drug costs in the near-term and a greatly harmed research and development pipeline in the long-term. That's why a healthy 93 percent of activists reject that thinking. For candidates trying to unify the GOP, it's time to pay heed to what they're saying.