If Burwell Was Decided Correctly - What Explains Oregon? 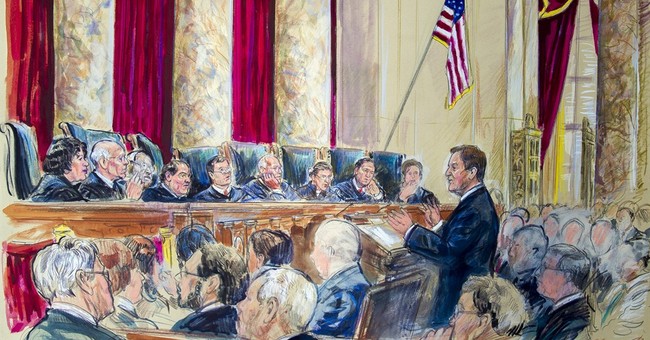 Chief Justice John Roberts’ majority decision in King v. Burwell, makes long and convoluted arguments to excuse "inartful drafting" by Congress to allow subsides to flow to Obamacare recipients not part of a state exchange. Roberts chose to take on the role of a legislator to fix and rewrite a statute despite its clear meaning. If the Internal Revenue Service (IRS) believed it could handout tax breaks for both state and federal exchanges, why handout over $5 billion to states to set up their own exchanges under the law rather than one federal exchange to begin with?

Oregon was one of the states at the front of the line to receive federal grants to establish their own exchange. The state received nearly $300 million dollars in a gold rush of federal cash. Then Gov. John Kitzhaber was a champion of Obamacare and was a White House supported leader in an effort to establish a state exchange, as required by the law. Shortly thereafter Cover Oregon came off the rails and its story is one of incompetence, and perhaps, criminal malfeasance.

Heading into what was expected to be a tough re-election, Kitzhaber's political team, lead by Patricia McCaig, believed that Cover Oregon could be a centerpiece of their re-election efforts. In addition to the hundreds of millions in federal funding, the state plowed millions into the creation of the exchange and topped off the campaign with an ad campaign so incredibly ridiculous it was mocked by late night television host John Oliver. By the time the numbers were added up Cover Oregon received over $300 million in taxpayer support.

But there was a problem. The site was not working. The techies working on it ran into the same difficulties that the federal exchange had - the website was not functioning properly. The designers and creators of the website pleaded for time to allow alpha and beta testing but failed to realize they were on a different clock than their federal counterpart. Decisions about the site were not going to be made in accordance with the timing of technology. Decisions were going to be made in accordance with Kitzhaber's re-election campaign.

When the political pressure came to a boil, Kitzhaber tasked McCaig to oversee the project. The self-proclaimed "Princess of Darkness" simply decided to turn the lights off. Despite reports from the contractors that the site would soon be functional, she pulled the plug on it and shut it down. Oregon threw more than a quarter of a billion taxpayer dollars into the wind to help ensure Kitzhaber was re-elected. The state joined the federal exchange.

The Chairman of the House Government Reform Committee, Rep. Jason Chaffetz (R-Utah), wants to know what happened. When the press reported that Kitzhaber's political cronies were seeking to destroy emails relating to the scandal, he sent a letter seeking to preserve the documents to state officials. We appear to have found someone who actually cares where and why the $300 million disappeared. One can only hope he follows up with the scrutiny and seriousness this deserves.

The story of Cover Oregon and the ongoing scandal begs the question: why did the federal government bother in the first place? Why did they hand political hacks in Oregon hundreds of millions of dollars if the statute was as clear as they argued in court? Wouldn't have one federal exchange been easier and more effective than tossing over $5 billion into state exchanges like Oregon and Hawaii that are failing and collapsing before our very eyes? One only wishes that Chief Justice Roberts had been willing to ask that question before he wrote the Burwell decision.