Obama’s Next Pivot: The Middle Class 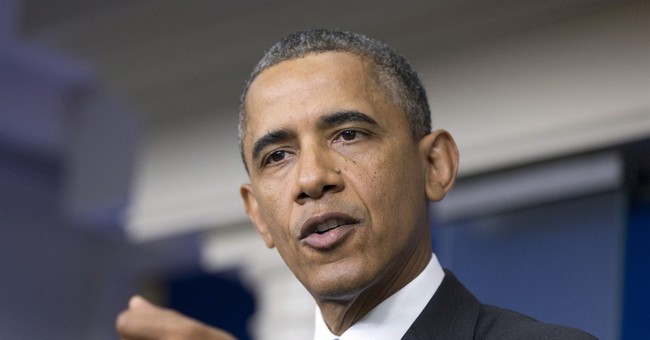 Most Americans don’t remember the last time President Obama tried to hit the reset on America’s national political dialogue by giving a rousing speech on his economic vision for the middle class. And even if they did, what difference would it make? The turbulence of the Obama economy is one of those things most folks (regardless of economic class) would just as soon forget.

But you know what they say at 1600 Pennsylvania Avenue: if at first you don’t succeed, try, try and try again...or at least talk about trying. And that is exactly what will happen on Wednesday when President Obama heads to Knox College in Illinois to deliver what is being billed as the first in a series of economic speeches.

In an email sent from the White House, Senior Advisor to the President Dan Pfeiffer explained the speech “will include new ideas and new pushes for ideas [Obama] has discussed before. They'll outline steps Congress can take, steps he'll take on his own, and steps the private sector can take that benefit us all.”

Oh, where do we begin?

Congress: Senate Majority Leader Harry Reid (D-NV) went nuclear in 2011 to ensure senators could not cast a vote on the President’s second stimulus proposal. Even members of his own party don’t care what “steps” he outlines.

Executive Branch: From the recent delay of the employer mandate to the decision to stop defending DOMA, the Obama administration has shown little respect for the rule of law or separation of powers. We’ll surely see a “if Congress won’t act, I will” line thrown into this speech.

Private Sector: According to the Heritage Foundation, “annual regulatory costs increased by more than $23.5 billion during President Obama’s fourth year in office.” If his call for collective action falls on deaf ears, we’ll know why.

The White House apparently understood the timing of the push seems a bit odd because Pfeiffer’s email kindly offered a “why not” justification:

“Well, we've made important progress with the Senate passing comprehensive immigration reform and will continue to work with the House to push to get that enacted into law. But the President thinks Washington has largely taken its eye off the ball on the most important issue facing the country. Instead of talking about how to help the middle class, too many in Congress are trying to score political points, refight old battles, and trump up phony scandals.”

Few Americans would argue with Pfeiffer’s assertion Washington has taken it’s eye of the ball, which is why his invocation of immigration is so bold. In nearly every poll taken, the number of Americans that say immigration is a top priority is in the low single digits. Pfeiffer acknowledges immigration reform (i.e., amnesty) must get done even though it is not a priority for the American people. Of course, he quickly denounced anyone else who dares to “score political points.”

The duplicity doesn’t end there.

“Wages also seem to take a hit in the first decade or so, according to CBO. If Heritage is right about the heavy fiscal costs of amnesty starting around 2026 (13 years after a potential enactment), then it would be even more important to measure post-tax wages than simply per capita GNP or wages in any event.”

When you hear President Obama speechify about the middle class on Wednesday, remember these ten words from Senator Jeff Sessions (R-AL) during the amnesty debate: “wages of U.S. workers—which should be growing—will instead decline.”