The Freight Train of the Economy Could Be Derailed

Dan Celia
|
Posted: Feb 15, 2018 12:01 PM
Share   Tweet
The opinions expressed by columnists are their own and do not necessarily represent the views of Townhall.com. 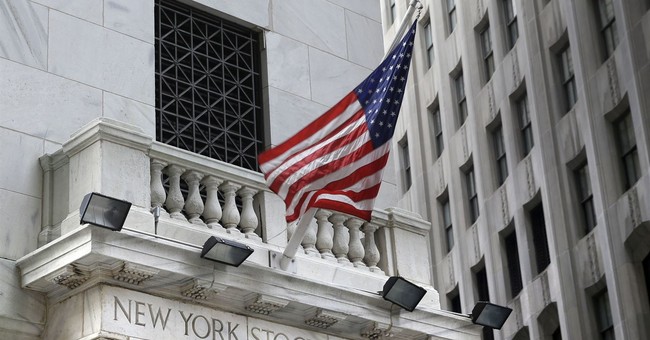 Many market observers are talking about how higher interest rates and the prospect of increased inflation could threaten a sustainable and growing economy. People are also talking about the Federal Reserve and whether they will raise or lower rates, and how that could affect the economy. Yes, it sounds a little bit like 2010—with too much attention on the Federal Reserve.

All of this negativity has a ring of truth to it if you want to talk about the markets, but the fact is the underlying fundamentals of the economy are still in very good shape. Of course, the news media and many others are far more concerned about the rise and fall of the markets than the economy. I call that the “Obama/Bernanke Normal,” where everyone hangs their hat on thinking false positives are significant when it comes to real growth.

Still, we do have a problem that is far greater than any of this—indeed, it could derail the economy. Understand that when the economy is growing, the markets will take care of themselves. Yet, there is one realization about the economy that seems to hopefully be sinking in to our nation’s capital.

Over the past 18 months, I stated in several articles that our biggest problem is if the labor participation rate from the Bureau of Labor Statistics is accurate. In fact, I have severe doubts it is accurate. If it is, we’re in big trouble, because I think a labor shortage could derail the economy.

Now, the economy’s fundamentals are strong. By all accounts it looks as though we are poised and ready for a thriving economic environment. The problem is, it won’t be sustainable if we don’t have enough workers. The economy won’t come to a screeching halt because of inflation or higher interest rates, but because of a lack of workers. Without an adequate workforce, there will be no sustainable, growing economy.

There is much fiscal policy and legislation that must come out of Washington, D.C., but a priority has to be legislation to make changes in the legal immigration process, especially streamlining the process. Yes, we need to have extreme vetting, but without all the bureaucracy that typically accompanies it. We need to have people who are coming to America because they want to assimilate into the American culture, and who want to pursue the opportunity for prosperity for their families and future generations. There are more than enough workers out there willing to do that, but between bureaucratic costs and regulatory burdens, it will be very difficult to keep pace with the demand for workers in a thriving economy.

I think this administration believes, as I do, that the economy is poised to grow and ready to be strong and sustainable. If so, before they take another step on any kind of stimulus programs like infrastructure and lessening regulatory burdens, they better start thinking about reforming the immigration process. And the rest of us better stop thinking about growth and begin to understand that without enough hard-working Americans on hand, there won’t be any sustainable growth.

We can have everything perfectly in place in our economy, including lower taxes, more incentives for corporations to grow, fewer regulatory burdens, and a small business environment that is much friendlier and more inviting. We can have higher wages, better medical care and companies willing to share their profits. But all of that is for nothing if we don’t have an educated and willing workforce to participate in America’s greatness.

I would expect that if the economy begins to stall and sputter, the markets become stagnant, inflation begins to rise and the fundamentals for growth begin to fall, it will because we don’t have enough labor to sustain our workforce. I know there is much work for our legislators that needs to be accomplished. But somehow, the labor shortage must have a place on their priority list. Otherwise, the unintended consequence will be an intentional windfall for liberals and progressives.